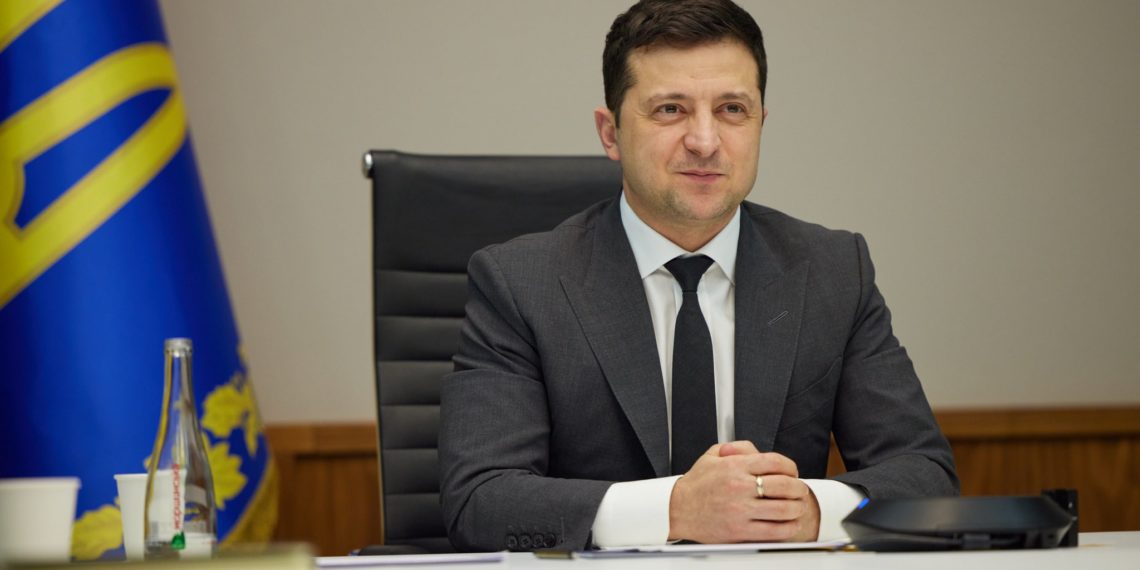 "The fight is here; I need ammunition, not a ride,” Mr Zelenskyy says.

Ukrainian President Volodymyr Zelenskyy has turned down an evacuation offer from the United States, saying he needs ammunition and not a ride, the Ukraine embassy in Britain said Saturday on Twitter.

“The fight is here; I need ammunition, not a ride,” the embassy quoted the president as saying, adding that “Ukrainians are proud of their President.”

US intelligence officials are concerned that Kyiv could fall under Russian control within days. But President Zelenskyy remains undeterred despite Ukrainian forces being outnumbered and outgunned by Russia’s military.

In a video posted Saturday morning on Twitter, Mr Zelenskyy said, “we are not putting down arms.”

President Zelenskyy also said that Russia had named him “target number one,” and “my family is the number two target. They want to destroy Ukraine politically by destroying the head of state. I will stay in the capital. My family is also in Ukraine.”

He also voiced frustration with the outcome of discussions that he said he had with the heads of NATO member states.

“We have been left alone to defend our state,” Mr Zelenskiy said. “Who is ready to fight alongside us? I don’t see anyone. Who is ready to give Ukraine a guarantee of NATO membership? Everyone is afraid.”

However, in a tweet on Saturday, President Zelenskyy said, “It is a crucial moment to close the long-standing discussion once and for all and decide on Ukraine’s membership in the #EU. Discussed with @eucopresident further effective assistance and the heroic struggle of Ukrainians for their free future.”

NetBlocks, an internet blockage observatory, Saturday said Internet connectivity in Ukraine has been badly affected by the Russian invasion, particularly in the southern and eastern parts of the country where fighting has been heaviest, Al Jazeera reported.

Connectivity to GigaTrans, Ukraine’s main internet provider, dropped to below 20 per cent of normal levels before returning to higher levels in the early hours of Friday morning, NetBlocks said.

“We currently observe national connectivity at 87 percent of ordinary levels, a figure that reflects service disruptions as well as population flight and the shuttering of homes and businesses since the morning of the 24th,” Alp Toker, director of NetBlocks, told Reuters.

This is the third day of Russia’s invasion of Ukraine. UN Deputy High Commissioner for Refugees, Kelly Clements, told CNN that up to four million people could try to cross borders as the crisis in Ukraine continues. The ongoing attack on Ukraine left 850,000 people internally displaced while over 120,000 people had fled the country.

At least 137 deaths have been registered and over 300 injured in the ongoing attacks.

The invasion of Ukraine began early on Thursday with missile attacks on what Russia says were military bases and facilities, followed by a multi-pronged ground assault that rolled troops in from separatist-held areas in the east; from the southern region of Crimea, which Russia annexed in 2014, and from Belarus in the north.

Russia claims it is attacking Ukraine to ‘denazify’ the country and protect its allies in eastern Ukraine, particularly in the Donbass region after it recognised two breakaway regions there.

The invasion has been condemned by the U.S. and its allies, many of whom have sanctioned Russia.

On Friday, the UN Security Council voted to condemn Russia’s action. Eleven of the 15 members of the council voted in favour of the resolution.

The decision was, however, vetoed by Russia which is one of the five permanent members of the security council with a veto.