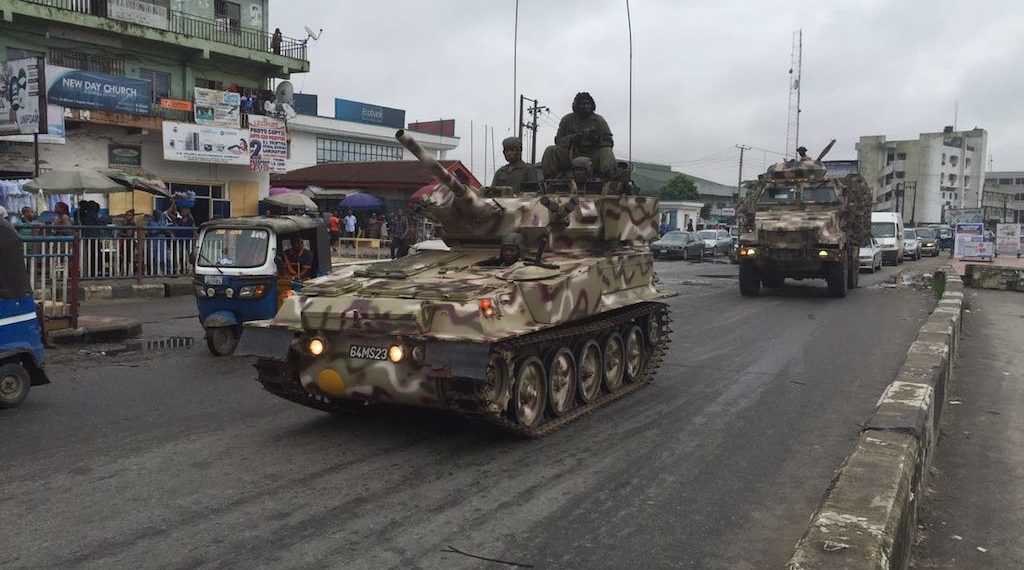 DHQ said the surrendered terrorists claimed that they had lost interest in the Boko Haram terrorists’ ideology.

Troops of Operation Hadin Kai have continued to record successes as 466 terrorists surrendered while scores were killed in different operations within two weeks in the North-east , Defence Headquarters says.

The Director, Defence Media Operations, Bernard Onyeuko, said this while giving updates of military operations across the country from February 10 to 24 on Thursday in Abuja.

He said the surrendered terrorists claimed that they had lost interest in the Boko Haram terrorists’ ideology.

He added that the air interdiction by the air component on February 11, around Marte area of Borno led to the killing of one of the leaders of ISWAP terrorists known as Mohammed Yusuf and his fighters.

“Also, 20 abducted civilian victims were rescued by the troops.

“The surrendered terrorists and arrested criminals have been properly documented and handed over to the appropriate security agencies for necessary action,” he said.

In Operation Hadarin Daji, Mr Onyeuko said the troops recorded a major operational breakthrough when a notorious bandit known as Dogo Umaru, and scores of his fighters were eliminated in an air interdiction Zamfara forest.

He said the operation led to the killing of 10 bandits, recovery of several arms and ammunitions and motorcycles as well as stolen livestock and rescue of 10 kidnapped victims.

In Operation Safe Haven, the defence spokesperson said the troops had sustained both kinetic and non-kinetic operations across Plateau and parts of Kaduna States.

He said the non-kinetic effort led to the convening of a peace summit between Irigwe youths and Fulani youth on February 17 as a prelude to the implementation of peace plan to ensure lasting peace in the area.

He added that the kinetic operations led to the arrest of six criminals and rescue of 60 displaced persons to Internally Displaced Persons camp during the period.

He added that troops also encountered bandits in Benue, killing five and rescued kidnapped victims during the period.

Mr Onyeuko commended the troops for the successes so far recorded in various theatres of operation, urging the public to continue to support the military in its effort to rid the nation of all forms of insecurity.