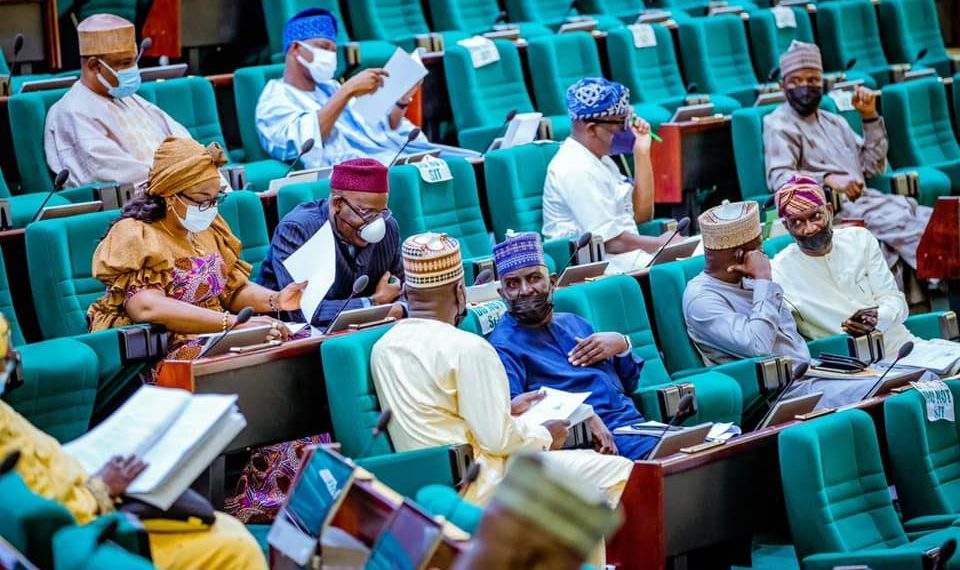 The lawmakers say the proposed law will stop the export of cash abroad and redirect same to the development of the nation’s economy.

The House of Representatives has passed for second reading a bill to provide sanctions against public officials using public funds to seek medical treatment overseas.

The bill seeks to amend section 46 of the Healthcare Act of 2014, by providing sanction of N500 million or seven years imprisonment for using public funds for healthcare abroad.

Section 46 of the principal act says: “Without prejudice to the right of any Nigerian to seek medical check-up, investigation or treatment anywhere within and outside Nigeria, no public officer of the Government of the Federation or any part thereof shall be sponsored for medical check-up, investigation or treatment abroad at public expense except in exceptional cases on the recommendation and referral by the medical board and which recommendation and referral shall be duly approved by the Minister or Commissioner of Health of the State as the case may be.”

Leading the debate on the general general principle of the bill on Wednesday, its sponsor, Sergius Ogun (PDP, Edo), said it was introducing a section 46 sub-section 2, which reads, “Any public officer of the government of the federation or any part thereof who violates the provision of sub-section (1) above shall be guilty of an offence and liable on conviction to a fine of N500,000,000 (five hundred million naira) or to an imprisonment term of seven years, or both.”

Mr Ogun said the decision to sponsor the bill was “borne out of a desire to discourage medical treatment abroad at the detriment of our indigenous health institutions.”

He said there was a need to revamp the poor state of the healthcare sector in Nigeria.

He stated that “the bill will stop the export of cash abroad and redirect same to the development of our economy.”

Previous attempt to amend the law

In the 8th Assembly, when Mr Ogun sponsored the same bill to regulate medical trips by government officials, several lawmakers, including the current deputy speaker, Idris Wase, who was then the deputy Majority leader, also kicked against the bill.

Lasun Yusuf, the then deputy speaker, had said the bill would breach the fundamental rights of all political officeholders.

In 2019, the bill was rejected during the clause by clause consideration.

Nigerian officials are notorious for travelling abroad for medical care.

Since he assumed office in 2015, President Muhammadu Buhari has travelled to the United Kingdom for medical care, sometimes, spending months there while many health facilities in the country are in dilapidated states.

Aside from the infrastructure deficit in the Nigeria healthcare, the sector is bedevilled by constant industrial action due to poor funding and welfare of health workers.

An analysis by PREMIUM TIMES, indicated that as of August 2021, accumulatively, Mr Buhari had spent 200-days in UK hospitals.

The debate on the bill

Speaking in support of the bill, the Deputy Minority Leader, Toby Okechukwu (PDP, Enugu), stated that the bill intends to “cure a mischief” by providing sanctions against anyone that violates the health act.

“What is the mischief the bill is trying to cure? The bill has recognised that it offends the public purse, Nigeria’s effort to be self-sufficient in healthcare, and so provides that any public officials shall not incur bills on Nigerian purse on healthcare outside the country, and breach of it is sanction-able,” Mr Okechukwu said.

Tajudeen Yusuf (PDP, Kogi) also argued in support of the bill. He urged his colleagues to support the bill because it will cure a lacuna in the existing act.

When the presiding officer, Deputy Speaker Wase put the bill to vote, the lawmakers voted overwhelmingly for its second reading.

The bill was referred to the Committee on Health Services.