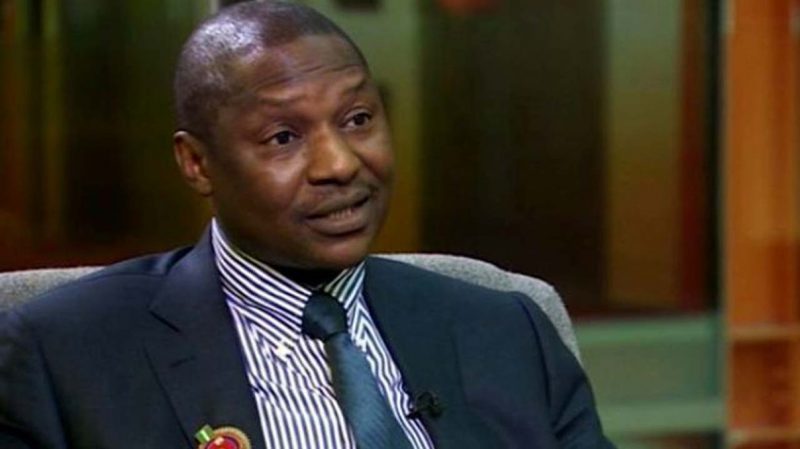 Corruption: Why Transparency International’s ranking on Nigeria is inaccurate – Malami

The Attorney-General of the Federation( AGF), Abubakar Malami, has criticised the recent ranking of Nigeria by Transparency International as the second most corrupt country in West Africa.

Mr Malami, speaking during an interview on Channels Television’s primetime programme, ‘Politics Today,’ Monday, evening, said the global anti-corruption body lacked the basis upon which it could rank Nigeria.

He boasted that the anti-corruption efforts of the President Muhammadu Buhari-led government had been commented by other “reputable” International organisations such as the African Union and the United Nations Office On Drugs and Crime (UNODC).

Mr Buhari came to power in 2015 with a promise to tackle Nigeria’s endemic corruption, especially in public service.

“If Nigeria does not kill corruption, then corruption will kill Nigeria,” Mr Buhari was quoted to have said in one of his campaign slogans in the build up to the 2015 polls.

While speaking on the hour-long television programme on Monday, Mr Malami said TI’s ranking “does not support the empirical evidence” on institutional efforts being put in place by the federal government to combat sleaze.”

“The major consideration that should constitute the basis for the successes of the Nigerian government as far as the fight against corruption is concerned should not be an exclusive position of the TI,” Mr Malami added.

He went on to reference the 2019 assessment of the Nigerian government by the UNODC, juxtaposing it with TI’s ranking, saying, “When you juxtapose the UNODC position with the TI’s ranking, then that places a question mark on the TI’s assessment.”

While reeling out the successes recorded by the Economic and Financial Crimes Commission (EFCC) in securing over 2000 convoctions last year, Mr Malami said, “The African Union has recognised President Muhammadu Buhari as the champion of anti-corruption in Africa.”

“The institutional performance as it relates to the fight against corruption; here we are as a government, we inherited about 103 prosecution and convictions as at 2014/2015 when we came in by the EFCC.

“And then today, as at the end of 2021, Nigeria has recorded over 2000 convictions by EFCC,” the Justice Minister said.

The AGF argued that part of “empirical evidence” for measurement of the fight against corruption ”is the number of convictions that are secured.”

Muslim-Muslim Ticket: My reference to Pope not to ridicule Christians – Gov Lalong