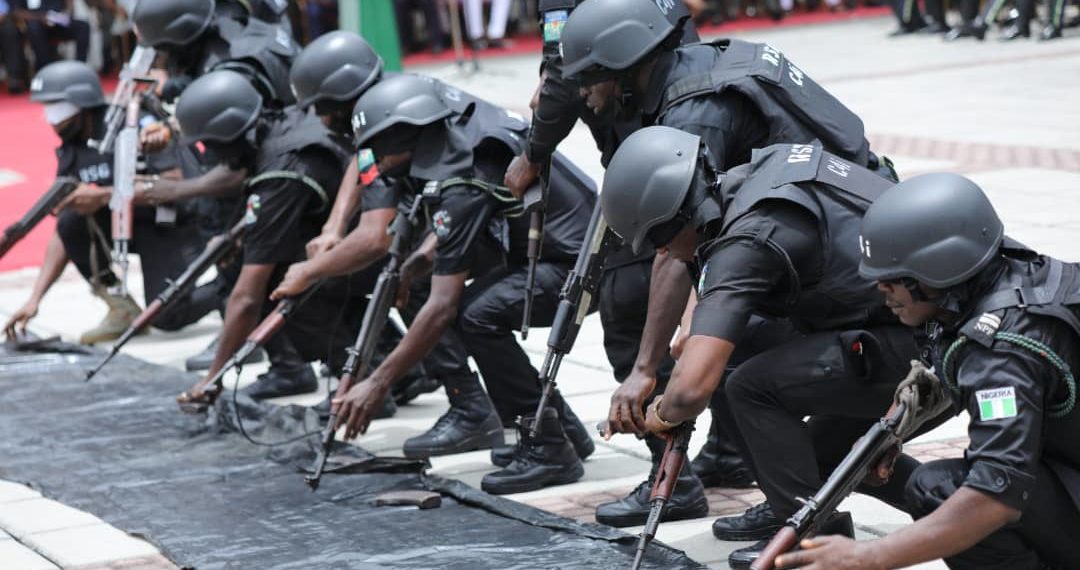 Suspected armed thugs on Thursday, at about 5.30 p.m., attacked the campaign office of Mr Aregbesola

The Nigeria Security and Civil Defence Corps (NSCDC), Osun Command, says it has deployed its personnel to protect the critical infrastructure and residents in the state.

The NSCDC Commandant, Emmanuel Ocheja, made this known in a statement by the command’s spokesperson, Atanda Olabisi, following Thursday’s attack on Rauf Aregbesola’s Campaign Office in Osogbo.

Suspected armed thugs on Thursday, at about 5.30 p.m., attacked the campaign office of Mr Aregbesola, the Minister of Interior, popularly known as “Oranmiyan House” in Osogbo.

The wall of the building was reportedly riddled by bullets, while the gunmen set some canopies alight within the premises

Mr Ocheja, condemning the attack, warned miscreants and hoodlums to stop their criminal activities or leave the state, saying that criminal acts would no longer be tolerated in the state.

“The commandant visited the attacked building for inspection yesterday, Thursday, following the report of the sporadic shooting on the critical infrastructure, perpetrated by unknown gunmen,” he said.

Mr Ocheja warned the miscreants and suspected hoodlums, advising them to consider relocating out of the state.

According to him, this kind of untoward criminal act will not be tolerated henceforth, in the state.

Mr Ocheja, however, said that the corps was working in synergy, with other security agencies to ensure a peaceful atmosphere was restored, warning that anyone caught acting against the law would not be spared.

Similarly, the Nigeria Police, Osun Command’s spokesperson, Yemisi Opalola, said that the situation had been brought under control.

Ms Opalola said that the state Commissioner of Police, Olawale Olokode, had visited the scene of the attack.

She said police officers had been drafted to the area, saying that the commissioner had assured the residents that the perpetrators would be brought to justice.