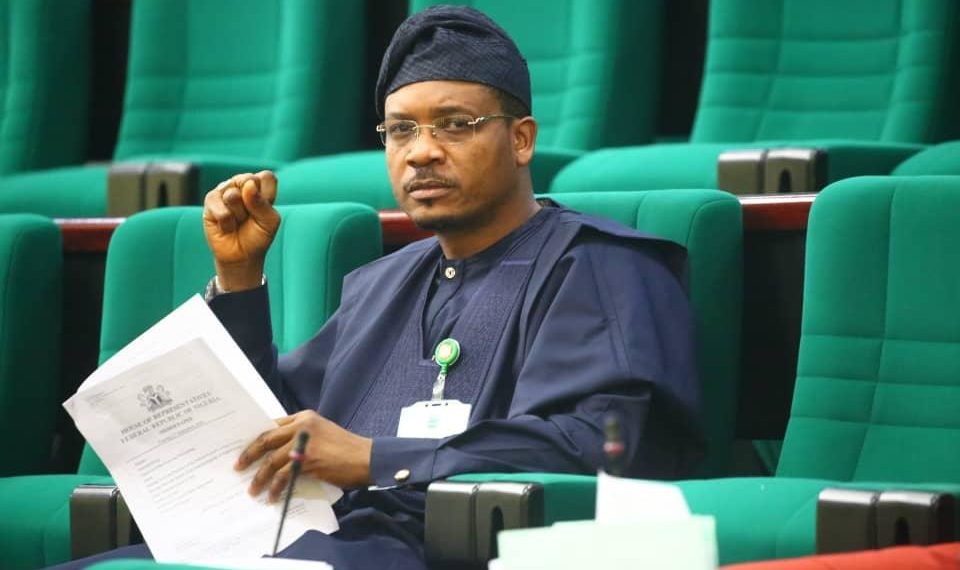 Shina Peller, an APC lawmaker from Oyo State, had on Wednesday introduced a bill in the House of Representatives, seeking the scrapping of NSCDC.

The Nigerian Security and Civil Defence Corps (NSCDC) has withdrawn its personnel attached to Shina Peller (APC, Oyo), the federal lawmaker who sponsored a bill to scrap the Corps.

The notice of the withdrawal was contained in a letter to Mr Peller, a day after he introduced a bill seeking the scrapping of the agency.

Mr Peller had on Tuesday introduced a bill on the floor of the House of Representatives that seeks to repeal the law establishing the agency with the aim of the Nigeria Police Force taking over the assets of the agency.

The lawmaker, in his synopsis on the bill, described NSCDC as a waste of money and duplication of the functions of the police.

The NSCDC Act of 2003 led to the establishment of the Corps under former President Olusegun Obasanjo.

Section 5(3) of the Act says the Corps shall “have the power to arrest with or without a warrant, detain, investigate and institute legal proceedings by or in the name of the Attorney-General of the Federation in accordance with the provisions of the constitution of the Federal Republic of Nigeria against any person who is reasonably suspected to have committed an offence under this Act.”

However, a day after the bill was introduced, the Head of Administration, Oyo State NSCDC Command, in a letter signed by Sotiyo Igbalawole, informed Mr Peller of the decision to withdraw its personnel.

“Following the directive of the Commandant General on the necessity of the deployment of the Command personnel for an ‘urgent National security assignment.

“On behalf of the State Commandant; I hereby withdraw all the personnel attached to you, this is to meet up with the urgent national need.

“Any inconvenience this might cause is highly regretted,” the letter, dated February 2, reads.

ICIR had reported that the Oyo State Command of NSCDC, where the letter purportedly emanated from denied the letter and described it as fake.

PREMIUM TIMES could not reach Mr Peller to comment on the withdrawal as he did not respond to calls and SMS to his mobile phone.

He said the attached NSCDC officers are at the residence of the lawmaker in Ibadan, Oyo State, while Mr Peller is here in Abuja.

“The letter was sent to the honourable via WhatsApp, they snapped the letter and sent it to the Honourable.

“They are in Ibadan. They are not here. The news that we are getting is that they have left unless they are coming back now with the denial,” Mr Agbana said.

The Commandant General of the NSCDC, Audi Ahmed, in a statement, overruled the purported withdrawal of officers of NSCDC attached to Mr Peller.

In the statement signed by the Director of Public Relations of NSCDC Headquarters, Odumosu Olusola, on his behalf, the CG said the officer lacks the power to issue the directive.

He noted that the directive was not authorised by the headquarters and therefore ordered the reinstatement of the personnel.

The leadership of the Nigeria Security and Civil Defence Corps has dismissed as unauthorized and without recourse to the Corps constituted authority, a letter signed and sent to a Member of the House of Representatives, Hon Shina Peller, informing him of the withdrawal of officials of the NSCDC assigned to him.

Not only did the officer in question lack the power to do such, he was also found to have acted on his whims without clearance. The Commandant General, Dr. Ahmed Abubakar Audi, mni, has therefore directed a reinstatement of the withdrawn officers with a compliment of necessary courtesies to the Honourable Member.

Are some foreign higher institutions overrated?, By Olabisi Deji-Folutile