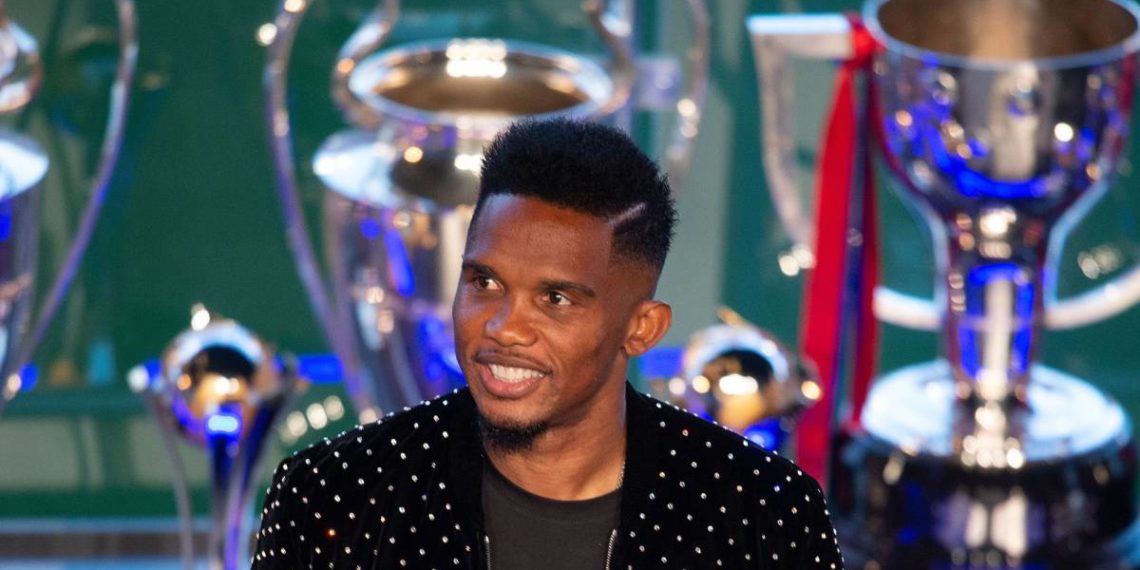 While Eto'o amassed 43 votes, his closet rival and the incumbent president received 31 votes

The former Cameroonian international Samuel Eto’o has emerged as the new president of the Cameroon Football Federation (Fecafoot).

The former African footballer of the year award recipient on multiple occasions was elected president of his country’s football federation having emerged victorious in the polls conducted on Saturday.

While Eto’o amassed 43 votes, his closet rival and the incumbent president received 31 votes.

Before Saturday’s win, the former Barcelona and Inter player defeated Seidou Mbombo Njoya, who was elected in 2018, but his election was contested by several actors of Cameroonian soccer and canceled in mid-January by the Court of Arbitration for Sport.

The 40-year-old former striker while announcing his intention to run for the post on September 22, said it was time to “launch the reconstruction of Cameroonian soccer”. Eto’o said that the ousted president of Fecafoot had “failed miserably”.

Having achieved his aim, Eto’o described this moment as one of his best ever.

Cameroon will host the final phase of the African Cup of Nations from January 9 to February 7, 2022.

As a player, Eto’o helped the Indomitable Lions to win the Afcon tournament a couple of times.

Freedom of expression is a precondition for democracy, By Maria Ressa