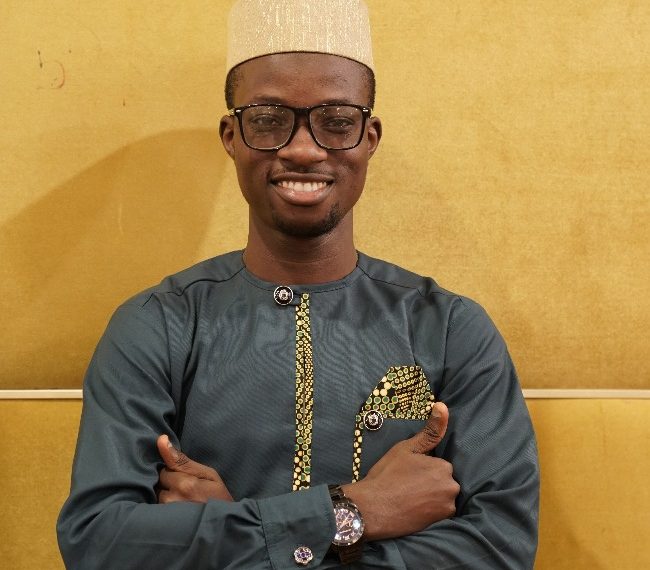 Shortlisted candidates for the investigative journalism competition were drawn from four categories.

The Head of the Data Desk of PREMIUM TIMES, Yusuf Akinpelu, has been shortlisted for the Norbert Zongo African Prize for Investigative Journalism (PAJI-NZ) award.

Slated for November 10 to 13, the prize will be awarded during the International Festival of Freedom of Expression and Press (FILEP) in Ouagadougou, the capital of Burkina Faso, organisers said in a letter to nominees.

The winner of each category of the PAJI-NZ Prize for Investigative Journalism will receive a diploma, a trophy and a sum of 1,000,000 West African CFA francs.

The overall best winner from the four categories will receive the SEBGO D’OR award, a feat that comes with additional 1,000,000 CFA francs prize, a diploma and a trophy symbolizing the “SEBGO D’OR.” Henri Segbo was Mr Zongo’s pen name while he managed the newspaper L’Indépendant.

Mr Akinpelu, a fellow of the Premium Times Centre for Investigative Journalism (PTCIJ) Natural Resource and Extractives Programme on climate reporting and Civic Media Lab Criminal Justice Reporting programme, is a graduate of statistics from the University of Ibadan and has a penchant for books and wildlife.

Chuffed by the nomination, Mr Akinpelu said it came “at a time I least expected.”

He said it is always “fulfilling to tell the stories of others, hold people accountable and drive impact for societal benefit” but most importantly “it is always a pleasure to add to the body of knowledge in public discourse.”

“While I wish myself the best at the gala, I dedicate this recognition to everyone that has been a part of my development, especially my editors,” he said.

Before the launch of the PAJI-NZ award this year, the Norbert ZONGO Prize has been awarded to the best investigative journalists in Africa since 2007.

Organisers said the PAJI-NZ is aimed to promote and enhance investigative journalism in Africa, “a practice difficult to implement while it is absolutely essential to the democratic transition processes engaged in most countries of the continent.”

It was initiated in honour of Burkinabé journalist, Norbert Zongo, who was killed while conducting an investigation into the unresolved death of David Ouédraogo, driver of François Compaoré, the younger brother of President Blaise Compaoré of Burkina Faso.

Despite death threats, the late Zongo continued his investigation until he was murdered in a mafia-style on December 13, 1998.

His charred body was found alongside that of his brother Yembi, his colleague, Blaise Ilboudo and Abdouleye Nikiema, his driver in his Toyota Land cruiser car which was shot and burned on the side of the road in Sapouy, Ziro Province.

Mr Zongo is seen as the first writer in Burkina Faso to practice investigative journalism.