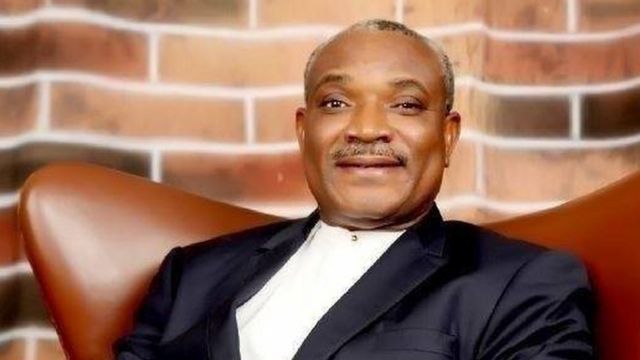 The commission earlier dropped the charges of forgery and falsification of school results against Mr Obono-Obla.

The Independent Corrupt Practices and other related offences Commission (ICPC), on Monday, arraigned a former presidential aide, Okoi Obono-Obla, on charges of falsification and forgery of school results.

The agency arraigned Mr Obono-Obla at the Plateau State High Court in Jos, the jurisdiction where he was said to have tendered the allegedly forged results to be admitted to study law in the University of Jos (UNIJOS).

The result falsification and forgery charges used to be part of the 10 counts, including corruption allegations, initially instituted against him by the ICPC at the Federal High Court in Abuja on July 1, 2020.

But the charges were subsequently withdrawn by the commission.

It again amended the charges on March 4, 2021, dropping the two charges of result forgery and falsification, as well as three other corruption counts.

Mr Obono-Obla was arraigned on the remaining five counts on March 17. He pleaded not guilty to them.

PREMIUM TIMES understood on Monday that the charges relating to result falsification and charges were dropped to be re-filed at the Plateau State High Court in Jos, considered to be the court covering the territorial jurisdiction where the result was allegedly tendered.

ICPC accused Mr Obono-Obla, in the fresh charges of forgery and falsification, of “a Mary Knoll College, Ogoja General Certificate of Education, Ordinary Level, May/June 1982 (GCE) Statement of Result with candidate No: 09403/247 showing an O’Level credit (6) score for Literature in English.

The commission accused him “of dishonestly” using the O’Level result “as genuine”, to study Law for the 1985/86 academic session in the University of Jos (UNIJOS).

Mr Obono-Obla, a former Senior Special Assistant to the President on Prosecutions, pleaded not guilty to the charges on Monday.

He was subsequently, granted bail by the court in the sum of N1 million, with one surety.

The court ordered that the surety must be a resident of Jos with three years tax clearance.

ICPC must verify the surety’s documents, the court ordered.

President Muhammadu Buhari suspended Mr Obono-Obla as the chairman of the Special Presidential Investigation Panel (SPIP) for the Recovery of Public Property, based on ICPC report accusing him of “falsification of records and financial impropriety” in August 2019.

About a month later, on September 17, 2019, the President disbanded the SPIP, ordered the ICPC to conclude its investigations, send its final report to him, and prosecute Mr Obono-Obla, who was also the President’s special adviser and prosecutions.

In the charges subsequently filed against him, the ICPC alleged, among others, that Mr Obono-Obla, his former Senior Assistant, Special Duties Ibrahim, Aliyu Ibrahim, and the Managing Director of ABR Global Petroleum Resources Ltd, Daniel Omughele Efe, conspired in 2018 and to use their offices to confer an unfair advantage on Mr Ibrahim by allegedly diverting N19,994,185 received from the Nigerian Deposit Insurance Corporation (NDIC) to furnish SPIP offices.

It alleged that the money was diverted into “the personal account of Aliyu Ibrahim, using proxy companies, without furnishing the said SPIP offices as proposed to the NDIC”.

ICPC said in another count that Obono-Obla, around July 2018 in Abuja, as SPIP Chairman “failed to attend/honour an invitation” by ICPC for an investigation, contrary to Section 28(1)(a) and (6) and punishable under section 28(10) of the Corrupt Practices and Other Related Offences Act 2000.

But in the amended charges filed by ICPC on March 4, 2021, the commission dropped the two charges of result forgery and falsification contained in the original 10 counts.

Aside from reducing the total number of counts to five, the commission also removed Mr Efe’s name from the charges leaving Mr Obono-Obla and Mr Ibrahim as the remaining defendants.

The amendment also saw the removal of allegations of “diversion” of funds.

ICPC said the N10, 174,000 was transferred to some contractors from the N15, 187, 917 paid to the SPIP by the Nigeria Deposit Insurance Corporation (NDIC) for the furnishing of the SPIP offices.

In the previous charges, ICPC claimed the N19,994,185 was paid into Mr Ibrahim’s personal account, but in the amended charges, it claims the N10, 174,000 was paid into the account of ABR Global Petroleum Resources LTD, a company where Mr Ibrahim was said to be a director and signatory to its account.

The prosecution alleged that by the transaction, the two defendants conspired to confer undue advantage on the second defendant, Mr Ibrahim.

The future of gas is already here, By Alex Otti