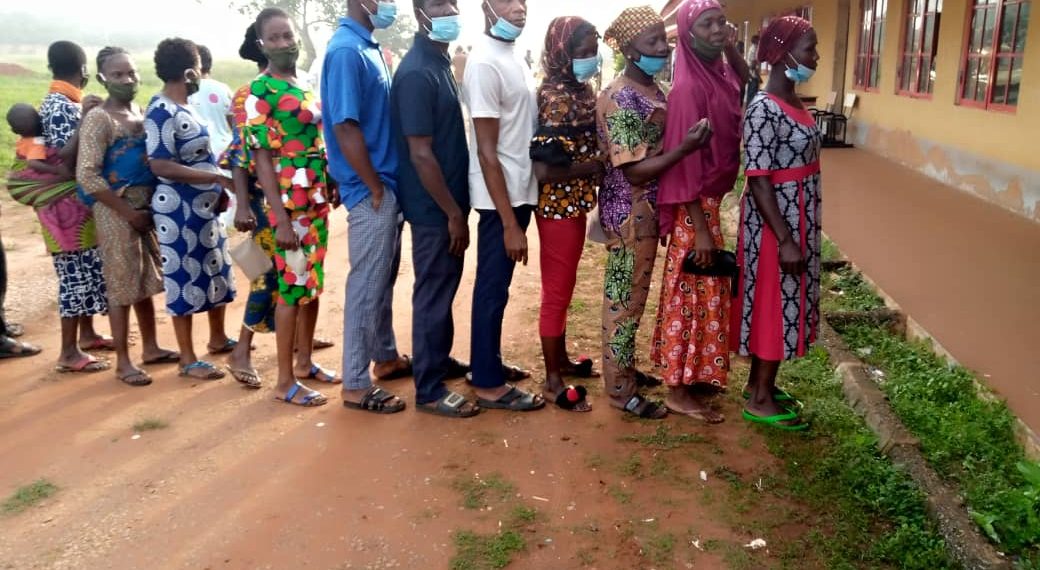 EDITORIAL: Electronic voting and transmission of results – the imperative to safeguard democracy

The digitisation and digitalisation of just about every aspect of modern life has been a major outcome of the technological revolution.

As the Conference Committee of the National Assembly begins harmonising the Electoral Act Amendment Bill, PREMIUM TIMES deems it necessary to reiterate the need to pass an electoral law that would fully accommodate both electronic voting and the electronic transmission of results. We are firmly convinced that such step would safeguard Nigeria’s democracy.

The main purpose of the Conference Committee is to reconcile the two versions of the Amendment Bill as respectively passed by the Senate and the House of Representatives.

Whereas the House of Representatives’ version of Clause 52 gives the Independent National Electoral Commission (INEC) the power to determine the procedure for voting and transmission of election results, the Senate’s version states that INEC can only do so with the approval of the National Communications Commission (NCC). Understandably, civil society organisations (CSOs) have drawn attention to the fact that the Senate’s version would compromise the independence of INEC, and is thus contrary to public and national interest. We agree with the CSOs and urge the committee to integrate both electronic voting and the electronic transmission of results in the Electoral Amendment Bill. Our reasons are not far-fetched.

Electronic voting or e-voting is the use of electronic machines to aid in voting and counting. It works with either computers connected to the Internet or an Electronic Voting Machine (EVM) that records votes by means of a ballot display. The EVM is a computerised box-like machine that comes with an attaching ballot box, where generated ballots drop in that voters use to cast their vote.

The digitisation and digitalisation of just about every aspect of modern life has been a major outcome of the technological revolution. It has seen super-fast computers and smart phones revolutionise banking. It is forcing central banks globally to deal with the threat to their ability to create fiat money from crypto-currencies. The virtualisation of stock markets has aided the transition from the open outcry system, favoured by the famous halls in New York, London and Paris, to automated algorithms that initiate and complete buying/selling decisions.

In all of these, the surprise is that elections, given their importance to the governance of our societies, remain largely unaffected by this revolution throughout the world. Only two countries have an established tradition of e-voting – India and Brazil. Both countries have had very free, fair and credible elections through e-voting. Currently, however, President Jair Bolsonaro of Brazil is determined to scrap e-voting because the polls indicate that he might not win the forthcoming election if it is free and fair. Significantly, the United States was the first country to introduce voting machines in the world; but it is still a contested method in the country. Other countries such as Estonia, Namibia, Philippines and Mongolia have made valiant efforts to introduce and regularise e-voting, but in most of them it remains a contested methodology.

For Africa, the cost of paper ballot elections, with their massive logistics requirement, movements of hordes of ad hoc voting staff and security officials, high security printing costs, slow and ponderous counting, often open to manipulation and fraud, is the best case that can be made for the transition to e-voting. The problem is that because electoral credibility often requires trust, the evidence of the eyes of citizens, in most parts of the world, points that e-voting is viewed with suspicion. The Indian example, where results are never contested, offers scant consolation. This trust deficit has been overcome in the southeast Asian country by decades of use. Indian voters know it is a credible system.

The burning question is: What if the system is hacked and results changed? It appears that exercised by this concern, President Buhari refused to sign the Electoral Bill preceding the 2019 elections because his party worried that the opposition Peoples Democratic Party (PDP) was capable of hacking the proposed electronic transmission of results, even if there was no evidence that the fear was justified. As the blockchain technology develops, it has become clearer today that it is possible to do e-voting without the fear of hacking. Nonetheless, technology assurance may not be enough to put the fear at bay.

Clearly, the best advert for electronic voting is that both in the 2018 and 2021 local government elections in Kaduna State, the ruling party did not win all the seats. The security situation in the state however made it impossible to conclude the elections in all parts of Kaduna State.

Meanwhile, the National Assembly has been reluctant to even go as far as allowing for the electronic transmission of votes. As is well known, the black hole in Nigeria’s electoral process is the collation of results. Elections would normally go smoothly at the polling unit level and be counted openly in the presence of voters and the results posted. People would go home happy at the transparency of the process. The trust issues with our elections seem to take place at the collation level, where presumed winners sometimes turn into losers. It was for this reason that INEC proposed the change in the Electoral Act that would allow for the electronic transmission of results directly from the polling unit to INEC State and National headquarters. While the House of Representatives has accepted the provision, the Senate has refused to accept it justifying this by using the National Communications Commission (NCC) as an alibi. The NCC went to the National Assembly to claim that only half of the polling units (50.3 per cent) in the country have 3G network to transmit election results. The Senate President, Ahmed Lawan, was a leader of the Eighth Senate that extensively debated the provision and passed it. Why is the Senate today suddenly opposed to the provision?

PREMIUM TIMES calls on the Senate to adopt the progressive position of the House of Representatives in the current Joint Committee work to reconcile the two versions of the Bill. The use of technology since 2011 has initiated a positive trend in improving the quality and integrity of Nigerian elections and the trend should be sustained. PREMIUM TIMES believes that INEC should continue its adoption of relevant technologies and pursue with vigour its research on how best to introduce electronic voting to Nigeria in the nearest future.