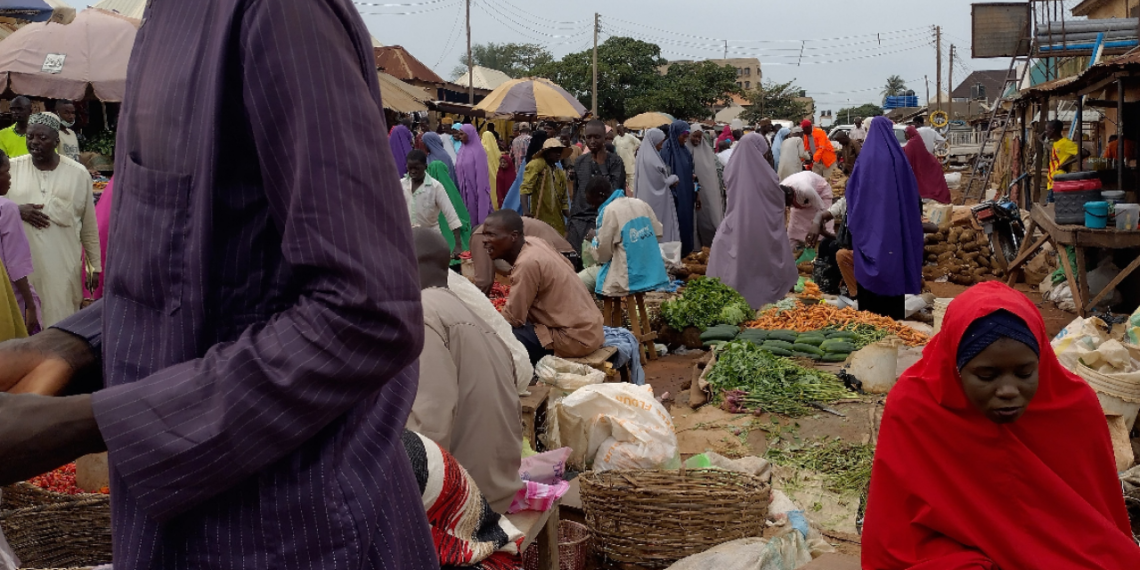 Trading resumed at the Kawo market in Kaduna on Tuesday as people defied an order by the state government suspending weekly markets in the state.

The government announced an indefinite suspension of trading at weekly markets, including the popular Kawo market in the state capital, last week.

The state Commissioner for Internal security, Samuel Aruwan, announced the measure through a statement.

“The Kawo weekly market which usually holds every Tuesday in Kaduna North LGA has been suspended with immediate effect”.

Kawo market is one of the largest weekly markets in Kaduna North.

It is located in the same area as the Nigerian Defence Academy (NDA), the Hassan Usman Katsina House popularly known as State House and the Legislative Quarters.

However, thousands of traders and buyers returned to the market on Tuesday to trade as usual in defiance of the state government order.

PREMIUM TIMES reporter, who visited the market to observe the adherence to the order , saw people going about their business activities without concerns.

The market was filled to capacity.

Some traders, who spoke to PREMIUM TIMES, said they were aware of the suspension of the weekly market.

“I bring yams from Zaria every Tuesday. I heard of the suspension but I knew there will be no enforcement. That is why I came today,” a trader said.

Some vegetables sellers also spoke to our reporter in the same vein.

A civilian JTF member told our reporter that he was in the market. He said: “Buyers and sellers return to the market to monitor the security.

Suspension of other markets

Before the suspension of trading at Kawo market, the state government had earlier suspended all weekly markets and selling of petrol in jerrrycans in Birnin Gwari, Giwa, Chikun, Igabi and Kajuru local government areas of the state.

“The Government of Kaduna State wishes to highlight that the previous directives suspending weekly markets, and selling of petrol in jerrycans in Birnin Gwari, Giwa, Chikun, Igabi and Kajuru LGAs, as well as banning the felling of trees for timber, firewood and charcoal and other commercial purposes in Birnin Gwari, Kachia, Kajuru, Giwa, Chikun, Igabi and Kauru LGAs, are still in force.

“Citizens are hereby informed that all these directives will be vigorously enforced by security agencies,” Mr Aruwan had said while announcing the measures.

Meanwhile, a resident of Gadar Gayan in Igabi local government told PREMIUM TIMES that all weekly markets in the area also opened despite the ban.

Calls to Mr Aruwan’s mobile phone did not get through as of the time of this report.