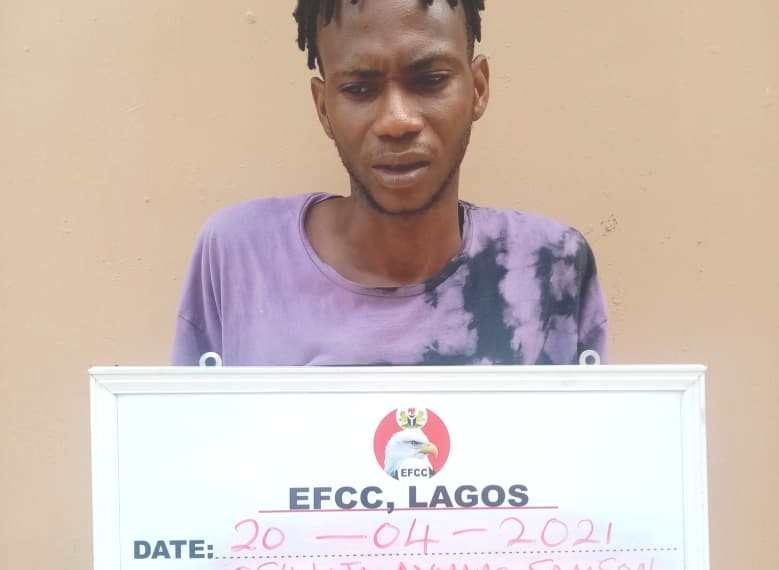 One of the suspects, Oshilaja Ayomide Samson

EFCC says the trend of arrests carried out by its operatives “indicates that Lekki District is the preferred location for all manner of cyber fraud syndicates”.

The Economic and Financial Crimes Commission (EFCC) on Friday declared Lekki, an upper-middle-class area of Lagos State as an emerging hub of internet fraud in the country.

The Commission said in a statement that operatives carried out a total of 402 internet-related fraud arrests in the area between April and June 2021, alone.

Wilson Uwujaren, EFCC’s spokesperson, who signed the statement said of the 402 arrests, 243 were carried out by the commission’s Advance Fee Fraud Section.

He said the rest of the 159 arrests resulted from 18 sting operations executed by carried out by the Cyber Crime Section of the commission, from which 13 convictions have so far been recorded.

This trend, according to the commission, “indicates that Lekki District is the preferred location for all manner of cyber fraud syndicates”. 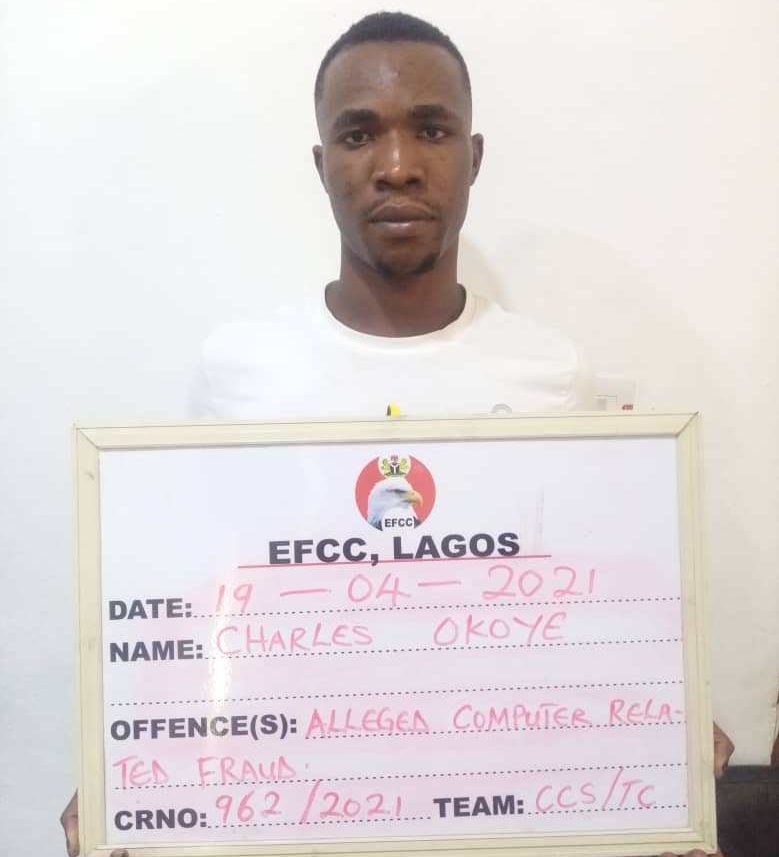 Lekki, the fast-developing upper middle class area of Lagos Metropolis, is emerging as the new hub of internet-related fraud. Data from the investigation activities of the Lagos Command of the Economic and Financial Crimes Commission, EFCC, for the second quarter of 2021, indicates that Lekki District is the preferred location for all manner of cyber fraud syndicates.

Between April and June, 2021, the Advance Fee Fraud and Cyber Crime Sections of the Command recorded a total of 402 internet-related fraud arrests. While the Advance Fee Fraud Section was responsible for 243 arrests, the Cyber Crime Section executed 18 sting operations which resulted in 159 arrests, from which 13 convictions have so far been recorded. 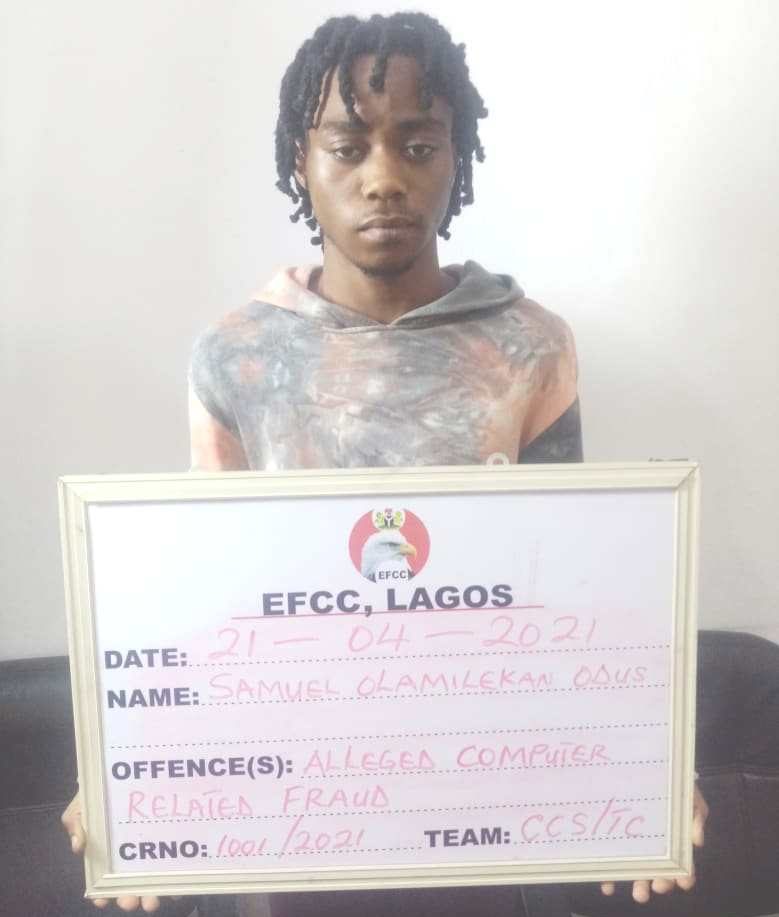 Of the 159 suspects arrested by the Cyber Crime Section, 70 are from Lekki, comprising communities such as Ajah, Badore, Victoria Garden City, Sangotedo and Oniru.

Ajah accounted for 24 suspects, while Oniru and Sangotedo had 14 and 13 suspects respectively. Badore had 8 suspects. Neighbouring Ikoyi and Eko Atlantic had 2 and one suspect each. Ikorodu and Alagbado on the Lagos Mainland make up the remainder.

The suspects are mostly millennials, with 82 of them aged between 25-34 years, which speaks to the fact that most of the individuals arrested are either still in school, recent graduates or university drop outs.

Analysis of the data from the Cyber Crime Section further shows that the dominant form of internet crime is Dating Scam/Online Dating Scam/Romance Scam. Sixty Four percent (64%) of individuals arrested are involved in romance scam, followed closely by “Middle Man Scam” and “Picking” which account for 8% and 7% respectively of those arrested. 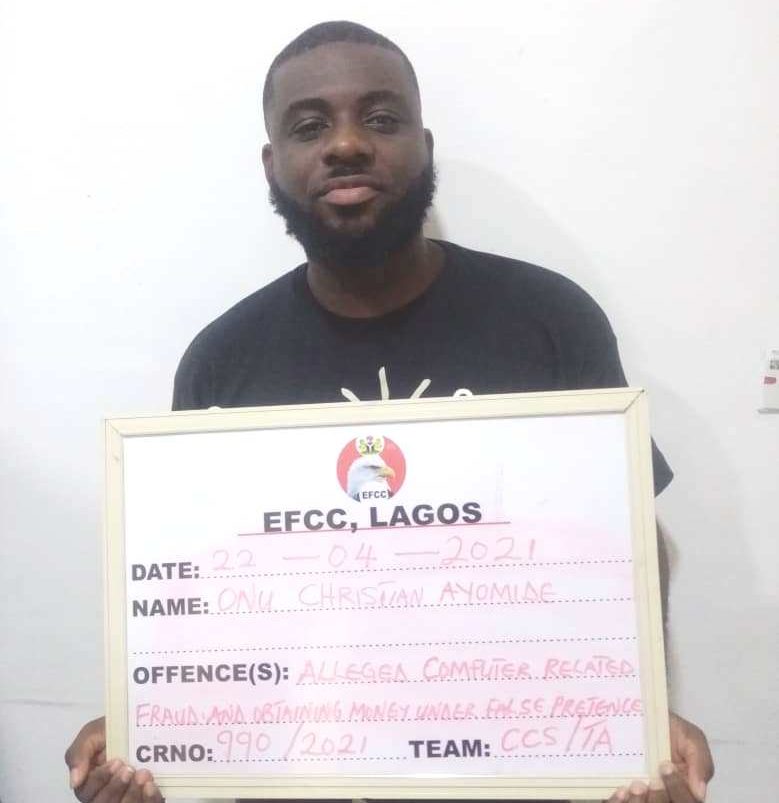 The data also reveals gift cards, at 39%, as the prevalent method employed by the suspects to access their illicit funds. It is followed by bank transfers at 27% and Cryptocurrency at 21%.

A total of $12, 512.49USD was recovered from the e-wallet accounts of four suspects within the period. 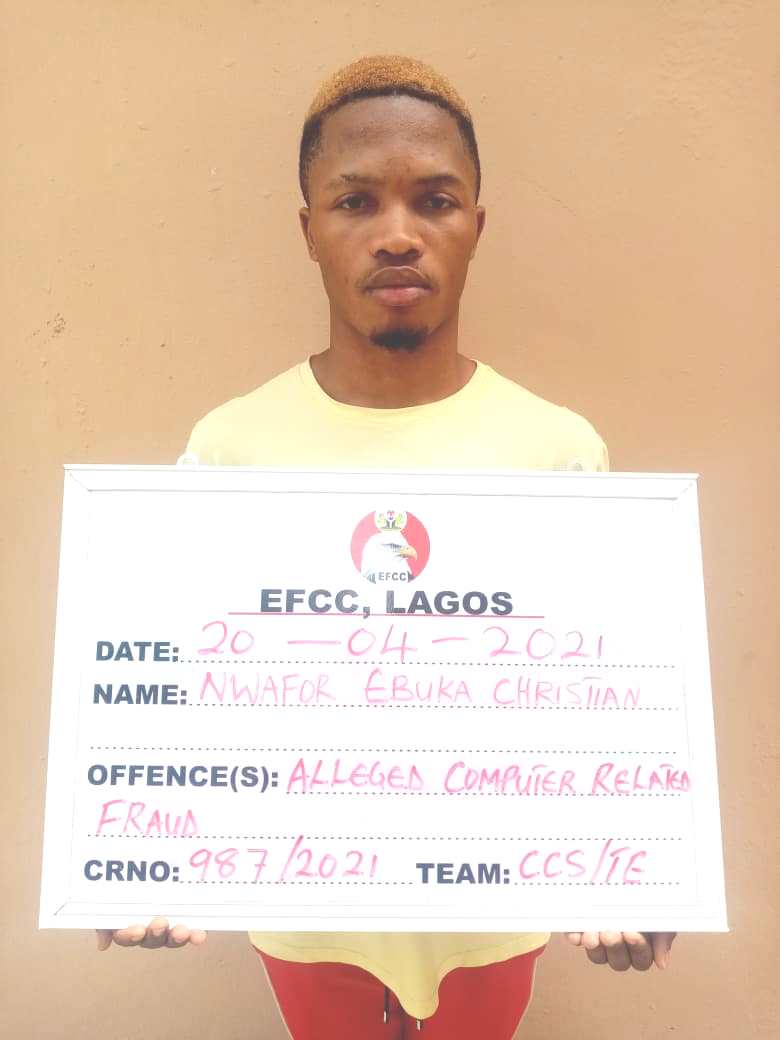 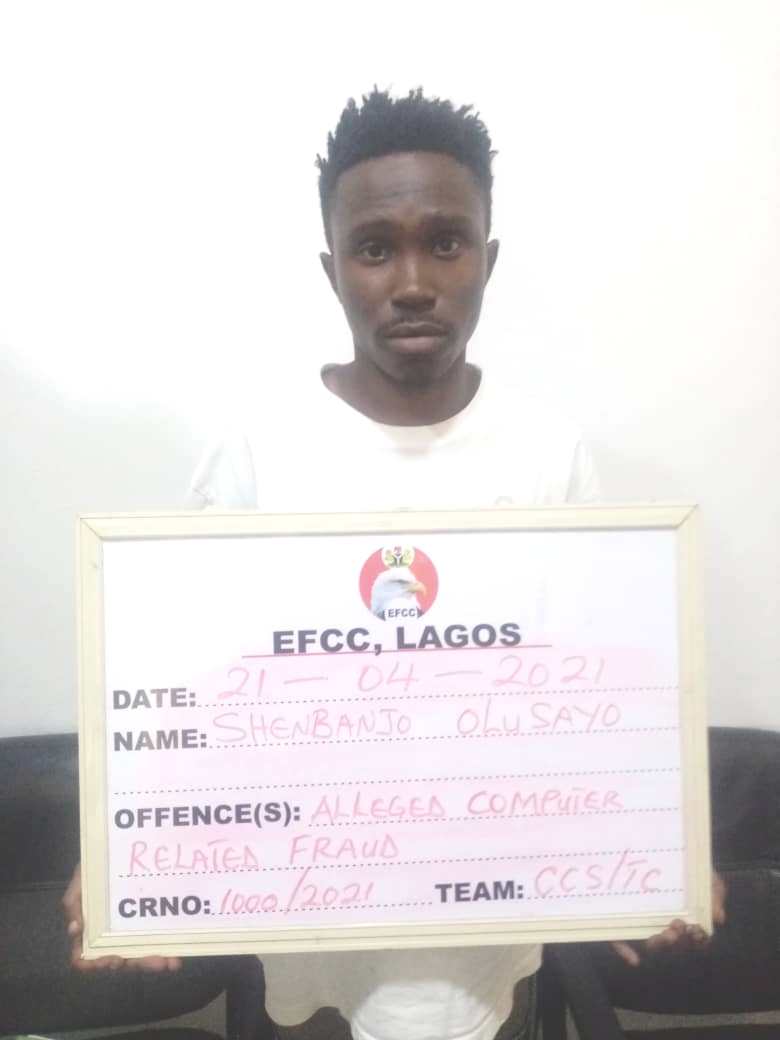 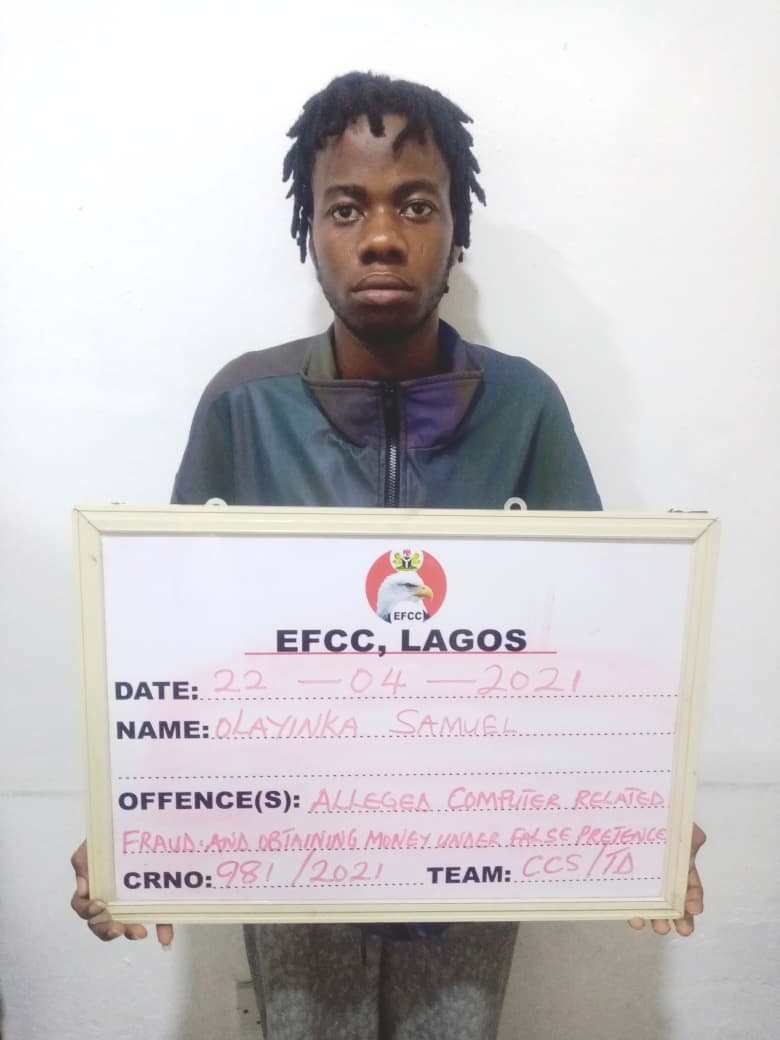 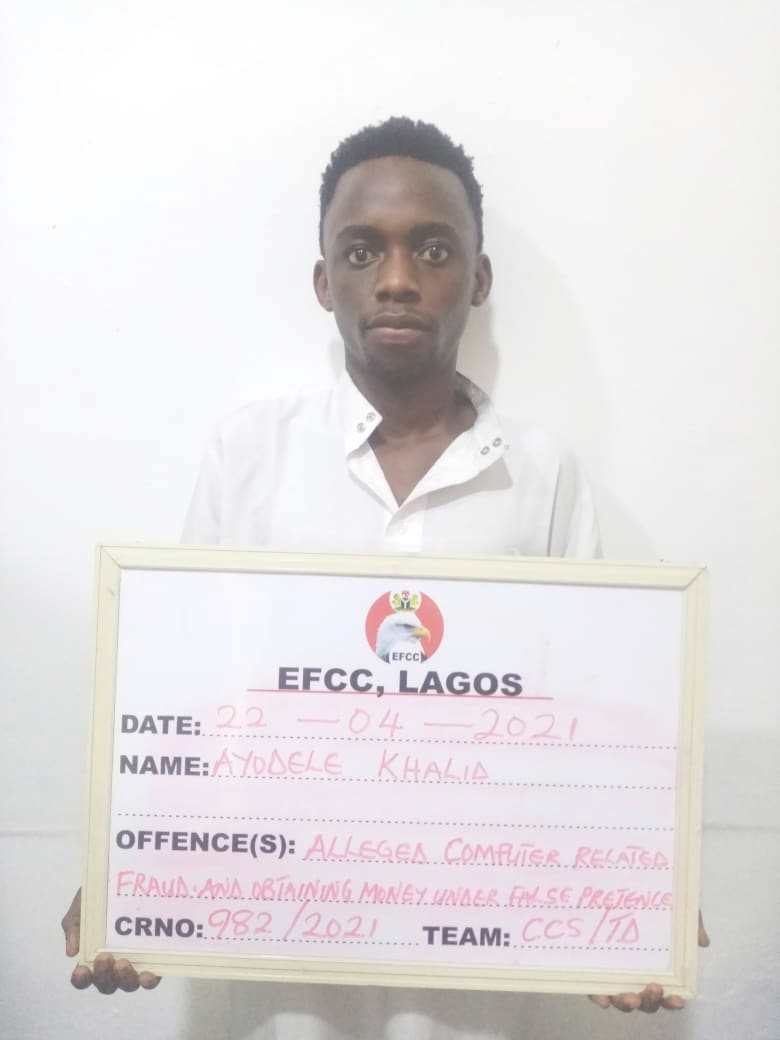 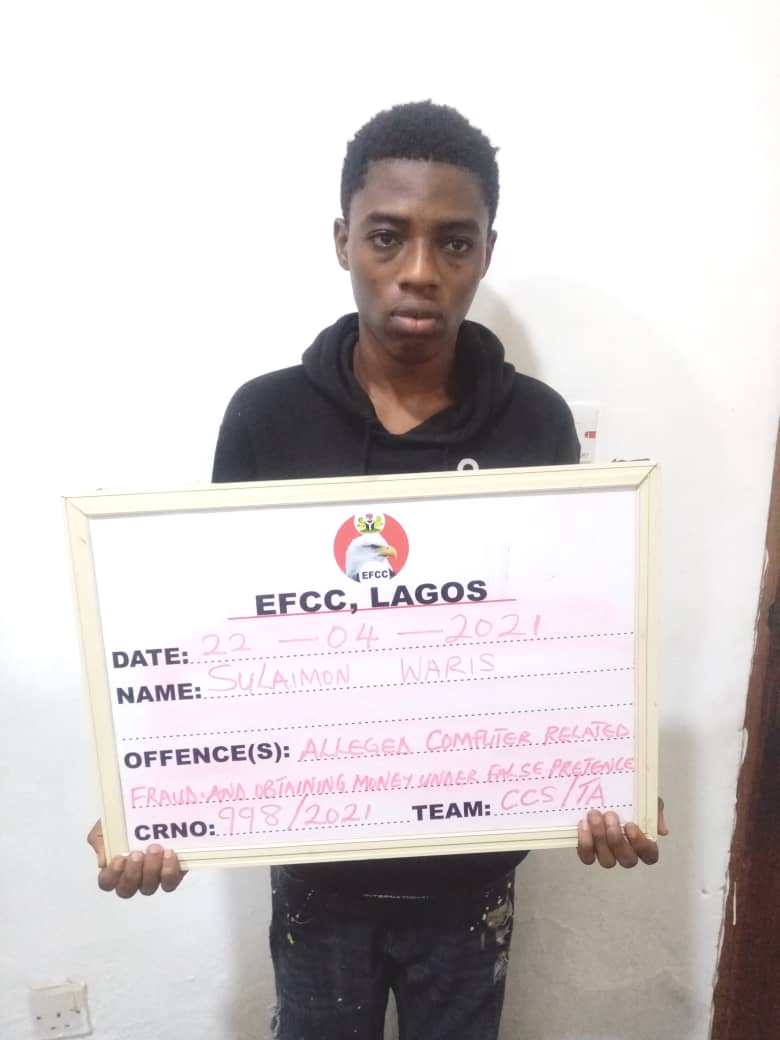 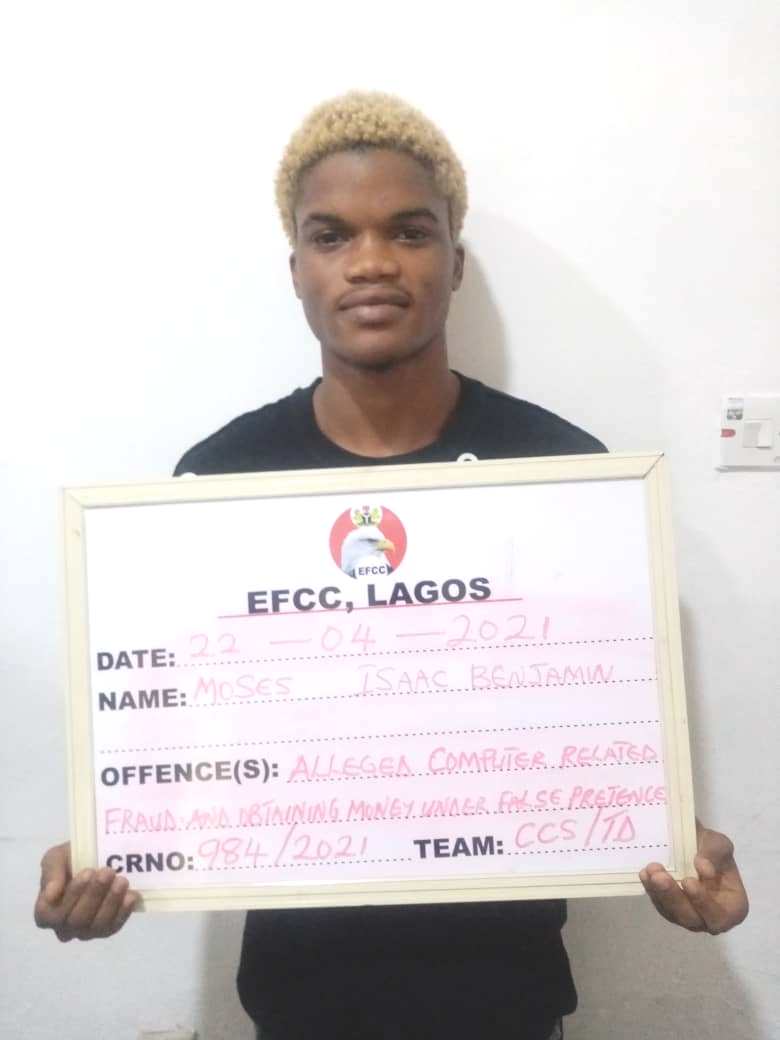 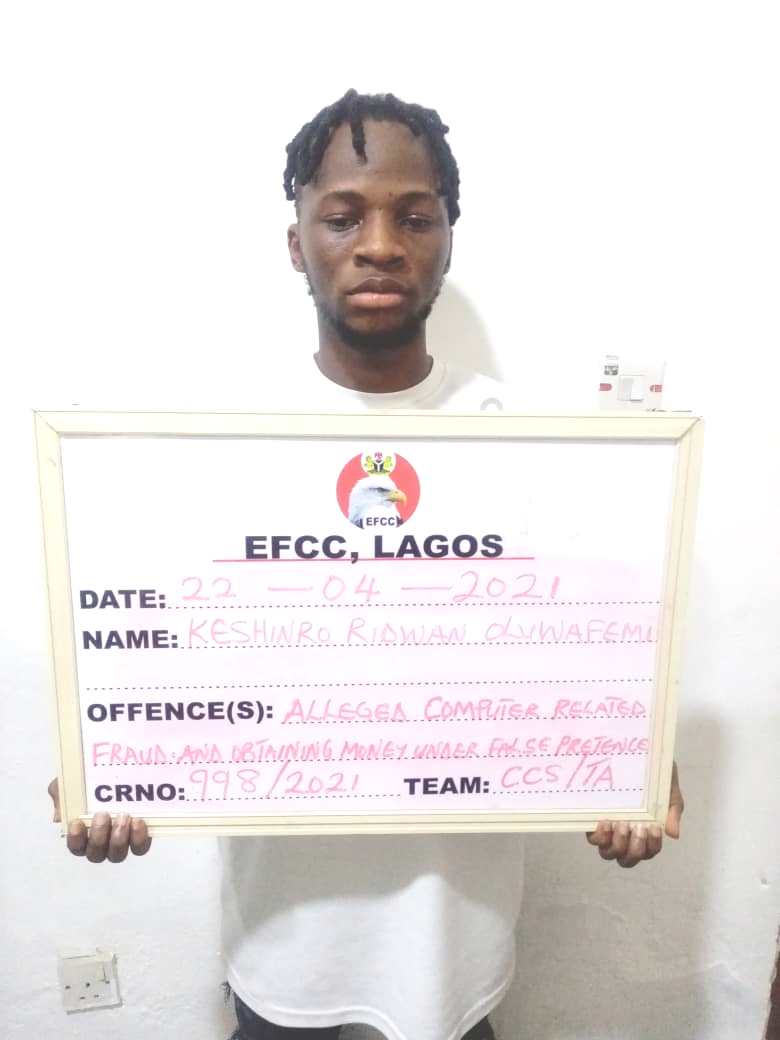 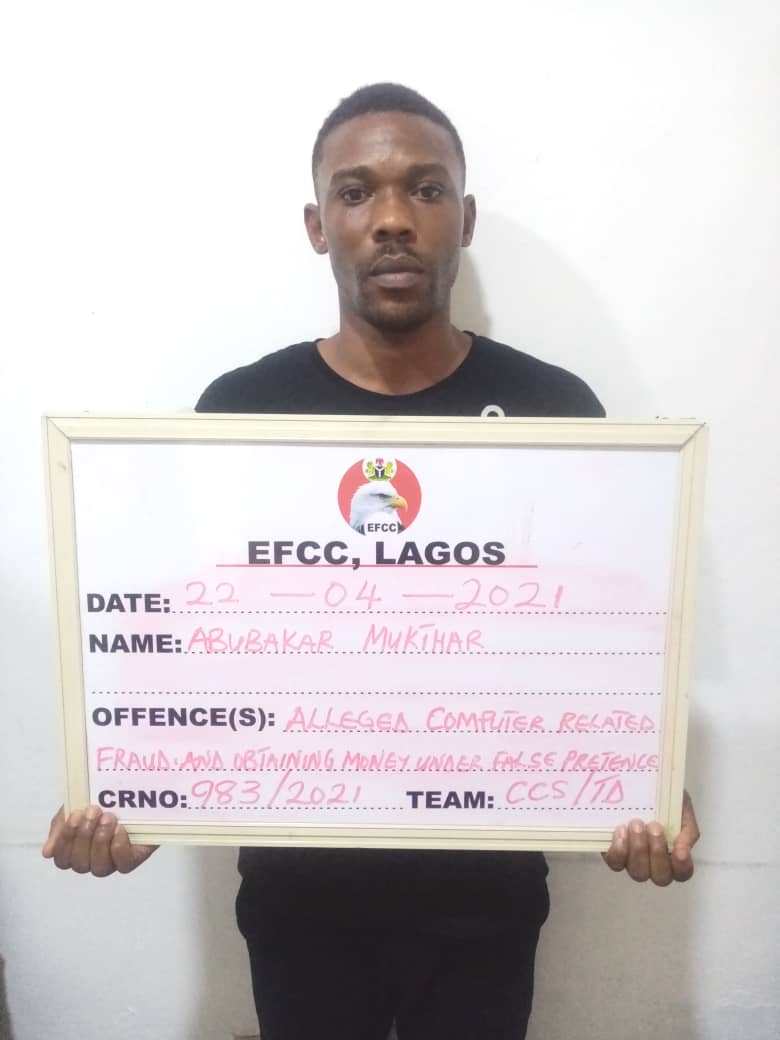 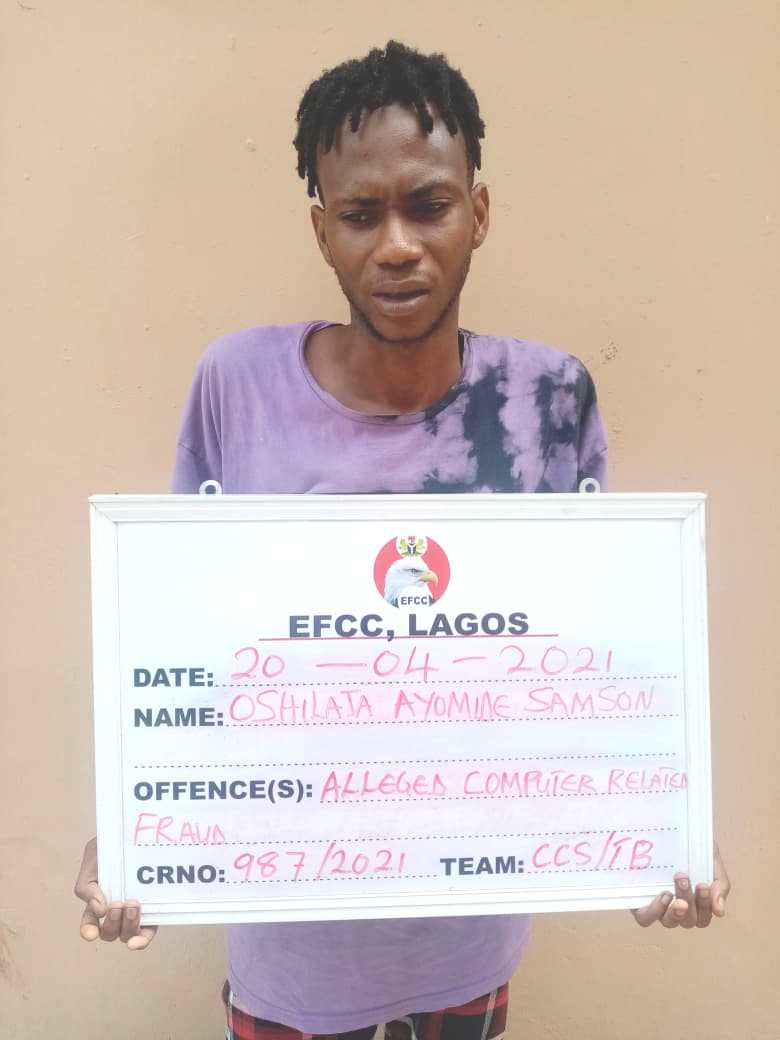 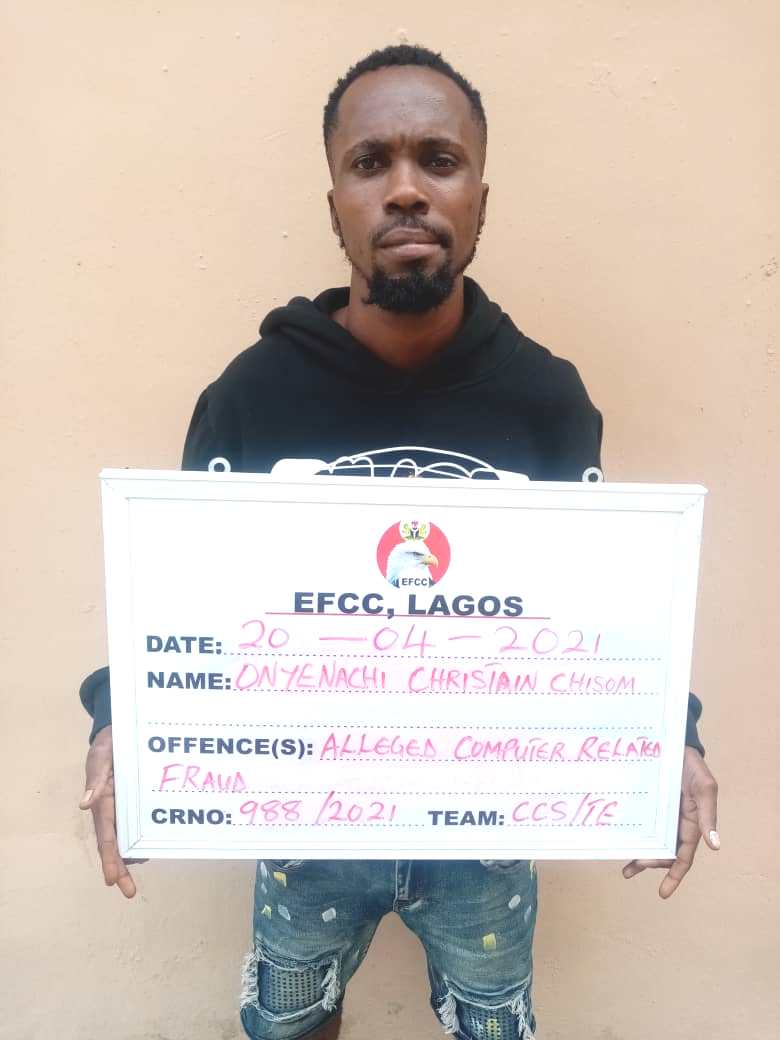 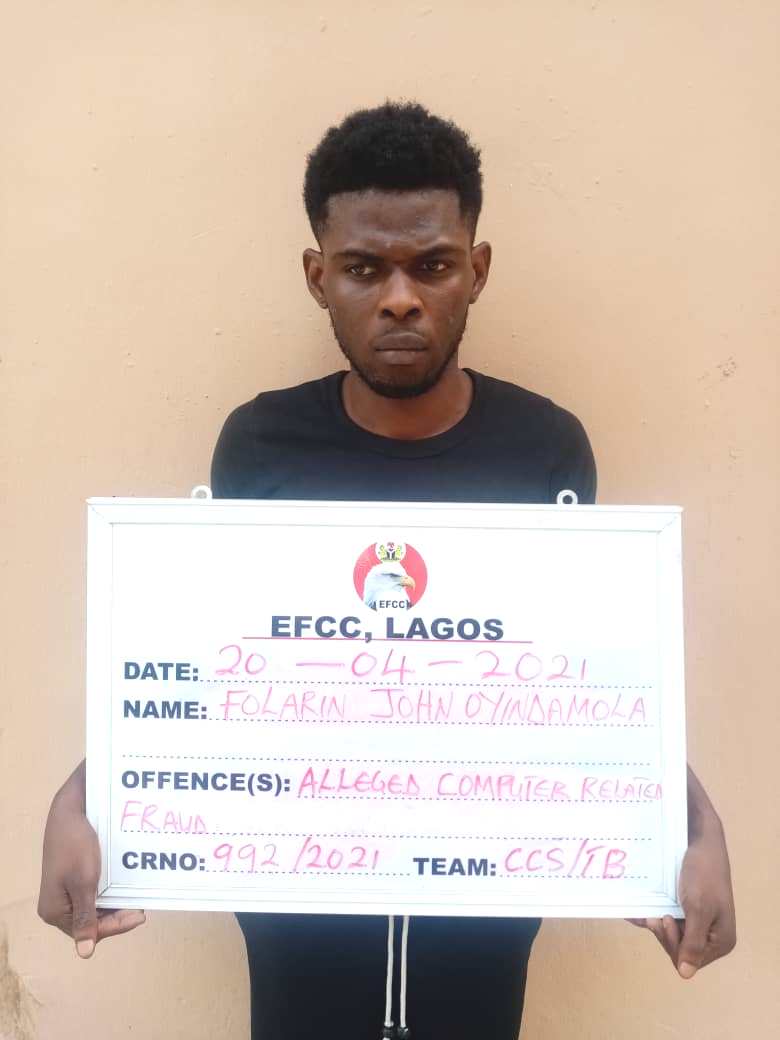 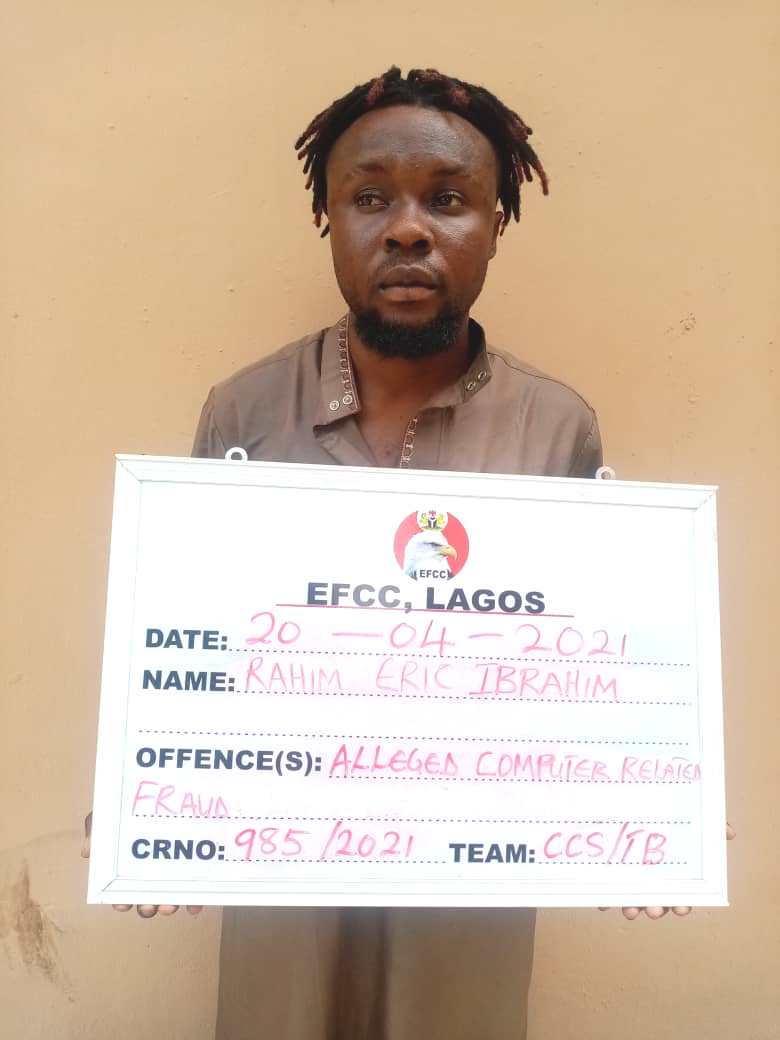 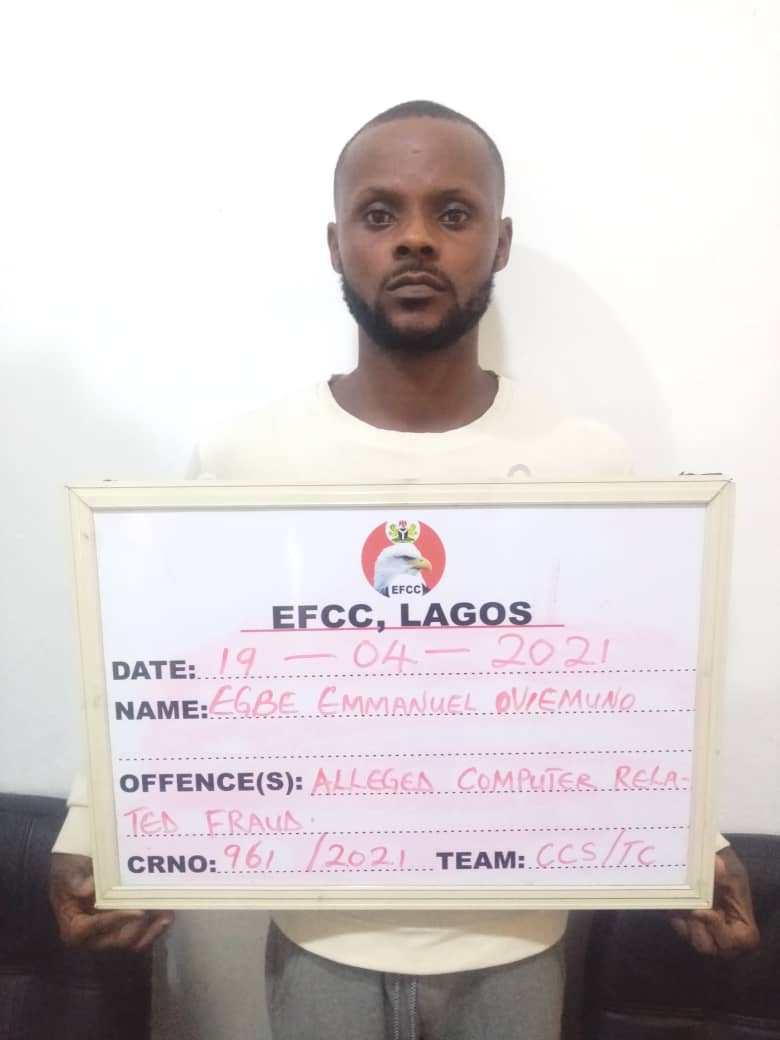 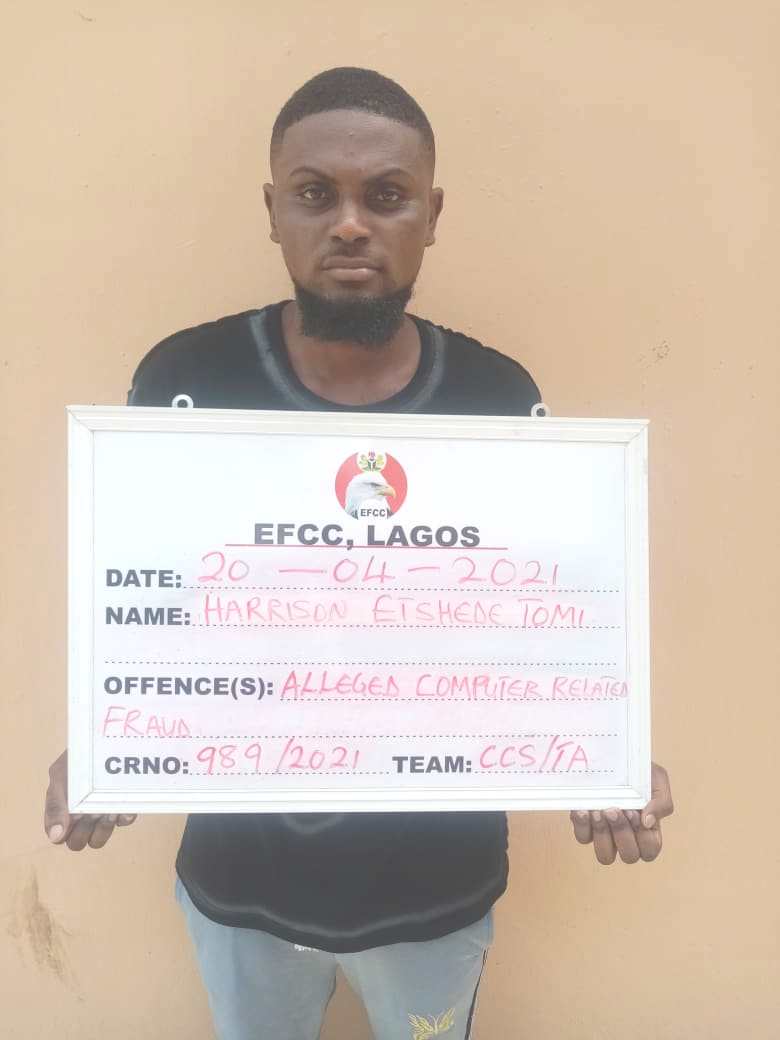