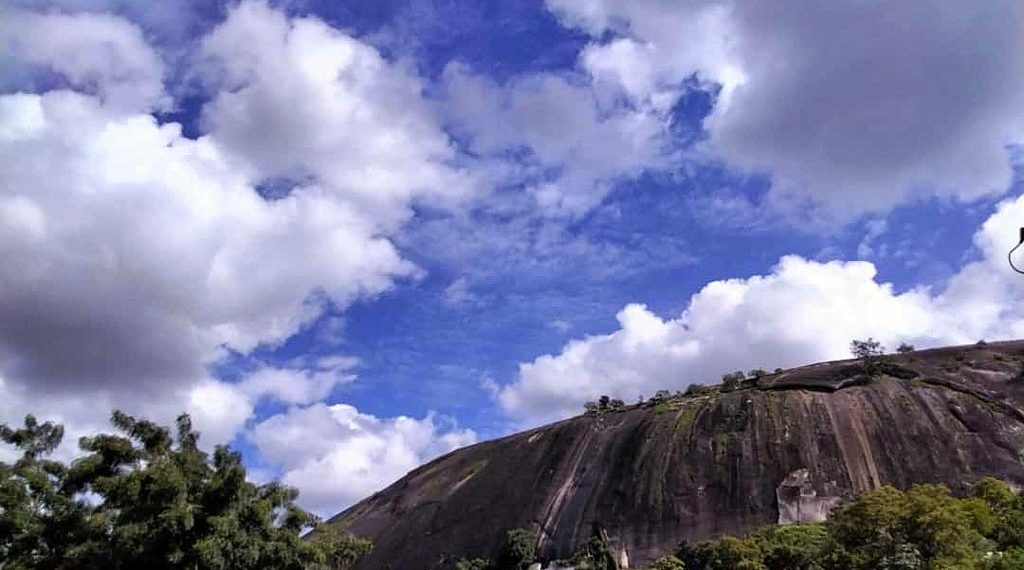 ANALYSIS: How Nigeria plans to meet low carbon pledge by 2030

Nigeria has proposed stronger and ambitious targets than it last did in 2015 sequel to the endorsement of the Paris agreement.

With the submission of an updated Nationally Determined Contribution(NDC) document to the United Nations Framework Convention on Climate Change (UNFCCC) on July 2, Nigeria affirmed its pledges to follow the path of low carbon development by 2030 as enshrined in the Paris accord endorsed in 2015.

The NDC is a document embodying ambitious pledges and actions set by countries that have endorsed the Paris Agreement in order to effectively and efficiently reduce carbon emissions, thus mitigating the devastating impacts of climate change in their respective countries.

It also contains actions countries intend to take in order to build resilience to adapt to the impacts of the rising temperatures.

The submitted NDC document shows that Nigeria has proposed stronger and ambitious targets than it last did in 2015 sequel to the endorsement of the Paris agreement.

Of this, Nigeria is one of the five countries (China, Japan, Nigeria, South Africa and South Korea) that proposed stronger NDC targets, 17 countries submitted stronger targets, nine countries did not increase their ambitions, five proposed new targets, while 75 countries out of the 196 parties that signed the Paris pact have not updated their targets as of August 27.

GHGs are gases that have the property of absorbing infrared radiation (net heat energy) and radiating it back to earth’s surface, thus contributing to greenhouse effects.

“The GHG mitigation assessment has been expanded to cover 11 pollutants in total, including short-lived climate pollutants (black carbon) and their air pollutants (PMs, NOx, SO2,NH3, OC, NMVOCs and CO) to evaluate the co-benefits of mitigation measures in reducing these substances, alongside GHGs,” Nigeria’s NDC final document states.

According to the submitted NDC, Nigeria recommits to its unconditional contribution of reducing carbon emissions by 20 per cent below business-as-usual by 2030, while it increases its conditional target to 47 per cent as against the 45 per cent captured in the 2015 NDC.

The updated NDC also includes an enhanced contribution by the waste sector, which was not included in the 2015 NDC due to lack of reliable data, the Nigerian government said.

“The 2021 NDC update also covers the water resources sector, and articulates other nater value-based solutions not included in the 2015 NDC,” the NDC document noted.

How the targets would be met

In the bid to reflect the increasing importance of climate change issues in Nigeria, the minister of the Federal ministry of environment, Mohammed Abubakar, said they will be focusing on electricity access to all Nigerians, creating green jobs by diversifying the economy, ensuring sustainable waste recycling and clean cooking gas among others.

“We are committed to transforming our climate action plans into results by turning international discussion into pragmatic steps,” the minister said in the submitted NDC.

He said all Ministries, Departments and Agencies (MDAs) are crucial to delivering on the pledges and essentials of the NDC in order to mobilize the international support as commanded by the Paris agreement package.

“With this spirit in mind, we will revise our implementation roadmap to reflect the expanded mitigation measures in the revised 2021 NDC,” the minister added.

The Federal Executive Council (FEC) in 2012 adopted the Nigeria Climate Change Policy Response and Strategy, in order to ensure an effective national response to the multifaceted impacts of climate change in the country .

For this to materialise, Nigeria adopted a comprehensive strategy and specific policies with the aim of fostering low-carbon emissions, high economic growth and development, and as well build a climate resilient society through the attainment of some key objectives.

These objectives include: “To implement mitigation measures that will promote low carbon as well as sustainable and high economic growth; Enhance national capacity to adapt to climate change; Raise climate change related science, technology and R&D to a new level that will enable the country to better participate in international scientific and technological cooperation on climate change.”

Others are: “To significantly increase public awareness and involve private sector participation in addressing the challenges of climate change; Strengthen national institutions and mechanisms (policy, legislative and economic) to establish a suitable and functional framework for climate change governance.”

While Nigeria grapples with significant economic challenges due to revenue shortfalls, perennial insecurity challenges, debt servicing and borrowings, coupled with the devastating impacts of the COVID-19 pandemic, many Nigerians are worried if Nigeria could deliver on its ambiguous NDC targets within the span of nine years.

Razaq Fatai, Policy and Advocacy Manager for ONE Campaign in Africa, said Nigeria has clearly demonstrated strong leadership on the continent with its NDC pledges, but that implementing the measures in the new NDC will require significant resources which will be difficult to mobilize.

“The Nigerian Government is currently in a difficult financial position. The country faces a rising and competing expenditure burden- pandemic response, addressing insecurity, social protection, debt servicing etc- while revenue growth has remained weak since the commitment was first made in 2015,” he said.

Mr Razaq said: “In the future, I would love to see more information on the costing of the new NDC policy commitments and how the government plans to finance them. ”

For the NDC pledges to come to fruition, the policy advocate said the Nigerian government must set realistic and measurable short term targets, cost the plans, seek for multi stakeholder partnerships to finance the commitments, and commit to tracking and evaluating the outcomes of alternative policy solutions.

Jubril Adeojo, managing director, Smefunds Capital Limited, which facilitates investment in climate impact projects, said Nigeria seems not to be serious with the implementation of its climate smart pledges.

“As an observer, anybody can set targets and goals, but what are the practical and realistic measurable policies that would be put together to meet these goals?” he queried.

The Smefund official said; ” All we are seeing are ambiguous goals but I have not seen any practicable policies on ground.”

He urged the implementing ministry and MDAs to provide Nigerians with their policies and implementation plans in at least 6-12 months.

Eno Anwana, an Ecologist and a senior lecturer at the University of Uyo, said the recently submitted NDC is commendable and as acknowledged by the federal government, it is ambitious and opens up questions that need to be addressed for its implementation.

“A nagging question is how the nation intends to fund the 20 per cent unconditional pledged emissions reduction. Until this is answered, beyond the theoretical rhetorics that underscore our submission, I am afraid we may likely fall into the trap of unrealistic target setting,” the Ecologist said.

Mrs Anwana said the current dispensation has brought untold hardship to Nigerians and has plunged several into the poverty trap, thus it will be inhumane to demand more taxes from an overburdened population.

Based on this, she said; ” Increasing taxes and utilities tariffs may be counter productive, and that the measures detailed to reducing emissions from the Agriculture, Forestry and other Land Use( AFOLU) sector needs to be expanded to include budget allocation and moratorium on logging concessions.”

However, following the Intergovernmental Panel on Climate Change (IPCC) report which deals with the scientific basis of climate change and how humans are altering the planet published on August 3, the UNFCCC stated that an initial synthesis of submitted new or updated NDCs early in 2021 showed that collective efforts fall far short of what is required by science to limit global temperature increases by the end of the century to 2C, let alone the desired objective of less than 1.5C.

“Sound policy and action are based on sound science. As the IPCC’s Summary for Policy Makers underscores, limiting warming to 1.5C can only be achieved through immediate and significantly scaled-up reductions. The only way to reach this goal is through the rapid implementation of more ambitious NDCs,” the UNFCCC warned.

This story was produced under the NAREP Climate Change Media 2021 fellowship of the Premium Times Centre for Investigative Journalism.