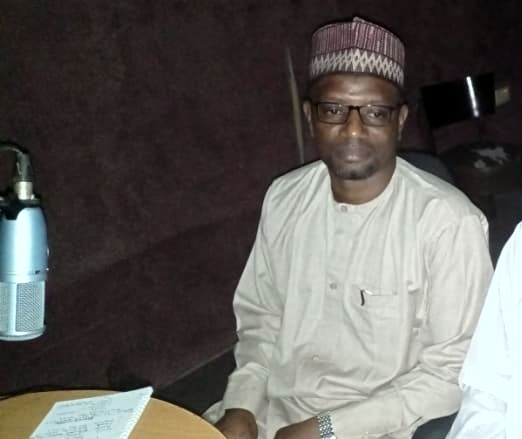 Katsina state Chairman of Board of Internal Revenue.

The Chairman/Chief Executive of the Katsina State Board of Internal Revenue Service explains why the state is behind neighbouring Kano and Kaduna states in revenue generation.

Mustapha Suraj is the Chairman/Chief Executive of the Katsina State Board of Internal Revenue Service. In this interview with Mohammed Babangida, he tells PREMIUM TIMES what the board is doing to boost revenue generation and why the state introduced development levy and cattle tax.

PT: You have been the head of the board for seven months, how has it been so far?

Mr Suraj: I am grateful to God for what he has done to the board through me. When I came, there were challenges and I met two new issues. First, the issue of COVID-19 affected our operations and the lockdown also weighed us down. Businesses were shut and people were locked up in their houses. And then there was the issue of drop in oil price which turned to affect states in revenue generation.

But for everything, we have been doing well and there has been an increase in the revenue we are generating.

PT: What impact has your leadership had on the board?

Mr Suraj: I would say the revenue we generated last month alone is impressive. We were able to gather N700,000,000. It was not like that before I came. The records are there.

PT: When compared to Kano and Kaduna states, Katsina has not been performing well in revenue generation. What have you been doing to catch up or outshine those states?

MR SURAJ: Well, we cannot be compared to some of those states you mentioned. Nonetheless, we have started a plan that will see Katsina outperform those states, especially Kaduna. I have been training our staff ever since I started as the chairman earlier this year. I have organised more than six training (programmes) for our staff and that is to ensure that our staff are updated and trained on the rudiments.

I have come with plans to work hard and ensure that the board is up and doing. But you know plans take time to mature into results, you can’t just wake up and achieve results. You need time and by God’s grace, we will be better than those states you mentioned. Because we are addressing all the problems we met on ground and we have initiated plans to achieve that.

PT: What are you doing to ensure accountability in the revenue collection process?

Suraj: What we are doing is to introduce internet banking for people to pay directly into our account through your phone by dialing some codes. Or better, we will ensure that people go to the bank to make payments and collect their necessary documents. It means you pay and get the required documents.

I also want to call on people to follow the right channel to pay taxes. For instance, someone is trying to get a number plate for his vehicle and he knows the amount is, let’s say N10,000, but someone tells him to give him N6,000. That person knows that the money will not be remitted into the account and because he too wants to cut corners, he will just accept it and life goes on. We need cooperation from the general public to achieve transparency.

PT: The development levy and cattle tax has generated complaints, especially from those not working…

Suraj: (Cuts in) I think asking someone to pay #2,000 per year is not a big deal to anyone hoping for a safer society. We need to look at the issues that necessitated the imposing of levies. We have been living in a society where I don’t even know who my neighbour is. With such an arrangement, I am sure the village head and ward head would know who their people are. So, it is not even much, when you divide it, the money will not be up to #170 per month. We can afford it.

PT: There are people finding it difficult to even eat three square meals, don’t you think it will be a discomfort to them?

Suraj: We didn’t just wake up to impose levy and tax. The governor inaugurated a committee that went around the whole 34 local government areas and discussed with all stakeholders. In some of the states you mentioned earlier, they just wake up and say we have imposed so so amount as levy and tax. But we didn’t do that. The issue has still to do with orientation. Some of our people don’t like obeying rules and regulations. In the Niger Republic there, when a law is made, everyone follows it regularly. As I told you, the state government reached out to the people at the local level and with the kind of orientation we gave, I don’t think there will be problems in collecting the developing levy. It is going to complement our day to day income and help in the security of the state. So, it is a two-way issue.

PT: Couldn’t the government have identified other means of generating revenue and not necessarily to tax the masses?

Suraj: This development levy is not new. Why we decided to bring it back is to ensure security and not like the other way round. We will get revenue, of course, but it is not all about the money. Besides, this is one of the means you asked us to identify (laughs).

PT: You are not visible on the internet in an era where the internet eases things. In some other states, revenue activities are on the Internet, but you don’t even have a website. Why?

Suraj: I have a modernization policy. When I came, there were no internet-based operations. Aside from the website that we will build, we will also be more active on social media to interact effectively with the public.

You know, I came from the Federal Inland Revenue Services (FIRS) and I am aware of how standardised the operations are. When you modernise your activities, things will be easier for you and the public, so we will soon be on the Internet. In the headquarters, there will soon be less paper and more Internet-based work.

PT: Let’s talk about ease of doing business in Katsina. Some small business owners alleged that the board is making it hard for them to do business while big establishments are allowed to skip payment of taxes.

Suraj: It is not true. What we collect is meagre and we have ways of encouraging business owners, small, medium and large. If we had been closing their businesses or taking them to court, that would have amounted to pressurising them or frustrating their businesses. Ask them again, please.

On the allegation that only small businesses are pushed to pay tax, I think I just told you that we realised N700 million. Do you think we can generate that only through the small business owners? It is not possible. We have also taken the Kano Electricity Distribution Company KEDCO to court for defaulting. Is KEDCO a small business?

The atmosphere is good for businesses in the state.

PT: The board has failed to reach set revenue targets most of the years…..

Suraj: But I started this year. I have been here for just seven months. But all the same, we can say tax is not a standard thing that no one can say this is what we are collecting this month and it must continue like that in every month. For instance, if in July, 10,000 abide and pay tax, you may have only 2,000 paying in August. I am just giving you an example. So, it is not a miracle. But we are working towards ensuring that everyone is sensitised and knows that paying tax is a responsible duty of everyone.

But part of what we are doing is to get the quantum of taxpayers, we need a comprehensive database of who and who are supposed to pay tax. When we finish that, we will just look at how best to ensure that everyone pays.