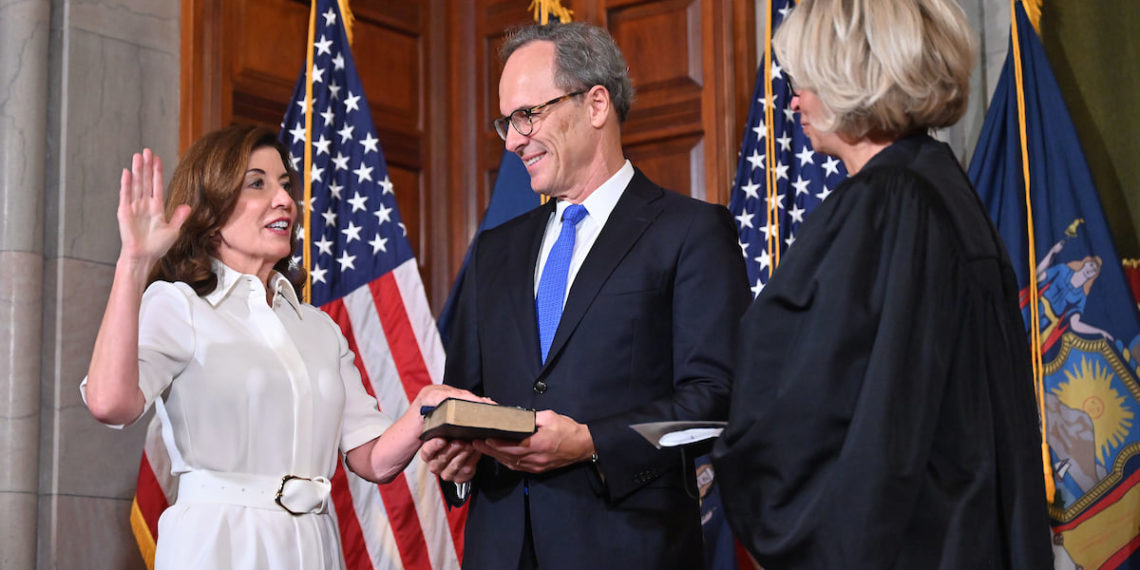 Ms Hochul, a Democrat, has promised to usher in a new era of civility and consensus in state government.

Mr Cuomo would announce his resignation a week later, ending his 10-year reign as governor within which he rose to national prominence for his handling of COVID-19 pandemic last year. He denied wrongdoing.

Ms Hochul, a Democrat, has promised to usher in a new era of civility and consensus in state government.

“I feel the weight of responsibility on my shoulders and I will tell New Yorkers I’m up for the task,”
the New York Times quoted Ms Hochul as having told WGRZ-TV, a local news station, shortly after she was sworn in.

“I thought about all the women that came before me, including my mother who was not there, but a lot of women through history, and I felt they passed the torch to me.”

Ms Hochul would now have to decide what she would veer from Mr Cuomo’s COVID-19 response plans and whom to retain from the outgoing governor’s cabinet.

The incoming governor Hochul is a graduate of Syracuse University and Catholic University, where she obtained her law degree.