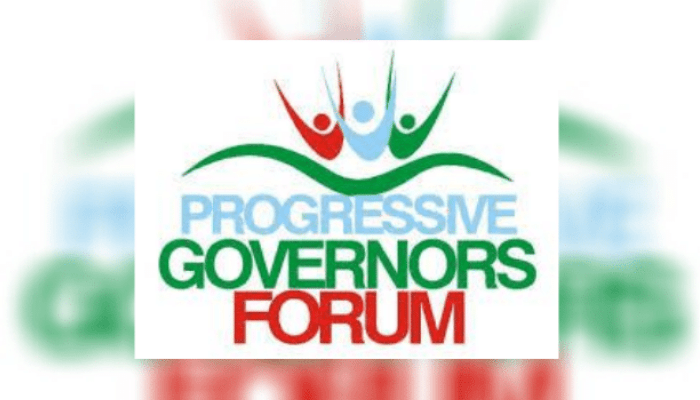 Ex- INEC Chairman, Attahiru Jega, had in a recent interview said the APC and the PDP had failed Nigerians.

The Progressive Governors Forum (PGF) has faulted claim by Attahiru Jega, former INEC chairman, that the two major parties in the country have failed Nigerians.

The Director-General of the Forum, Salihu Lukman, said this in a statement on Monday in Abuja.

Mr Jega had in a BBC Hausa Service interview on August 2, claimed that the two parties- the All Progressives Congress (APC) and the Peoples Democratic Party (PDP) – had failed Nigerians.

Mr Jega, who was the INEC boss when the APC defeated the PDP in the 2015 presidential election, said the two parties should not be trusted again.

But Mr Lukman said Mr Jega had no evidence to support his submission.

“He had submitted that the two big parties had failed to engender good governance and development in the country; consequently, he called on Nigerians not to give their trust to the parties again.

“Coming from Jega, the claim that both the PDP and APC are the same and had failed Nigerians should not be taken lightly,’’ he said.

Mr Lukman said this was especially because Mr Jega wasn’t just INEC former chairman, but a respected political scientist internationally, a theoretician and practitioner whose commitment to Nigeria’s development could not be faulted.

He said Mr Jega grew through the ranks of radical activism to become the leader, both intellectually and in the practical field of politics.

He said the former INEC chairman was able to inspire and influence the emergence of generation of both activists and leaders in the country.

Mr Lukman said as a former INEC chairman, it could not be disputed that Mr Jega successfully led the reform of electoral management in the country.

He noted that as expected, both the PDP and APC dismissed Mr Jega’s submission, arguing that he was wrong to conclude that the parties had failed Nigerians.

He added that such allegations should be proven beyond the opinion of people, stressing that Mr Jega did not present any specific validation on his conclusion.

“Both listening and reading the script of the interview, one is tempted to conclude that Jega spoke more as a politician in that interview, than the thorough scholar he is.

“Being a Peoples` Redemption Party (PRP) member, it was more about justifying his choice of PRP as opposed to any of the so-called big parties.

“In many respects, it wasn’t necessary at all, he doesn’t need to justify his political choice with reference to other parties.

“Doing so, cheaply bring him down to the basement of one-dimensional politics, which he is way above,’’ Lukman said.

He said it was unfortunate that from the BBC interview, Mr Jega didn’t make any attempt to present how his party, the PRP, would be different.

“The President Muhammadu Buhari-led government is doing a lot in all sectors of the country`s economy to positively impact on the lives of Nigerians contrary to belief by some critics,” Mr Lukman said.

He said under the administration, there were around 900 active road contracts covering the construction, reconstruction or rehabilitation of more than 13,000km of federal roads and highways across the country.

This, he said, was out of a total number of 35,000km of federal roads in existence according to the Ministry of Works and Housing.

He said that in the agriculture sector some of the specific initiatives of the APC-led government included the National Food Security Council (NFSC) and Agriculture for Food and Jobs Plan (AFJP) among others.

He said since assumption of office in 2015, APC led federal government had been implementing National Social Investment Programme (NSIP), which was far more than what any government in the past has done.

He said the goal of the (NSIP) was to lift 100 million Nigerians out of poverty.

According to him, millions of poor Nigerians are already benefiting from the initiative, while N36.9 billion in interest-free loans of between N50, 000 to N350,000 has been disbursed to more than 2.3 million Nigerians.

“Apart from these, there are other initiatives in other sectors,’’ the PGF DG stressed.

He added that the achievements cited above were just to substantiate the point that based on records of performance in government, APC could not be in the same category with the PDP.

Mr Lukman maintained that anybody arguing that these achievements represented failure, would need to substantiate it with convincing evidence of how their impact on the lives of Nigerians translated to negative outcomes.

“Unlike PDP leaders, APC leaders are not in denial of the existence of challenges, in spite of the challenges, however, APC led federal government is making efforts to move the country forward.

“Unlike the PDP, APC-led government is not a failure,’’ he said.

Stop At Nothing: TECNO pays tribute to human pursuit of purpose and ambition