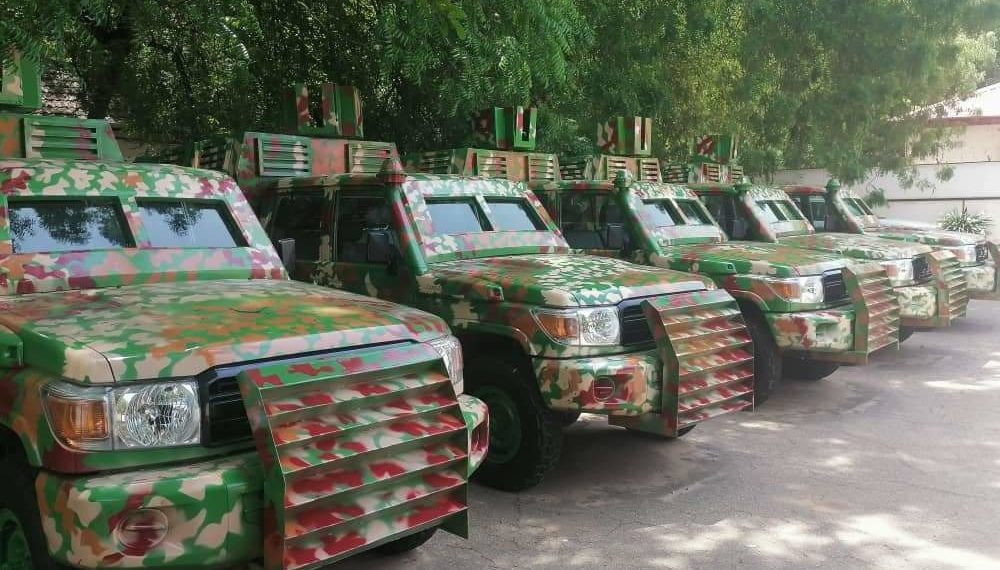 The Kebbi State Government on Friday said it has remodelled some SUVs into armoured personnel carriers to help the Nigerian military check insecurity in the state.

Yahaya Sarki, media aide to Kebbi Governor Atiku Bagudu, said the effort was meant to support the security services in the fight against banditry in the state.

“The vehicles painted in army colour, were produced locally by the Deputy Governor of the State, retired Colonel Samaila Yombe Dabai, who is a retired military officer.

“Colenel Yombe told newsmen this Friday, that the vehicles have been reinforced with hardened steel and suitable for battle with provisions for a driver, a gunner and space for extra troops.

“The action was approved and supported by Governor Abubakar Atiku Bagudu towards providing transportation to combatants as a major requirement in warfare in securing the lives and property of the citizenry.

“The Deputy Governor described Kebbi State as the pace setter in the country in such innovative technology, which served as both cost effective measure and advancing Nigeria’s quest for technical know-how,” Mr Sarki said.

Buhari: How not to fail, By Festus Adedayo