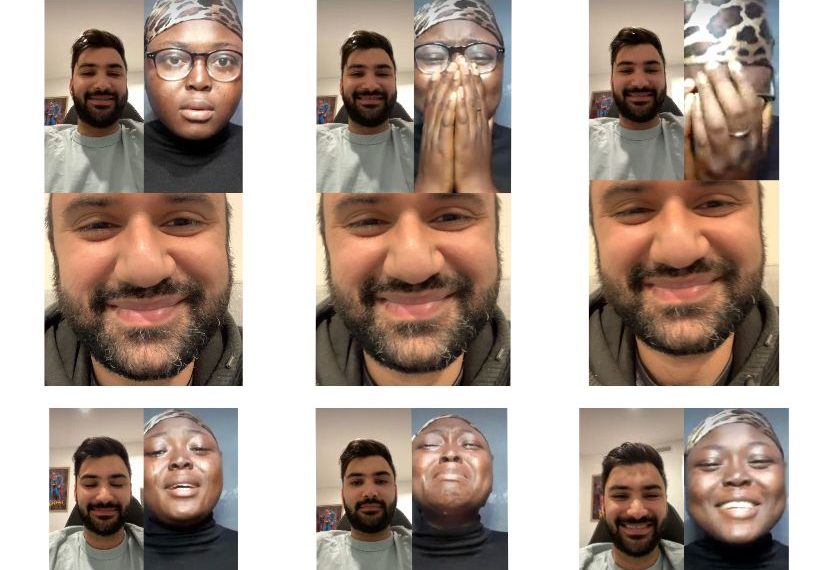 The priceless reaction of Kawthar Salahudeen when she was announced the winner of the Purvez Bilimoria Global Award for Legal Excellence last week. (Photo Credit: Rohan Bilimoria)

Kawthar Salahudeen stole the show earlier this month when she won the coveted Purvez Bilimoria Global Award for Legal Excellence, becoming the second Nigerian student to do so.

Initiated by Rohan Bilimoria and his brother, Karan Bilimoria, in memory of their late father in 2019, the award rewards winners with annual prize money of AUD5,000 (about N1.5 million).

Rohan Bilimoria, who announced this year’s winner last week, said Ms Salahudeen, 24, saw off competition from over 65 law students around the world to pick the prize.

Ms Salahudeen’s triumph means she repeated the feat achieved by her compatriot, Evaristus Okechukwu, who won the global award last year. Both are final year law students at the University of Ibadan.

A rights advocate who runs a barbershop, Ms Salahudeen is an alumnus of the Walter Carrington Youth Fellowship Initiative, while Mr Okechukwu has had internship stints in the legal and financial industry, including with the Bank of America, which he will be joining next year as a full-time analyst.

The two students spoke in this interview with PREMIUM TIMES’ Yusuf Akinpelu about winning the award, their plans after graduation and on Nigeria’s educational sector and the judiciary.

PT: How does it feel to win the 2021 Purvez Bilimoria Global Award for legal excellence? Does either of you have a hand in each other’s triumph?

Kawthar: Most people would reply that it feels like a dream come true, but for me it is more of a step in the direction to finally live my dream. I have had so many things planned out for myself ranging from how to secure my law school fee, how I am going to empower and train young girls and women in marginalised settings with a hard skill, with respect to financial independence. There was a lot in my head and winning this award is just that one spin that turns the table around.

Purvez Bilimoria Award creates a platform that celebrates excellence across borders. It aims to identify unique talent and award genuine contribution to societal development. It feels like, for once, I am being heard and what I do generally matters. It was my first time applying and I won it. 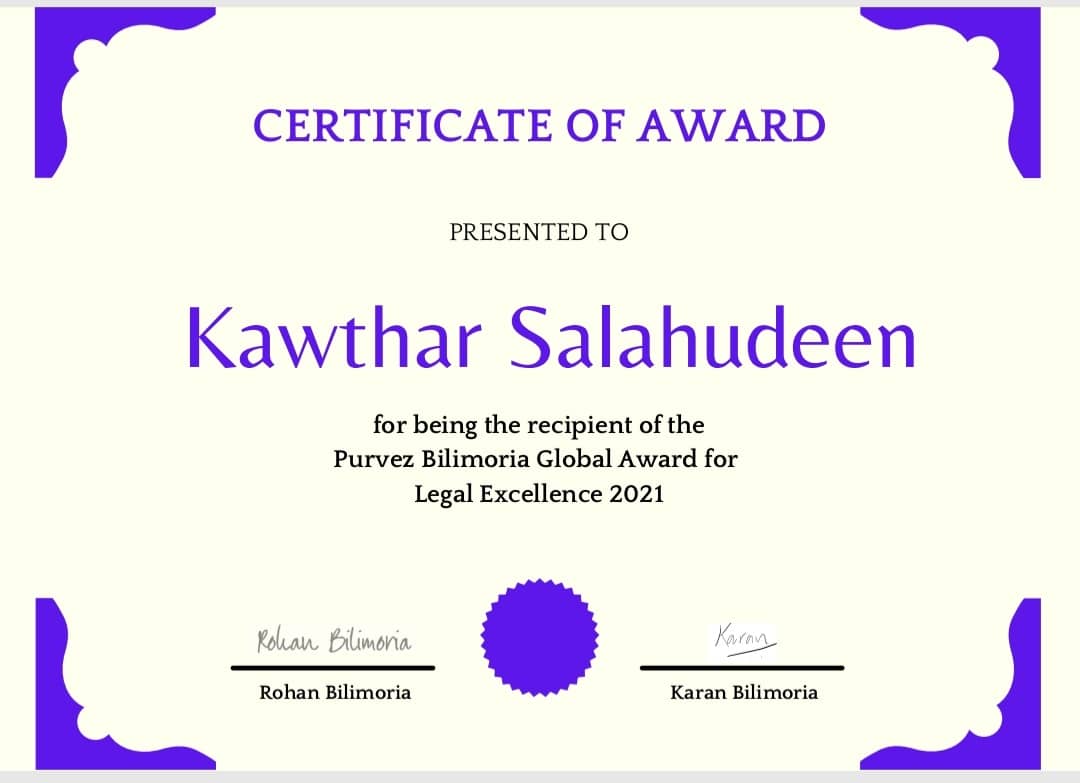 With respect to whether either of us has a hand in each other’s triumph, I would say Eva stretched his hand forward as a mountain guide. He was a motivation and nothing more or less.

Evaristus: For me, winning the award in 2020 was a surprising and exhilarating opportunity and confidence booster mostly because of the processes and activities leading up to the win. I will explain.

In June 2019, I was searching and scouting for global opportunities and scholarships (using hashtags basically) on LinkedIn when I saw a post made some days back about the scholarship by Rohan Bilimoria. That was the very first edition of the award. I sent Rohan a connection request and asked if a law student from Nigeria could apply, he responded in the affirmative and that was the cue I needed. I got to the final stages but I did not win. In 2020, I tried again and I won the award. 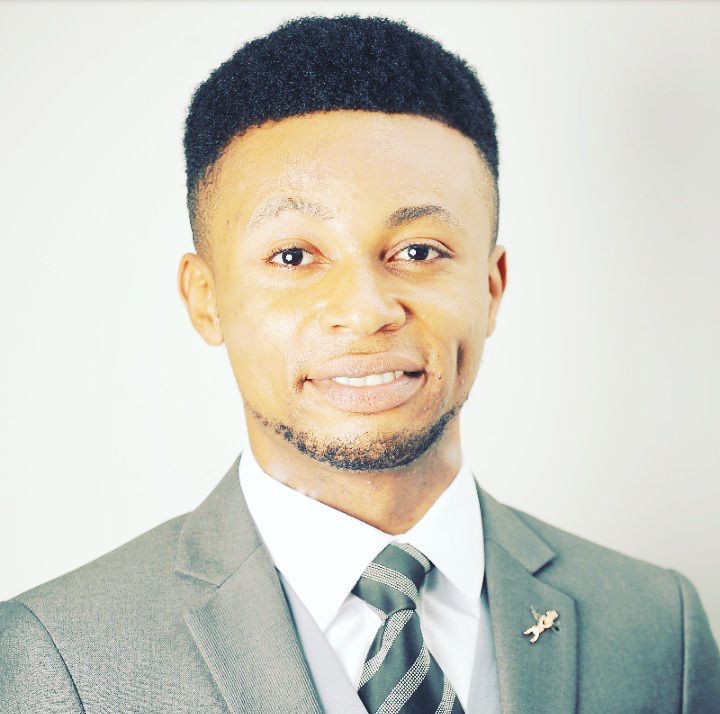 Winning the award boosted my confidence and I felt I could conquer the world. It is safe to say the award formed the foundation for other global wins I have had since then.

PT: Where do you go from here? Is there something we should look forward to with the prize money you got?

Kawthar: I love surprises, so I will keep some things hidden. But for now, I will be training 30 young girls in the age range of 15 to 20 for the rest of the year with the hard skill of barbing. As you know, I am a barber and I operate a barbershop.

Furthermore, with the funds, I will sign them off with starter kits, create employment as part of my contribution to national development and my movement to further create a league of financially independent millennials.

PT: What would you say you did right that earned you both this award? Someone may be out there willing to throw their hats in the ring.

Kawthar: I have been asked this question many times by interested applicants. I would say you should tell your story the way it is. Nothing superfluous. You are not asked to write 1000 words for peanuts. You are required to submit a two minutes or less video, so how hard can that be? I can’t categorically say this is what they want but I know the elements in my entry – candour, impact, and ingenuity.

Talking of ingenuity, I was scouting for what different things I could do to be ahead of others. I got the idea of pitching in the second person singular which I have never seen before. I asked my friends and senior colleagues if doing a pitch in a second person singular made sense and they all had reservations about it, more like they felt it was not good enough and it would look bizarre.

But I guess that was the difference for me.

Look, it may or may not be these things but I can bet that they can sense when your person does not match your story and most importantly own your story.

Lastly, get yourself a good camera, nice background, be audible and be creative – my tuppence on this.

Evaristus: I have also been asked this question many times by a lot of applicants. My response has always been the same.

I saw my entry as a two-minute elevator pitch and I handled it as such. I tried to sell myself to the organisers, literally.

My advice would be, ensure the video is of good quality. Speak in a clear and balanced manner, make every sentence count and yes, smile.

A little ingenuity won’t hurt too. So think up something that could make your video stand out. Mine was using captions and subtitles.

PT: Nigeria’s educational system has often been criticised for lacking dynamism, yet it keeps producing persons like both of you? What are we likely doing right?

Kawthar: I will get a bit personal here. The truth is when Nigeria happens to you, when you are a subject in a less-reflective Nigerian State, you will just grow to be dynamic. The educational system pushes you to be twice as hard, more creative and that is reflective of the performance of Nigerians home and abroad. You can tell if you are a product of the University of Ibadan.

What can we do better? A lot can be done. We have experts and good teachers and lecturers in Nigeria but are they willing to teach? Yes, when the pay is good and encouraging. So let’s start from better funding then we will harness the best in these people.

Like I would say in Yoruba (inú dúndùn ló n mórí wú wá – happiness breeds enthusiasm to work). Funding is a big problem which also is a major cause of incessant strike and infrastructural decay; to complete eradication of the commercialisation and privatisation of the sector.

Evaristus: The amazing results and wins by Nigerian students especially students from University of Ibadan can be attributed to two factors.

First, grit. Being a Nigerian alone comes with a certain courage and resolve to succeed against all odds. The average Nigerian youth is super-determined and hardworking. I feel this gives us a natural advantage over our peers from other parts of the globe.

Second, the academic institution, University of Ibadan, enjoys a pride of place as not just the premier university but the best university in Nigeria according to The Times Rankings. This also translates into very stringent admission policies as it admits students solely on merit and was recently recognised by JAMB as the best transparent university on admission.

I believe those two factors contribute in no small measure. Thank you.

PT: What would you say is the fate of the Judiciary at a time it is battling for autonomy?

Kawthar: I would say honestly their fight for autonomy is long overdue. Suffice to say that the autonomy of the Legislature and Judiciary is critical to the sustenance of the country’s democratic process.

PT: Evaristus, you are moving into finance. Is that bye to law?

Evaristus: Interesting question. The answer is yes and no. Yes, because after a successful summer internship with a global investment bank this summer, I secured a full-time role which I would be starting next year in London.

No, because, even if I don’t end up practicing law, I am and will always be a lawyer at heart as I always see situations where I will have to bring my legal skills to bear even in finance. From legal internships to private equity and now to investment banking, my legal skills have stood me out as an exceptional candidate and I am not about to stop now.

PT: Kawthar, you are still a student and you have been an unrelenting advocate for people’s rights? How have you been keeping up?

Kawthar: It is never a smooth path to tread so you can all imagine the long story without me telling it. But I want to directly be in a position where I can change people’s lives in multitude, not just calling and clamouring, protesting wrongs, upholding rights and you know time isn’t on our side any longer. The last few years have witnessed incessant muddling and trampling of all we know as basic rights.

Suffice to say that I am lucky I have not been gunned down by a man in uniform or kidnapped for ransom by some bandits (laughs).

PT: Imagine you became the education minister, what would you change?

Kawthar: First, completely overhaul a system that is so archaic in its curriculum to inculcate new trends that are geared towards national development.

Secondly, create a blueprint that addresses the needs of the nation with a 20-year plan through education.

Thirdly, students can work and study especially when it comes to internships which I think should be paid and comfortable. Create a work and study plan that is favourable.

Fourthly, work on eradicating completely commercialisation and privatisation of the education system.

Lastly, have a trust fund that serves diverse purposes of funding research, funding competitions abroad and others.

Evaristus: Work with the government and private sector to institute paid internships and industrial training for all university students.