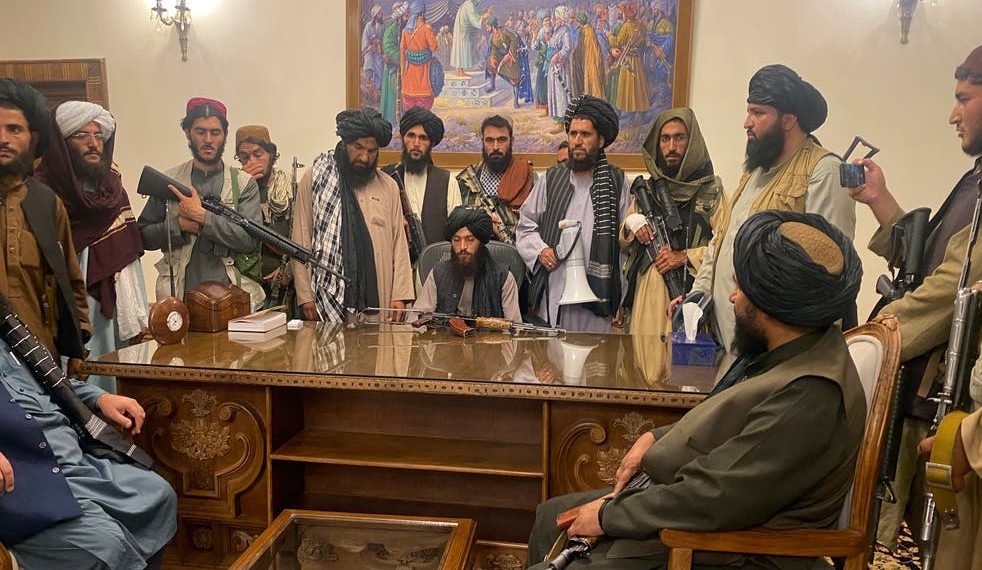 Chaos in Kabul airport as Afghans and foreigners attempt to flee

The U.S., UK, Germany, Canada, UAE and a host of other nations are all seeking to evacuate their nationals from the country.

Scenes of chaos have been seen at Kabul’s airport as thousands of Afghans, foreign diplomats and officials attempt to flee the country, moments after the Taliban seized Afghanistan.

With the Taliban installed in the presidential palace and the elected president having fled the country, access to Hamid Karzai airport, five kilometres from the centre of the capital, was possible only through Taliban checkpoints, the UK Guardian reported.

As night fell, multiple explosions were heard in Afghanistan’s capital – and local media reported that gunfire could be heard at the airport.

The U.S., UK, Germany, Canada, UAE and a host of other nations are all seeking to evacuate their nationals from the country.

The civilian side of the airport came under fire on Sunday and by Monday morning, there were reports U.S. troops had fired into the air to disperse surging crowds.

The BBC reports the U.S. military has secured the site and is taking over air traffic control to evacuate American and allied staff.

“Foreign embassies warned their nationals and Afghan citizens it was not safe to travel to the airport, and only to go there if instructed. Embassy staff are being helicoptered to the military side of the airport, which is being secured by U.S. soldiers.”

Commercial flights have mostly been suspended, leaving hundreds of Afghans and other foreign nationals in the airport stranded.

The Taliban claimed victory after the government collapsed on Sunday. President Ashraf Ghani has fled abroad.

He did so in order to avoid bloodshed, Mr Ghani said.

The Taliban now face “a new historical test,” he added. “Either they will protect the name and honor of Afghanistan or they will prioritize other places and networks.”

“In order to win legitimacy and the hearts of the people, it is necessary for the Taliban to give assurance to all the people, tribes, different segments, sisters and women of Afghanistan and to make clear plans and share them with the public,” he said without disclosing he had gone.

The militants’ return to rule brings an end to almost 20 years of a U.S.-led coalition’s presence in the country.

The group was able to seize control after most foreign troops pulled out.

At the weekend U.S. President Joe Biden defended the withdrawal of American troops, saying he could not justify an “endless American presence in the middle of another country’s civil conflict.”