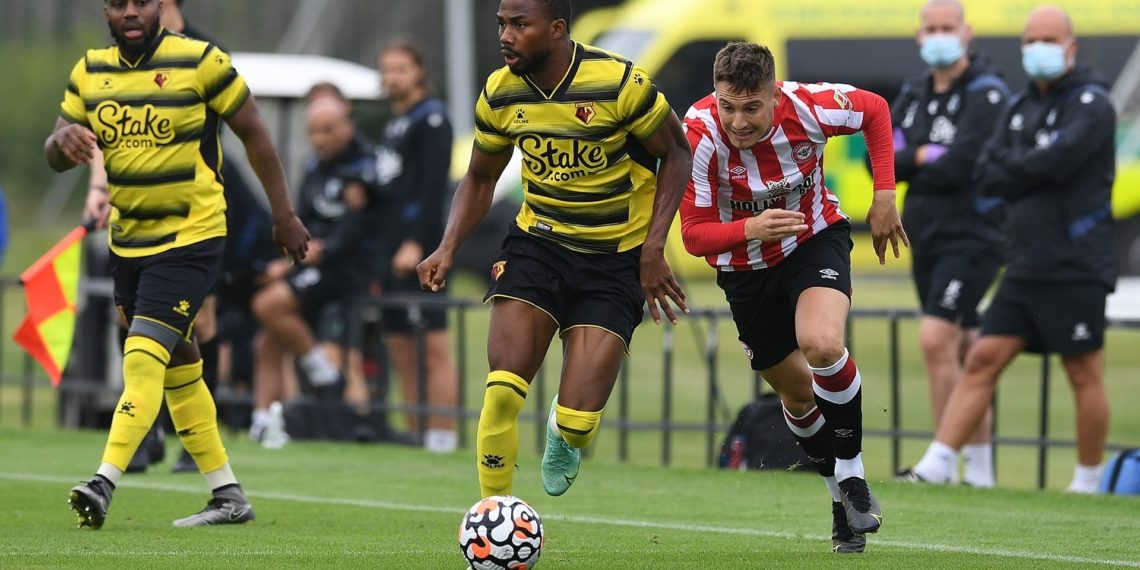 The new Watford striker, Dennis, marked his EPL debut with a goal and assist.

Super Eagles stars have made a blistering start in the Premier League this season; as they all secured victories in the opening weekend of action in the English top flight.

Frank Onyeka blazed the trail; winning with Brentford on Friday night and his compatriots followed up with heartwarming performances in Saturday’s games.

At Vicarage Road, Emmanuel Dennis made a grand entry to the Premier League; scoring a goal and also providing an assist in Watford’s 3-2 win over Aston Villa.

Dennis was on target in the 10th minute while he provided an assist for Ismaila Sarr to double the lead for Watford in the 42nd minute.

The Nigerian forward was taken off for Juan Hernandez in the 66th minute, and the substitute made his presence felt immediately as he got Watford’s third goal just 49 seconds after replacing Dennis.

Though Aston Villa pulled two goals back, it was not enough to deny Watford a winning return to the Premier League.

Apart from Dennis, the Nigerian duo of Oghenekaro Etebo and William Troost-Ekong were both in action for Watford also. 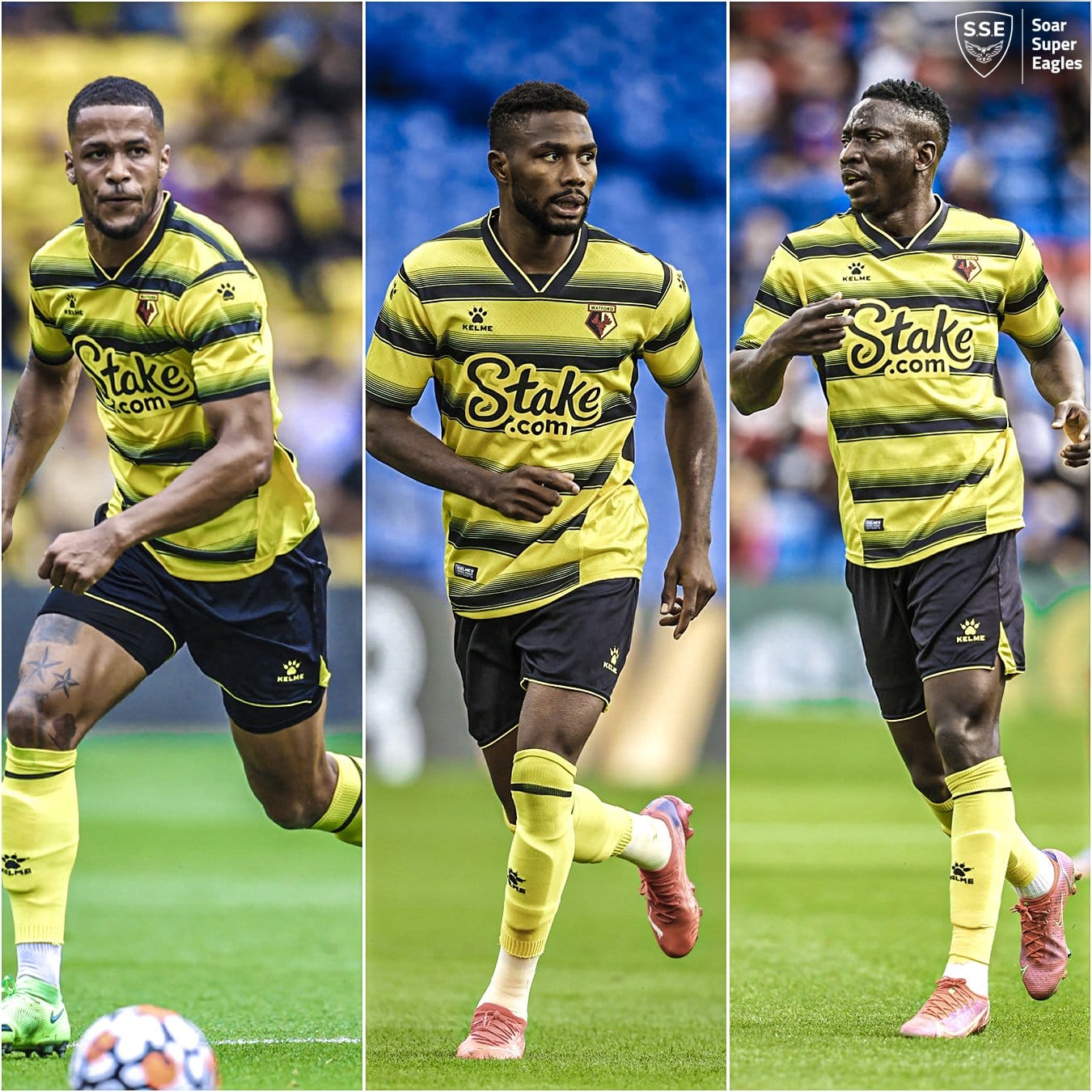 Elsewhere, Alex Iwobi enjoyed a 3-1 win with Everton against Southampton.

Iwobi came on as a 70th-minute substitute for Andres Towsend and provided the assist for Everton’s second goal as Rafa Benitez’s men battled from a goal down to claim the impressive win.

At the King Power Stadium, Wilfred Ndidi and Kelechi Iheanacho were both in action as Leicester City secured a lone goal victory against Wolverhampton.

Jamie Vardy got the only goal in the first half with an impressive finish.

In the other games also decided on Saturday, Chelsea romped to a 3-0 win over Crystal Palace at Stamford Bridge.

Marcos Alonso and Christian Pulisic gave the Blues a two-goal lead in the first half before academy graduate, Trevoh Chalobah sealed victory with another goal just before the hour-mark.

Brighton secured the first away win of the season; beating Burnley 2-1 at Turf Moor, in a comeback win. Burnley went ahead in the second minute through defender James Tarkowski.

Neil Maupay scored the equaliser in the second half, for a personal 25th birthday present and the comeback was complete when Alexis Mac Allister swept in the winner in the 78th minute.

Manchester United lead the way on the EPL table with their emphatic 5-1 home win over Leeds United.