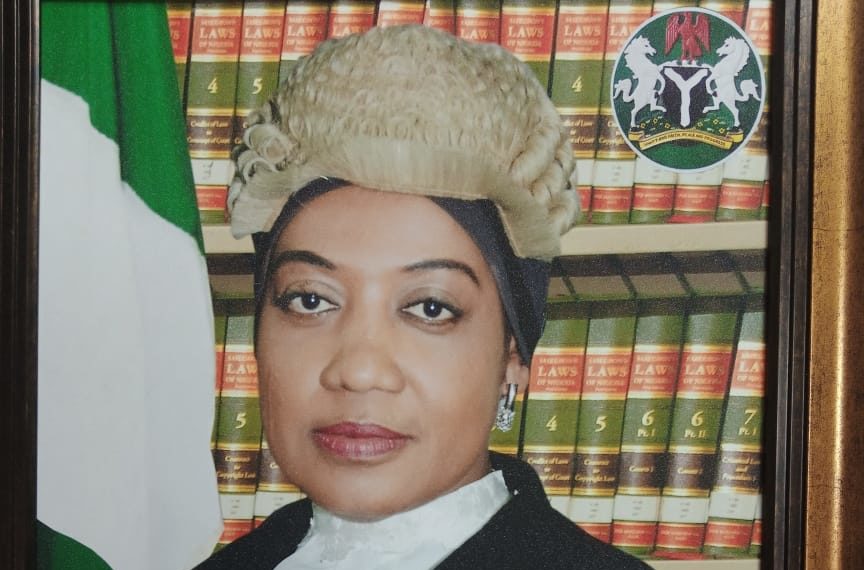 Ms Sarki-Bello will replace the current Chief Registrar of the Supreme Court who retires on Sunday, in acting capacity.

The Chief Justice of Nigeria (CJN), Tanko Muhammad, has appointed an acting Chief Registrar of the Supreme Court.

The court’s Director of Press and Information, Festus Akande, who disclosed this in a statement on Friday, said Ms Uwani-Mustapha, the Supreme Court’s Chief Registrar since July 2017, will attain the mandatory retirement age of 60 years on Sunday, August 8, 2021.

Ms Sarki-Bello, who hails from Paiko in Paikoro Local Government Area of Niger State, will formally assume office on Monday, the statement highlighted.

She is a 1989 graduate of Law from Uthman Dan Fodio University, Sokoto, Nigeria. She was called to the Nigerian Bar on June 7, 1990.

Described as a “seasoned judicial administrator and technocrat”, the Acting Chief Registrar joined the Supreme Court service in 1996.

The Chief Registrar is the highest civil servant of the apex court in charge of the general administration of the court, The position holder is also expected to assist the CJN in the discharge of his administrative duties.

The appointment of a new Chief Registrar was yesterday approved by the Honourable, the Chief Justice of Nigeria, Hon. Dr Justice Ibrahim Tanko Muhammad, CFR, in acting capacity following the retirement of the substantive Chief Registrar, Hadizatu Uwani-Mustapha, Esq., who will be attaining the mandatory retirement age of 60 years on Sunday 8th August, 2021, having served from July 2017 to August 2021.

The new Acting Chief Registrar, Hajo Sarki-Bello, Esq. will formally assume office on Monday 9th August, 2021. She is a 1989 graduate of Law from Uthman Dan Fodio University, Sokoto, Nigeria. She was called to the Nigerian Bar on 7th June, 1990, after successfully completing the mandatory one year intensive academic programme at the Nigerian Law School, Lagos, Nigeria.

Hajo equally attended the Nigerian Institute of Advanced Legal Studies (NIALS) in Lagos where she studied Legal Drafting. She subsequently went to Ahmadu Bello University, Zaria for a Master’s Degree programme in International Affairs and Diplomacy. She has worked in in different capacities in different Law Firms and Commercial Organizations before joining the Supreme Court of Nigeria in 1996 as Senior Registrar. In 2001, she was promoted to the position of Acting Deputy Chief Registrar and later became substantive Deputy Chief Registrar in 2006.

Hajo Sarki-Bello is a seasoned judicial administrator and technocrat. She hails from Paiko in Paikoro Local Government Area of Niger State, Nigeria.

DIRECTOR OF PRESS AND INFORMATION

Nigeria: A health sector in crisis, By Emmanuel Nwachukwu