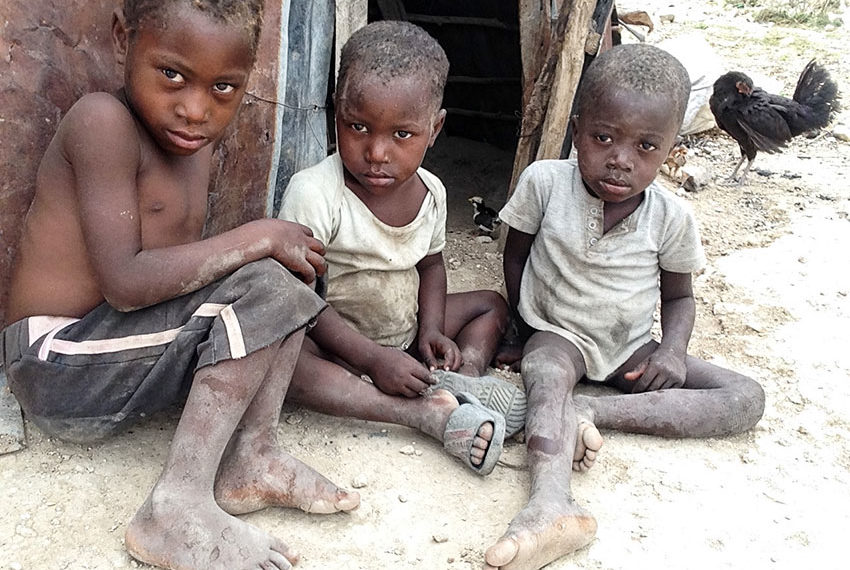 Described as neglected tropical diseases (NTDs) by the global health body, they are viral, parasitic and bacterial diseases that mainly affect the world's poorest people.

A Nigerian government official has disclosed that the country is still confronted by the challenges posed by 14 out of the 20 neglected tropical diseases (NTDs) listed by the World Health Organisation (WHO).

Speaking at a media dialogue on NTDs Control in Nigeria on Wednesday in Port Harcourt, Rivers State capital, the national coordinator of NTDs, Federal Ministry of Health (FMOH), Nse Akpan, linked the development to poor culture of Water Sanitation and Hygiene (WASH) that is practised among many communities across the country.

The two-day media dialogue, which is organised by the Child Rights Information Bureau (CRIB) of the Federal Ministry of Information and Culture in collaboration with the FMOH and the United Nation Children’s Fund (UNICEF), is according to the organisers, aimed at addressing the challenges posed by the diseases.

Described as neglected tropical diseases (NTDs) by the global health body, they are viral, parasitic and bacterial diseases that mainly affect the world’s poorest people.

They are also regarded as a diverse group of communicable diseases that prevail in tropical and subtropical conditions in about 149 countries globally– and affect more than one billion people across the world.

The diseases are also said to cost developing economies billions of dollars every year.

Though Mr Akpan identified 15 of these diseases in Nigeria, PREMIUM TIMES’ findings have revealed that one of them, Guinea worm, has since been eliminated.

Mr Akpan said all states in Nigeria are endemic to one or more NTDs and that 122 million people, which is equivalent to 2 out of every 3 Nigerians are at risk of the disease.

“Populations living in poverty, without adequate sanitation and in close contact with infectious vectors and domestic animals and livestock are those worst affected,” he said.

Meanwhile, in January 2021, the WHO said it has rolled out a 10-year roadmap for NTDs, which it claims proposes ambitious targets and innovative approaches to tackling the diseases.

The international health agency said the move is geared towards the quest to attain the Sustainable Development Goals by 2030.

Meanwhile, Mr Akpan told the audience at the session that the “epileptic release of funds for the elimination of NTDs” is the major challenge the programme faces in Nigeria.

He said: “I will not be shy to say that in Nigeria, funds have been allocated but the release is epileptic. This is because this is a country where we enjoy foreign donor support.

“It is only when we do not have this support, maybe we will wake up and take up the challenge.”

He explained that although the country approves funds for the NTDs programme, the process of release is poor.

“The country will appropriate a huge amount but the release generally is poor. This is not restricted to NTDs programmes or ministry of health alone but the practice affects all ministries in the country.

The official also identified poor awareness, especially among people in rural communities, as a challenge to ending the spread of the diseases.

He explained that these diseases have been termed neglected because, though they are everywhere in the country, many people know nothing about them.

“The diseases are called neglected because they tend to affect the world’s poorest, and yet receive less attention than other diseases,” he said.

In his address, UNICEF WASH specialist, Bioye Ogunjobi, while presenting an overview of the activities to eliminate the diseases in the Niger Delta region, said the mindset of the people is a huge hindrance to the efforts..

He also decried what he described as lack of political will and non-release of counterpart fundings, explaining that NTDs programmes are majorly sponsored by donor agencies and partners.

He called on governments at the national and state levels to get involved in ending the disease and its spread across the country.

In her presentation, Deputy Director, National Schistosomiasis/Soil-Transmitted Helminthiasis Elimination Programme, Obiageli Nebe, said the NTDs programme has been surviving on donor support for many years.

“We have the NGO partners that have been supporting us. There are still some states like Bayelsa where there are no NGOs that support them. In Bayelsa, it is UNICEF only that supports them.

“From the national level, no budget was released for the programme for a couple of years now. It is only the NGOs that fund most of our programmes,” she said.