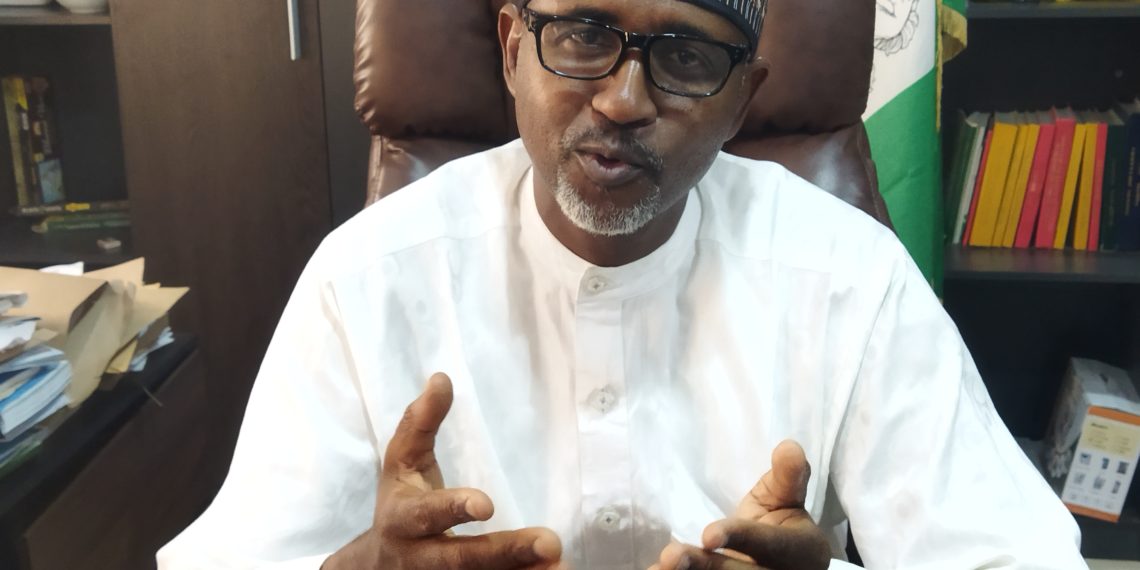 Ma'amun Da'u-Aliyu, the Managing Director of Hadejia/Jama'are River Basin Development Authority (H.JRBDA), explains how the agency is addressing perennial flooding that has has caused many deaths in the states.

Many communities in Jigawa, Kano and Bauchi states have, for many years during the rainy season, been ravaged by floods; causing the deaths of hundreds of residents and destroying farmlands.

At least 26 persons were killed and over 1,000 houses destroyed by flood in four local government areas of Kano State between April and July this year, according to the head of the Kano State Emergency Management Agency (SEMA), Saleh Jili. In Jigawa, over 40 persons died last year in one of the worst flood disasters in the state since 1988, according to official figures. PREMIUM TIMES reported last year how angry residents of Hadejia LGA in Jigawa mobbed state government officials who were on an assessment tour of the area after the flood.

Ma’amun Da’u-Aliyu has been the Managing Director of Hadejia/Jama’are River Basin Development Authority (H.JRBDA) since January. In this interview with reporters, including Premium Times’ Ahmadu Maishanu, in Kano, he spoke about efforts to address the menace of flooding in Kano, Jigawa and Bauchi, three states being served by his agency.

PT: Your agency has been accused of ineffectiveness against the annual flooding in areas under its responsibility. What are you doing to address that accusation?

Da’u-Aliyu: The issue of desilting River Hadejia has been on year in and out due to the incessant flooding the area faces every rainy season. But it is a wrong assumption that Hadejia-Jama’re River Basin Development Authority (H.JRBDA) opened the river canal which causes the flooding. That is not true. H.JRBDA does not release water. Continually, the water is always open because when you construct a dam on a major river like that of River Hadejia, you are mandated by international law to continually release the water so that people in the downstream sector would be able to get their own share of the water. But if you block the water, you are creating scarcity and other environmental hazards in the downstream sector.

We are by law not allowed to block the water.

The issue of Tiga Dam being released and causing flooding is baseless because it is normally in the rainy season around August to September, when there is adequate rainfall and the soil is supersaturated, that the rainwater finds its way to the river along the riverine areas. After it floods into the river, it gets into farmlands and surrounding vulnerable communities.

Because Tiga Dam has the capacity of 1.9 billion cubic litres of water, we continually release the water 24-hour. If the flooding is caused by releasing water from the Tiga Dam, that would also happen during the dry season because the water is continuously pouring out nonstop. But flooding only occurs in the middle of the rainy season when the soil is saturated.

PT: What is the H.JRBDA doing to address the challenges?

Da’u-Aliyu: For the past three years, H.JRBDA has been trying to control the Typha grass so that it would be either manually or mechanically removed from the river so that the water will be able to get enough space to pass through. In this 2021 financial budget, we have a provision to acquire equipment known as aquatic excavator that has the capacity to get into the river and uproot the Typha grass in the middle of the river. When that is done, I believe the water will have enough space to pass and flooding will be a thing of the past.

PT: When are you expecting to have the excavator?

Da’u-Aliyu: We are planning to get the excavator machine by October. In that period, we would get fully into activities of removing the Typha grass and equally desilting the river base and probably dredge the river to expand it so that there would be adequate water routes for the water to pass through. We are also erecting an embarkment in Auyo Local Government Area in Jigawa State. The embarkment which is 3.8 kilometres in length and about 3 metres in height, will give the communities that were once submerged protection.

Tokyo Olympics: Amusan misses out on medal in 100m hurdles

Dantata, Abdulsamad, others raise over N1bn for Jigawa flood victims