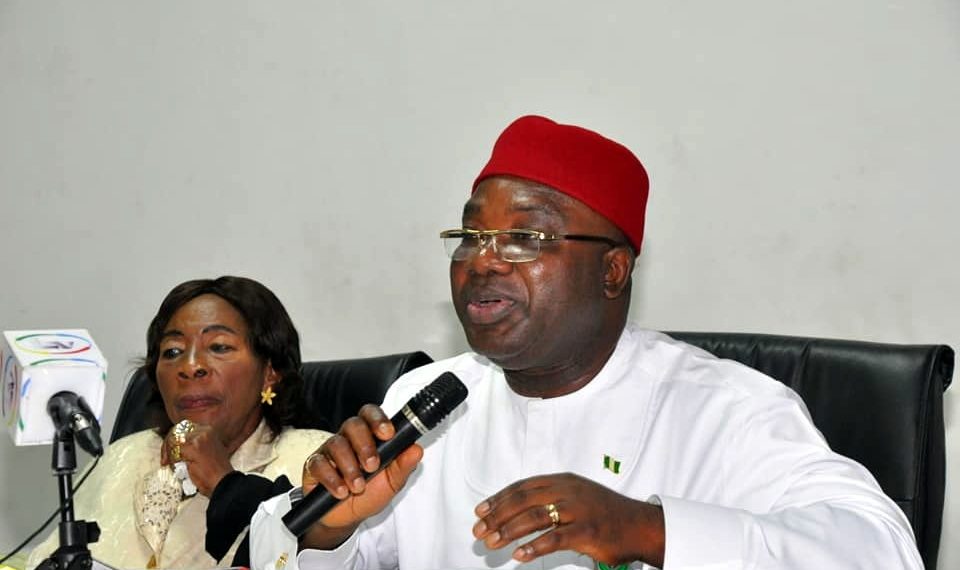 A coalition of gender-based violence responders campaigning for justice to be done submitted its petition to the NHRC on July 15.

The National Human Rights Commission (NHRC) says it is investigating the circumstances that surrounded the death of an alleged rape victim, Karen-Happuch Akpagher.

Karen was a 14-year student at Premiere Academy at Lugbe in Abuja, before her demise in June this year.

The deceased’s mother, Vivien Akpagher, had alleged that her daughter was raped in the said school, after which a condom was left in her, resulting in sepsis leading to her death.

But the school authorities denied such claims, saying the child only complained of red-eye condition for which she was treated at the hospital before she was picked from the school by the mother.

A coalition of gender-based violence responders led by Lemmy Ughegbe has been leading a campaign to bring the alleged perpetrators of the heinous crime to justice.

After submitting a petition to the Executive Secretary of the commission, Tony Ojukwu, in Abuja, by the coalition, Mr Ughegbe vowed to champion the advocacy until justice is done.

While receiving the petition on July 15, Mr Ojukwu said the commission would investigate the content of petition.

“I wish to thank the coalition for not taking laws into its hands and I assure you that the commission would investigate the content of the petition lodged by the coalition. We have seen and read about this case on social media. But your petition has come in and you have itemised the concerns. We shall look into it thoroughly,” a statement by the coalition quoted Mr Ojukwu as saying.

“You have done the right thing by not taking laws into your hands. We shall investigate your petition with a view to deciding whether or not to accede to the prayers contained therein.

“The commission takes matters like this very seriously and we must all continue to seek safe spaces for children as they go out in search of education in our schools.”

‘She mustn’t be another statistics’

Speaking earlier, Mr Ughegbe, who is the leader of the coalition, said, “the coalition was determined to ensure that Keren-Happuch did not become another statistics in the data of victims of child sexual abuse, whose death remained unaccounted for and the paedophile left to walk the streets free.”

“We have compelling testimonies of ex-students narrating how they were sexually abused at Premiere Academy, Lugbe, Abuja.”

He said the coalition had evidence that the school management treated cases of sexual abuse with kid gloves, a claim the school authorities have denied.

“It is our considered view that if the school management had put in place a – zero tolerance for any form of sexual abuse, the tide would have been stemmed and Keren-Happuch Aondodoo Akpagher would not have died in this gory way,” Mr Ughegbe disclosed.

Giving the NHRC assurance of supports, he said his group would “aid your investigation by making available to the commission some of the documents and audio tapes in its custody to help uncover the malfeasance in the school, which has gone unreported now”.

Meanwhile, the school authorities have denied any wrongdoing in respect of the case, saying they were not aware of that the student was molested.

Should the girl have been truly molested, it did not happen on the school premises, they insist.