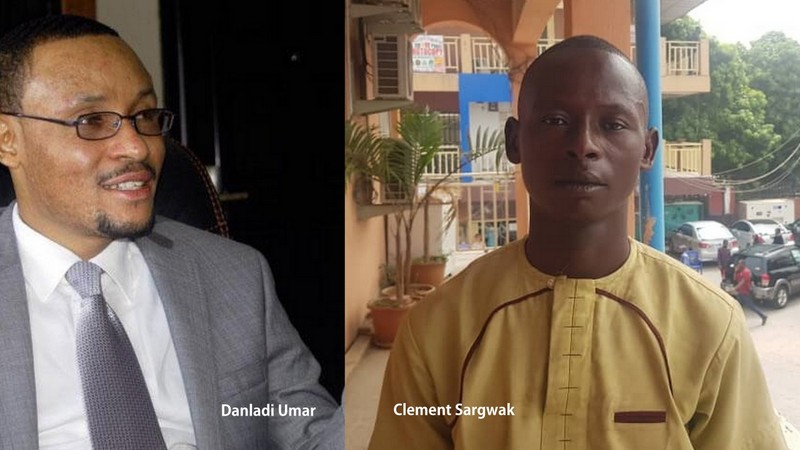 Mr Umar was caught on camera assaulting a 22-year-old security guard on March 29.

The chairman of the Code of Conduct Tribunal (CCT), Danladi Umar, has filed a suit to stop the Senate from conducting an investigative hearing on a case of assault brought against him.

Those sued in the suit are, the Senate, the Senate President, Ahmed Lawan; the Attorney-General of the Federation, Abubakar Malami; the chairman and members of the Senate Committee on Ethics, Privileges and Public Petitions, Ayo Akinyelure and the man the CCT chairman reportedly assaulted, Clement Sargwak.

According to a report by The Nation newspaper, Mr Umar filed the suit at the Federal Court in Abuja on July 13 to challenge the “constitutional powers” of the Senate to conduct an investigative hearing on the assault case.

He had been caught on camera assaulting Mr Sargwak, a security guard at the popular Banex Plaza, Wuse 2, Abuja, following a squabble that ensued between them over a parking space on the premises on March 29.

In April, PREMIUM TIMES reported how the Senate, directed its Committee on Ethics, Privileges and Public Petitions, headed by Mr Akinyelure, to probe the alleged assault reported to the Senate by Mr Sargwak’s lawyer, Timzing Ramnap.

The petition was later laid during a plenary session of the Senate by Istifanus Gyang, a Peoples Democratic Party (PDP) senator representing Plateau North, the senatorial district from which Mr Sagwak hails.

The CCT chairman appeared before the committee on May 4 when he was given two weeks to respond to the allegations.

No constitution backing to probe me – Umar

In his suit he later filed, through his lawyer, Sunday Edward, Mr Umar asked the court to stop the Senate probe, arguing that the powers conferred on the Senate under sections 88 and 89 of the Nigerian constitution do not cover public assault which is within the “competent jurisdiction” of the police and the courts.

He raised some questions for determination in the suit marked, FHC/ABJ/ CS/671/2021, and urged the court to answer them in arriving at its decision to stop the probe.

The questions for determination include: “Whether the purported case of assault which allegedly took place at Banex Plaza on 29th March, 2021, forms part of the matters the 1st Defendant (Senate) is constitutionally empowered to investigate.”

Others are: “Whether the 1st Defendant and its Committee, that is the 3rd defendant, are competent to investigate and/or invite the plaintiff in relation to the investigation of the allegation of assault levelled against him.

“Whether the powers of the 1st Defendant to conduct investigation are not by and/or subject to provisions of Sections 88 and 89 of the Constitution of the Federal Republic of Nigeria, 1999 and are not exercisable for the purposes of making law and exposing corruption, inefficiency or waste in the execution of administration of laws within its legislative competence and in the disbursement or administration of funds appropriated by the 1st Defendant.

“Whether the 1st Defendant’s move to conduct investigative hearing on the petition before it is not unconstitutional and does not amount to an unwarranted usurpation of the functions of the Police and of the Courts of competent jurisdiction.”

Mr Umar prayed the court to stop the Senate from further investigating the matter, as the case between him and Mr Sargwak was already before the High Court of the Federal Capital Territory in Abuja.

He also wrote a letter informing the Senate of the pendency of another suit he filed on the same subject matter.

“We write to inform you that the case between our client and Clement Sargwak is now before the High Court of the Federal Capital Territory (suit no FCT /HC/ CV/ 1544/2021, Mr Danladi Umar vs Clement Sargwak).

“And the issue as to whether or not Clement Sargwak had discontinued and / or withdrawn his petition before your Honourable Commitee is equally sub judice.

“We trust that Senate, as the Upper Chamber of the National Assembly, will respect due process and refrain from delving into a matter that is before a court of competent jurisdiction,” his letter read in part.

This newspaper had reported how Mr Umar was caught on camera assaulting the security guard, Mr Sargwak, an employee of Jul Reliable Guards Services Limited.

In the five minutes video footage that went viral, the tribunal chairman was seen slapping and kicking the 22-year-old on March 29.

According to witnesses who spoke with PREMIUM TIMES, the altercation was over the space where the CCT chairman parked his car on the premises of the mall.

Despite video evidence, the CCT chairman denied the assault allegation.

Mr Umar’s denial was faulted by witnesses who spoke with PREMIUM TIMES.

The CCT chairman, who accused Mr Sargwak of being rude, also reportedly ordered the arrest of a phone repairer, Peter Onyiuke, with an outlet at the plaza.

Mr Onyiuke was detained without charge for one week allegedly on Mr Umar’s instruction.

He was arrested on March 29 and was only released from the custody of a police station in Wuse Zone 2, Abuja, a week later on April 6.