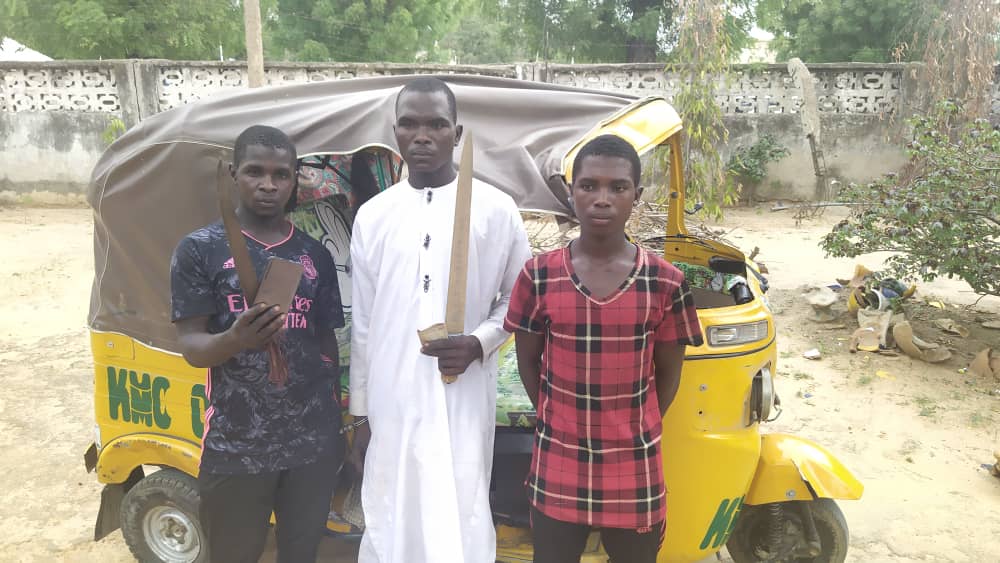 The police in Kano say they arrested 225 suspects for various offences between June 1 and July 16.

The police spokesperson in the state, Abdullahi Kiyawa, announced this in a statement issued on Sunday.

He said those in the net include 21 suspected of armed robbery and seven of kidnapping. The others are 23 suspected drug dealers, 18 suspected fraudsters, five suspected motor vehicle thieves, 11 suspected cattle rustlers, and 140 suspected notorious thugs (‘Yan Daba). 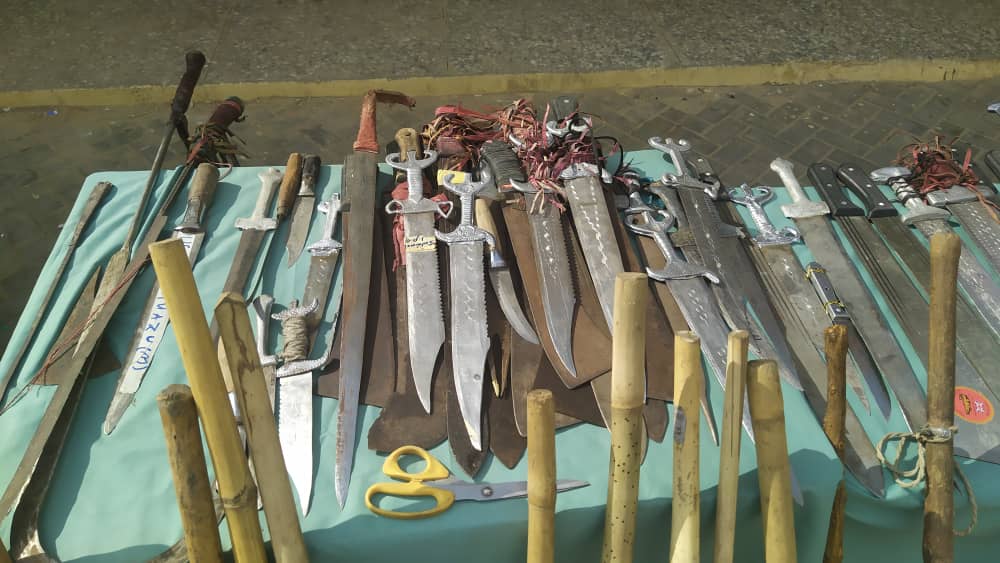 “The team immediately swung into action and covert operation was conducted at the pickup point which eventually led to the arrest of one Ado Shu’aibu, ‘m’, of 24 years old, of Maraku Village Doguwa LGA, Kano State.

“Suspect was shot on his right leg in his bid to flee, and was rushed to Doguwa General Hospital and treated. Exhibit recovered from him are; wooden carving design pistol, Tecno phone with SIM card he use in threatening the complainant, one machete, and a black polythene leather (to put ransom).”

The police spokesperson added that on July 2, a team of policemen while on routine patrol in Falgore forest, Tudun Wada local government area of the state, arrested one Abdulrahman Usman of Kurmi village, in Soba local government area, Kaduna State, and five others who attacked a cluster of herdsmen settlement (ruga) in the forest.

“The herders repelled the attack and inflicted machete cuts on the suspect, and mopped up operation led to his capture with a locally made pistol. 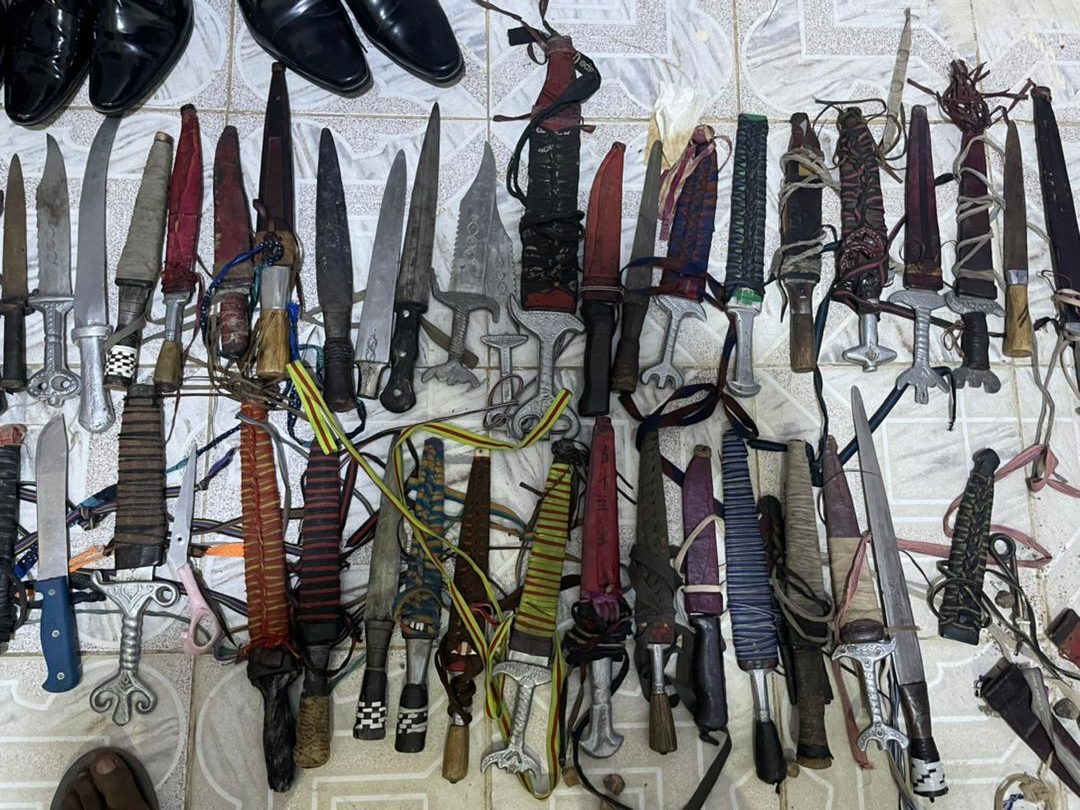 “Suspect was rushed to Doguwa General Hospital for medical treatment. During the course of preliminary investigation the complainant were traced as follows (1) Aliyu Abubakar (2) Shehu Abubakar and (3) Mamman Muhammad, all of Giwa LGA, Kaduna State, who reported that the hoodlums carted away with their three GSM Handsets, Cutlass and Money the sum of Three Hundred and Fifty Thousand Naira cash (N350,000.00K).

“Suspect confessed to the series of Kidnapping and armed robbery,” Kiyawa said. 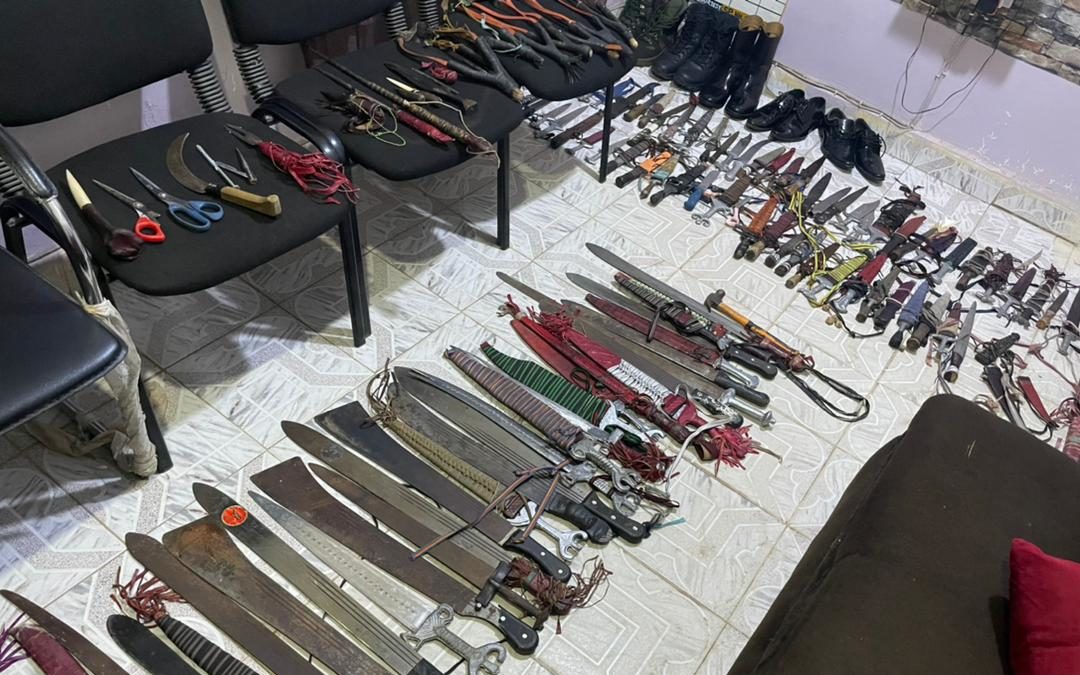 He said the suspects allegedly stormed the residence of one Sahaisu Abdullahi of Gunduwawa village in Gezawa local government area and robbed him of his car, a Honda Accord; and a plasma television set.

Other armed robbery suspects arrested, according to Mr Kiyawa, include Abdullahi Ibrahim of Gidan Kankara quarters of Kano who allegedly conspired with one Bashir Bashir, alias Sahabi; and attacked female students of Federal College of Education (FCE) Kano, Zainab Mukhtar and Fatima Abdullahi, whom they allegedly robbed of three handsets valued at N200,000. 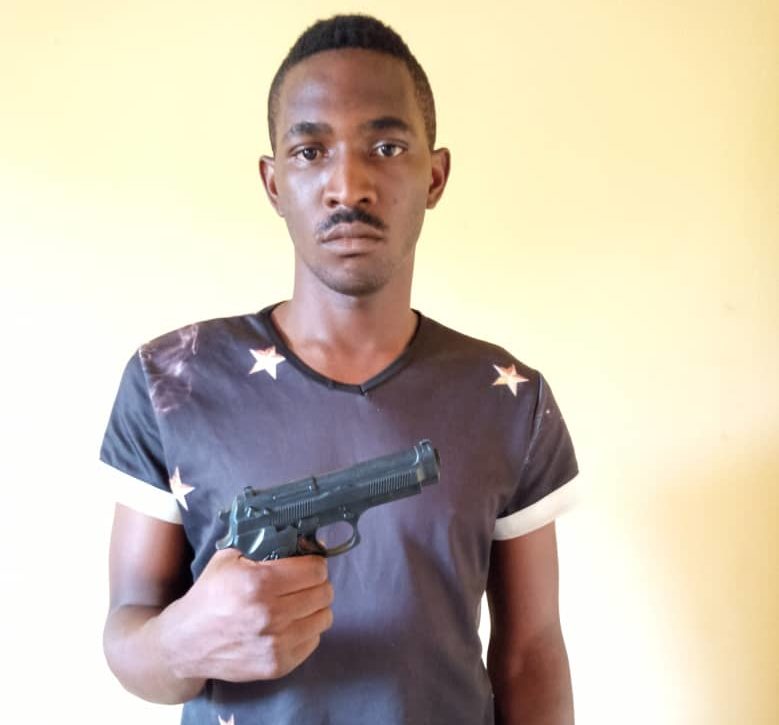 “During the course of investigation, suspects confessed to have robbed one Hajiya Umma Musa ‘f’ of her money and also inflicted injury on her body. Investigation is in progress,” he said. 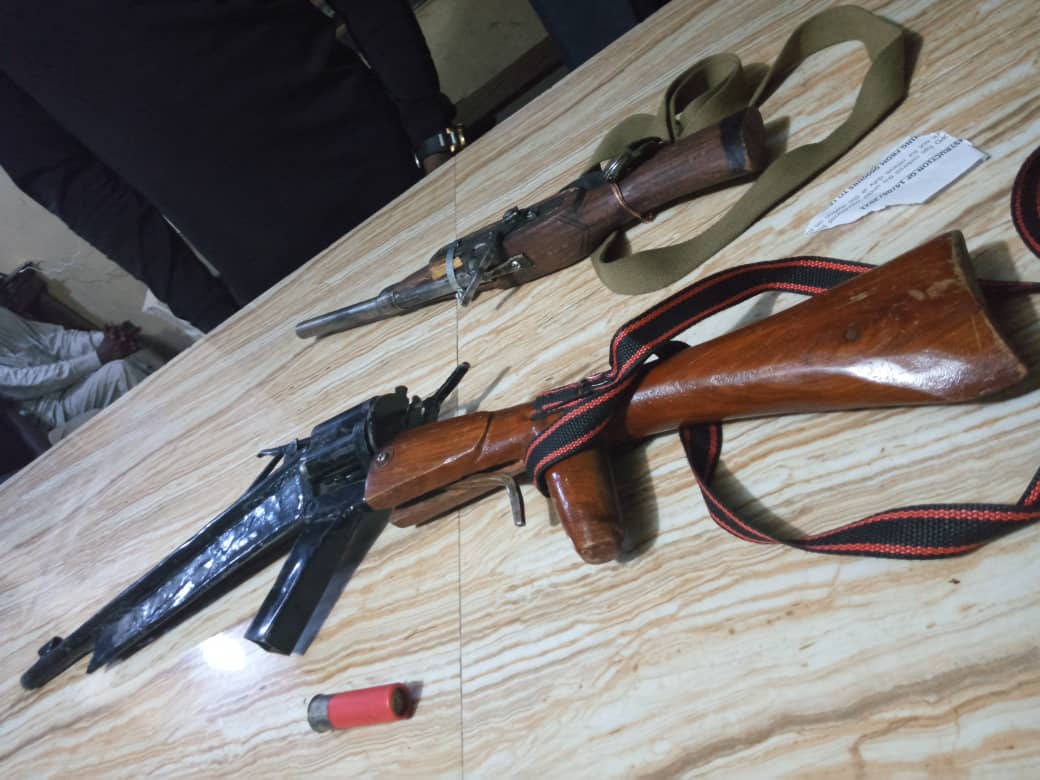 Mr Kiyawa added that the police on July 6 rescued one Nura Auwalu of Makadi village, Garko local government who was kidnapped at his family house.

The police said they also rescued one Bahijja Faisal of Sabuwar Unguwa, Rogo local government area who was kidnapped from her matrimonial home.

He said the kidnappers also robbed Mrs Faisal’s husband of the sum of N1,800,000.

“On the 04/06/2021 at about 1900 hours, information was received that unknown hoodlums in possession of cutlasses, knives and other dangerous weapons were attacking innocent motorist, cyclist and other Road users at Kofar Dan’agundi robbing them of their handsets, money and other valuables items.

“On receipt of this information, the Commissioner of Police Kano State Command CP Sama’ila Shu’aibu Dikko, fsi raised and instructed teams of Policemen led by SP Bashir Gwadabe to arrest the hoodlums.

“The team immediately rushed to the scene, swung into action and engages the hoodlums who are in large number, and they started brandishing cutlasses and knives in confrontation with the Police, but through police resilience they retreat abandoned their weapons, jumped into Bakar Lamba water pond at Kofar Dan’agundi where the pond was surrounded. 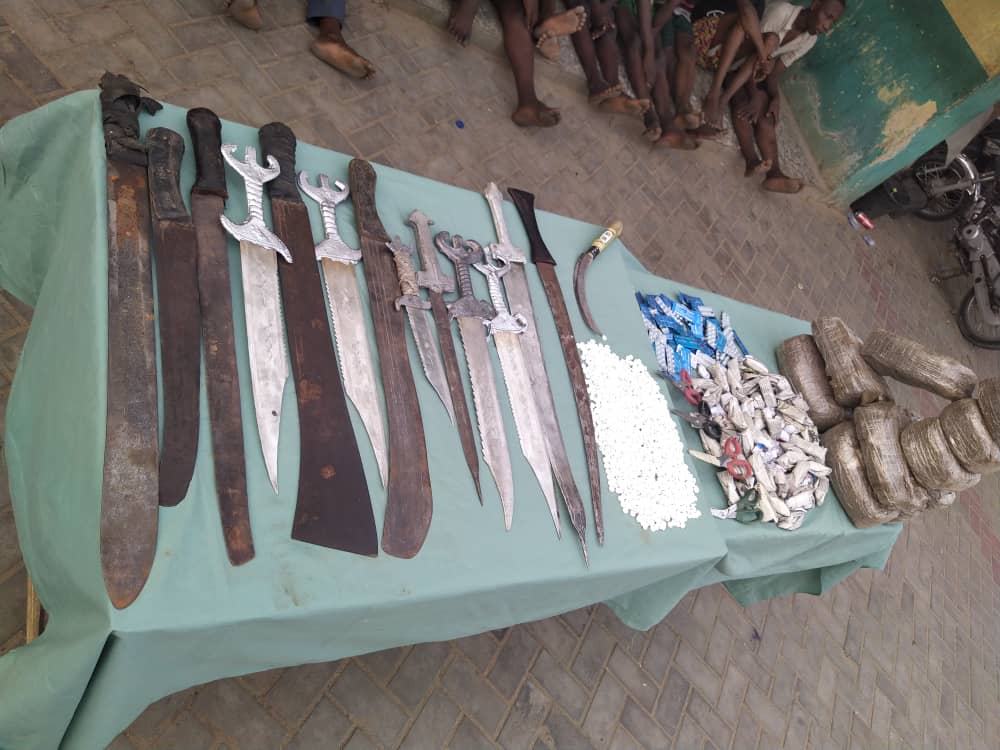 “All suspects were charged to court for prosecution,” Mr Kiyawa said.