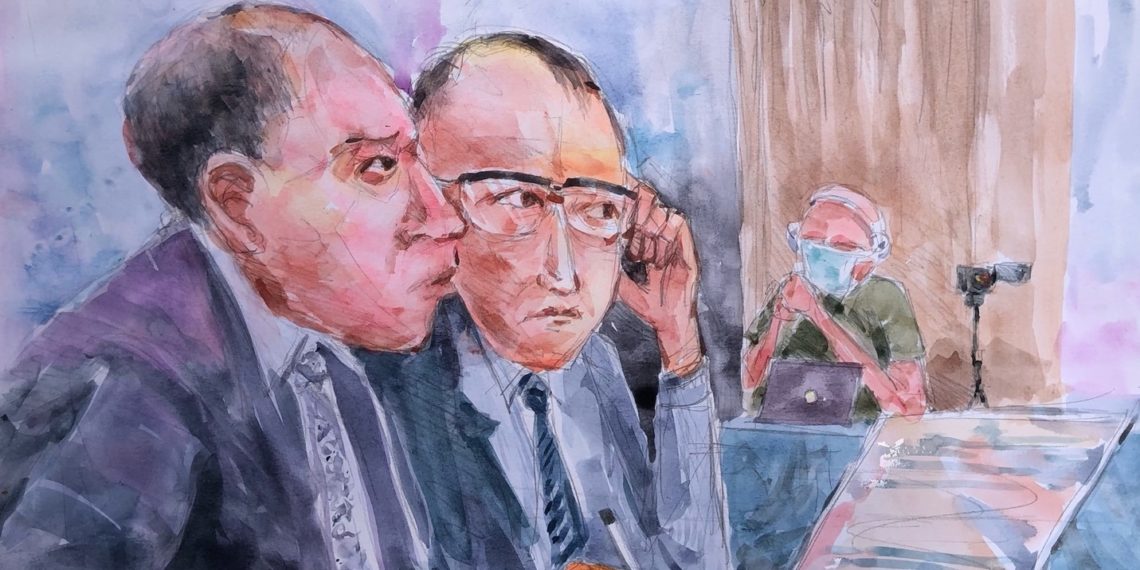 The court was initially scheduled to rule on the Massaquoi case this autumn.

The Pirkanmaa District Court in Tampere, Finland, where Massaquoi was arrested in March 2020, made the surprise announcement this week and said it would hand down a judgement early next year.

The court was initially scheduled to rule on the case this autumn.

The trial was upended in late May when defence lawyers presented new evidence that they said brought into question the trustworthiness of dozens of civilians and former combatants who testified that they had witnessed Massaquoi’s atrocities.

Massaquoi, faces charges including dozens of murders, eight rapes as well as aggravated war crimes and aggravated human rights violations dating back to the early 2000s.

He has denied all charges claiming he was not on the scenes when the crimes took place.

In February the court moved from Finland to Liberia and Sierra for hear from the witnesses. NN was not in the court in Tampere in May but has seen monitoring of the proceedings provided by Civitas Maxima.

Defence lawyer Kaarle Gummerus told the four-judge panel that the defence had received notebooks from the investigations of staff of Global Justice Research Project, the Liberia-based justice advocates.

The defence said the notebooks gave them cause to question the trustworthiness of prosecution witnesses. Gummerus told the court the witnesses had been improperly identified by GJRP before the Finnish police investigation began.

That prompted the defence to interview more witnesses who made startling claims.

“The conclusion is that [GJRP] has been asking these people to testify against Gibril, and for some kind of reward,” Gummerus told the court. “This question is so severe that we must take actions and take the people and witnesses to testify about the GJRP’s role in this trial. We are nothing short but obliged to do that, to interview people of the role of this” organisation.”

Gummerus said “it has been absolutely crucial that [GJRP and its Swiss partner Civitas Maxima] have been looking for witnesses. Without their deeds the police could not have been able to find at all persons in such numbers. The theme is that the witnesses in the investigations cannot be trusted.”

Prosecutor Tom Laitinen told the court that they too would be “obliged to act as well. We must bring in new evidence.”

The defence has named 4 witnesses to call in Liberia. The prosecution has named 16. The parties have also presented further documentary evidence.

The court is likely to also explore one of the major questions in the trial that has been a key point of questioning of witnesses in Sierra Leone and Finland: Did Massaquoi escape the safe house where he was being held in Freetown in July 2003 to command a battalion that committed atrocities in Waterside in Monrovia in the final days of Liberia’s civil conflict?

Massaquoi was under UN protection in Freetown for his role as a key informant to the Special Court for Sierra Leone. His testimony was instrumental in the convictions of key RUF commanders and former Liberian president Charles Taylor.

Several witnesses testified that supervision of the safehouse was lax and the defence was unable to close off the possibility that Massaquoi travelled to Liberia.

If the court rules that Massaquoi did escape the safehouse to commit war crimes on behalf of Taylor, the man on whom he was informing, it would mark an extraordinary failure on the part of the Special Court.

The role of GJRP and Civitas has consistently been raised by defence lawyers in international cases against ex-combatants in Liberia’s civil wars. Under-resourced defence teams have been overwhelmed by grisly and emotive testimony from more than a hundred victims in trials and investigations in the U.S. and Europe.

There is an increasingly forceful campaign against the justice activists has including several accusatory news stories – with no named sources – claiming that the activists have paid witnesses to lie.

Hassan Bility, head of GJRP would not comment on the ongoing Massaquoi trial but he recently responded to the same accusation from Alieu Kosiah, the former Ulimo commander convicted of war crimes in Switzerland in June.

“We know that there are many people against us, so they create and fabricate lies,” Bility said. “The same thing they did when some of them worked with the TRC, they think that’s what we’re doing here. You know, I will tell you one thing: when a man’s mind is weak, that man thinks that thread of weakness runs through every other man’s head. That’s not the situation.

“If you bribed people, don’t expect everybody to be like you. You have no evidence. How dare you accuse people without evidence? That’s ridiculous!

“For years alleged war criminal commanders associated with ULIMO, NPFL and other factions have been united together in denying any crime, and also accusing Civitas Maxima and the Global Justice and Research Project of committing themselves criminal acts to subvert the course of justice in its attempt to find justice for victims of war crimes committed in Liberia,” said Alain Werner of Civitas by email.

“We have never answered any of these specific baseless accusations made over and over against us because we believe it should be for judges to evaluate evidence, and any accusation against us should be made in court, not in newspapers. We will not be intimidated and we will carry on our mission on behalf of the Liberian victims of war crimes.”

This story was a collaboration with New Narratives as part of the West African Justice Reporting Project.

Insecurity: Nigeria to take delivery of Tucano aircraft in 14 days

Akwa Ibom government to shut down hotels linked to cultism