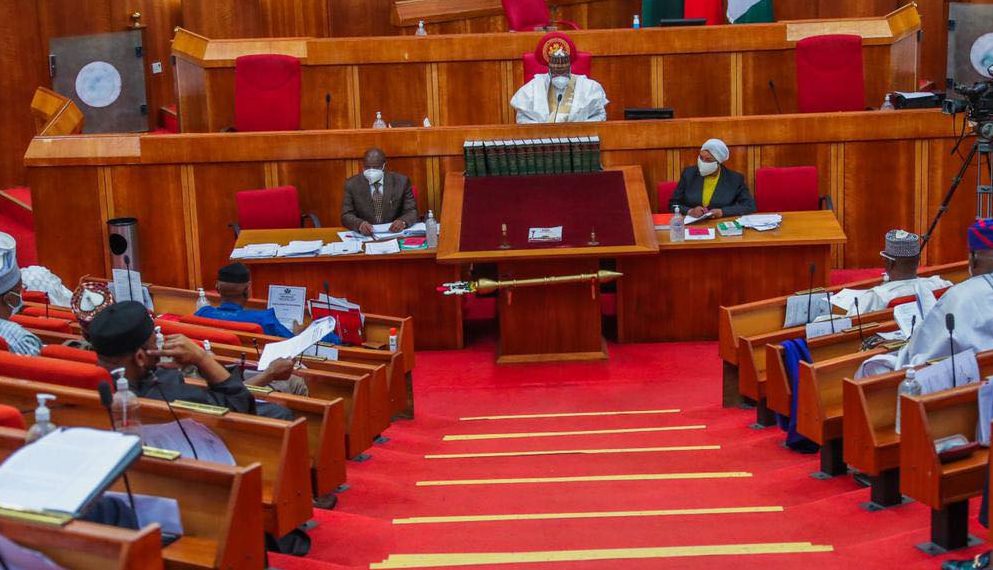 The Senate has passed a bill that seeks to establish an Electoral Offences Commission bill.

It also proposes that any candidate or agent who damages or snatches ballot boxes, ballot papers or election materials before, during and after an election without the permission of the election official in charge of the polling station, shall be jailed for 20 years or fined N40 million.

The passage of the bill on Tuesday was sequel to the presentation and consideration of the report of the Senate Committee on INEC.

The chairman of the committee, Kabiru Gaya (APC, Kano South), who presented the report, said the bill became imperative in view of INEC’s inability to prosecute electoral offenders in accordance with the provisions of a section 149 and 150(2) of the Electoral Act (as Amended).

“By the foregoing statistics, it is unrealistic to expect INEC to conduct free, fair and credible election and simultaneously prosecute offences arising from the same elections.

“Indeed, INEC has at several occasions admitted that it lacks the wherewithal to cleanse the system. Its failure to prosecute even one per cent 870,000 and over 900,000 alleged electoral Offences in 2011 and 2015 general elections respectively is an affirmation of the necessity for a paradigm shift on how we deal with electoral offences,” he said.

In Clause 12 of the bill, the Senate approved at least five years imprisonment or a fine of at least N10 million naira or both, for any officer or executives of any association or political party that engages in electoral fraud that contravenes the provisions of clauses 221, 225(1)(2)(3) and (4) and 227 of the 1999 Constitution as amended.

They adopted 20 years imprisonment for any person involved in ballot box snatching, supplying voter’s card to persons without due authority, unauthorised printing of voters’ register, illegal printing of ballot paper or electoral document, and importation of any device or mechanism by which ballot paper or results of elections may be extracted, affected or manipulated, and voting at an election when he is not entitled to vote.

The Senate also approved 10 years imprisonment for any person who sells a voter’s card, or in possession of any voter’s card bearing the name of another person, or prepares and prints a document or paper purporting to be a register of voters or a voter’s card.

* At least 15 years imprisonment for any judicial officer or officer of a court or tribunal who corruptly perverts electoral justice, during or after an election.

* In addition, any person found to disturb the public peace on Election Day by playing musical instruments, singing or holding an assembly where a polling station is located shall be guilty of breaching electoral peace and liable to six months imprisonment or a fine of at least N100,000 or both.

* Also, any person acting for himself or on behalf of any organisation or political party or candidate or his agent with the intention of prejudicing the result of an election, damage or defame, in any manner, the character of any candidate in an election or his family member by making, saying, printing, airing or publishing in the print or electronic media false accusation on any matter shall be guilty of serious corrupt practice and liable on conviction to a term of at least ten years or a fine of ten million naira or both.

* Any person soliciting or giving votes for or against any political party or candidate at an election, or found to affix campaign materials on any private house, public buildings or structures, or prints posters and banners without the name and address of the political party to which the candidate or person belongs contravenes sub-clause (1) to (5) and guilty of an offence and liable to at least five years or a fine of at least ten million naira, or both.

The report stated that the National Electoral Offences Commission Bill, 2021, prohibits any campaign against national interest.

It provides a 20-years jail term without option of fine for any person who propagates information that undermines the independence, sovereignty, territorial integrity, or unity of the federation.

While any person who provides false information in any material particular to a public officer will be jailed for three to five years.

And 10 years imprisonment, or at least N20 million fine or both for any person who uses hate speech to stir up ethnic, religious or racial hatred, social or political insecurity or violence against anyone or group of persons.

The lawmakers thereafter, adopted the committee’s report for the approval of the establishment of the National Electoral Offences Commission.