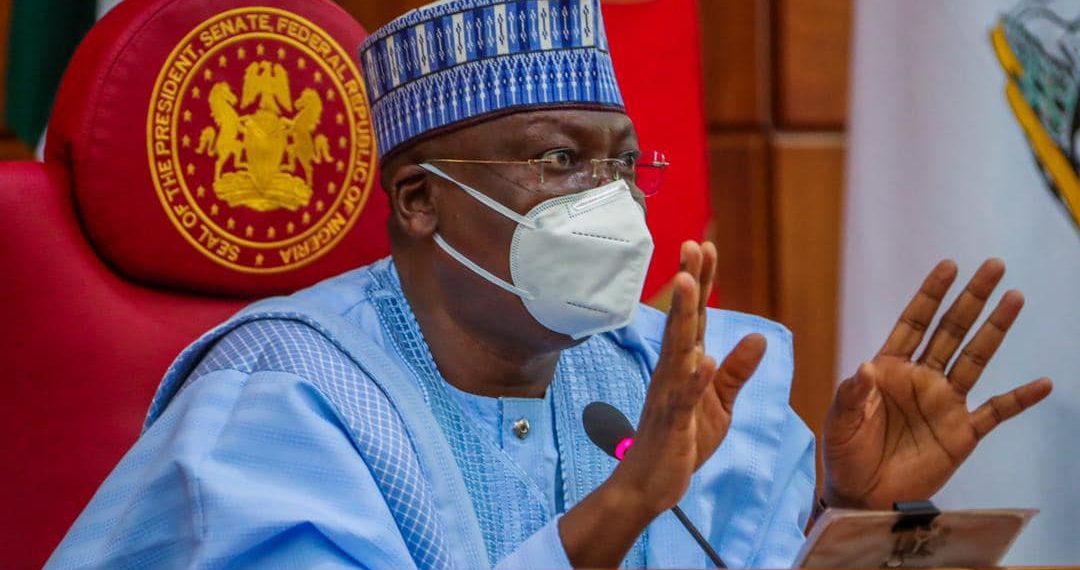 There were reports that the leadership of the National Assembly had doctored some sections of the Electoral Act Amendment Bill, ahead of its passage.

He said this during plenary on Wednesday after the Senate received the report of its committee on INEC.

His comment was in reaction to reports of moves by the lawmakers to omit and change key amendment in the Electoral bill, which were initially designed to ground the conduct of future Nigerian elections in transparency and accountability.

PREMIUM TIMES reported how the lawmakers, in a bid to codify the final laws, were attempting to reject proposals and key priority amendments canvassed by citizens during the public hearings.

Some of these recommendations include the use of electronic transmission of results of an election and expenses for presidential candidates.

The new version of spending limit in the proposed in Section 88 of the bill now allows candidates seeking presidential office to increase their cash haul from the current N1 billion to N15 billion while governorship candidates can rake in N5 million from the hitherto N2 million.

Kabiru Gaya, the committee chairman, had just laid the report before the Senate when Mr Lawan seized the opportunity to ask aggrieved Nigerians to lobby the senators and canvass for their positions.

“Some of those accusing the leadership of the National Assembly are misinformed, innocent. Some are simply mischievous and rabble-rousers,” he said.

Mr Lawan also informed that the Senate was just receiving the report of the committee for the first time.

The report, he said, is the decision of the committee on INEC and whatever is discussed or considered about the bill, will be on the basis of what was presented.

“If anybody feels very strongly about anything, lobby the distinguished senators to canvass your positions, rather than blackmail our leadership.

“Because my phone numbers and that of the Speaker were published and in one day, I received over 900 text messages saying we have manipulated this. We didn’t.

“We will do what is right. We have our procedures. And lobbying is part of democracy.”

The report of the INEC committee will be considered on another legislative day.

And unless a last minute change has been done, the new Electoral Amendment bill will be passed but hopes of key electoral reforms in subsequent elections will be lost.

After passage, the bill will be funnelled to state assemblies, upon which it will become a new law of the land.

Whither Nigeria?, By Omotayo Fakinlede