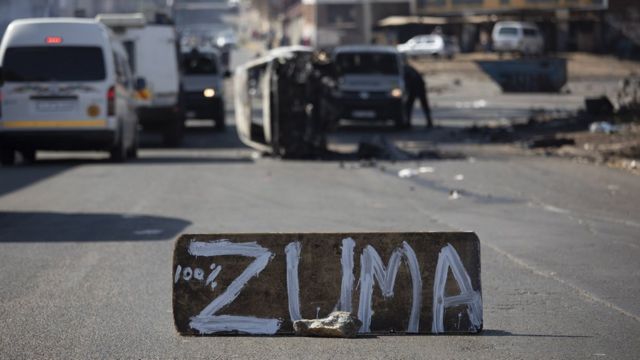 South African Police Minister, Bheki Cele, on Tuesday said the number of people detained during the riots in South Africa has exceeded 750.

According to him, the latest reports indicate that total of 757 people have been arrested.

Cele added that at least 10 people died in the protests.

According to Sihle Zikalala, KwaZulu-Natal Premier, the number of those killed in the protests in the province reached 26 people.

The first waves of unrest began in Zuma’s home province of KwaZulu-Natal and have since spilled over to South Africa’s economic capital of Johannesburg in Gauteng.

The protests were accompanied by looting and vandalism on Monday and the government dispatched the troops to quell the unrest.

Zuma, 79, turned himself in on Wednesday to begin serving a 15-month sentence he was handed for contempt of court after skipping a corruption trial.

Lawyers, activists call for renewed efforts in fight against corruption