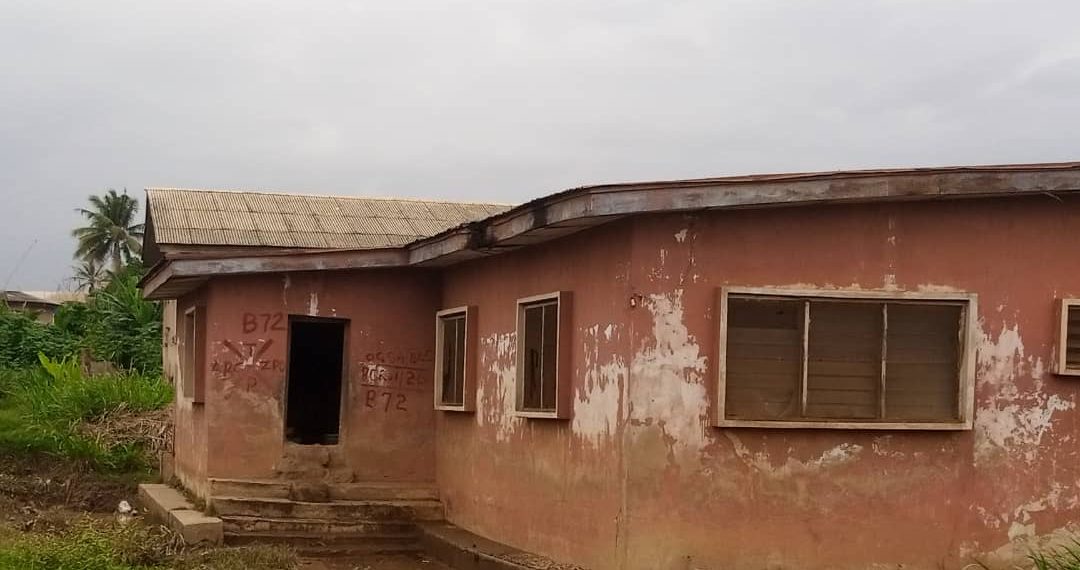 Houses marked for their occupants to relocate at Ijeun Titun. [Photos by Olasunkanmi Akinlotan]

"Where will I go? I stay here with my family, even the house we stay here is yet to be completed and you still want me to leave? Please how should I survive?"

Two weeks after the Ogun State government issued a relocation notice to people living in flood-prone areas of the state, the residents have insisted they are staying put.

The government had urged those living in about 24 communities across 10 local government areas of the state to find shelter elsewhere to save them from flood expected between July and September, according to the Nigerian Hydrological Service Agency (NIHSA)’s meteorological report. 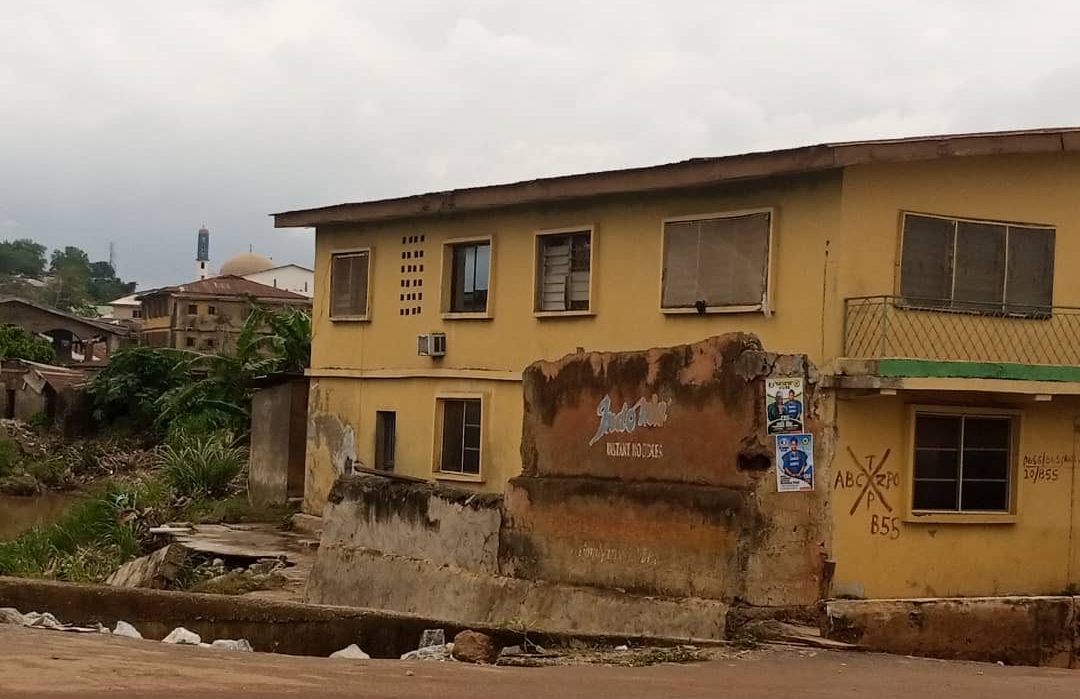 ‘We are going nowhere’

When PREMIUM TIMES visited some of the communities in Abeokuta, the residents were still living in their homes and going about their normal businesses.

Most of the houses marked for relocation were behind a water channel at Ijeun-Titun through Isale Oja, Amolaso, Sokori to the popular Ogun River in Akinolugbade area of Abeokuta.

Angry residents in the areas told this reporter that they would not move unless the government provides an alternative. 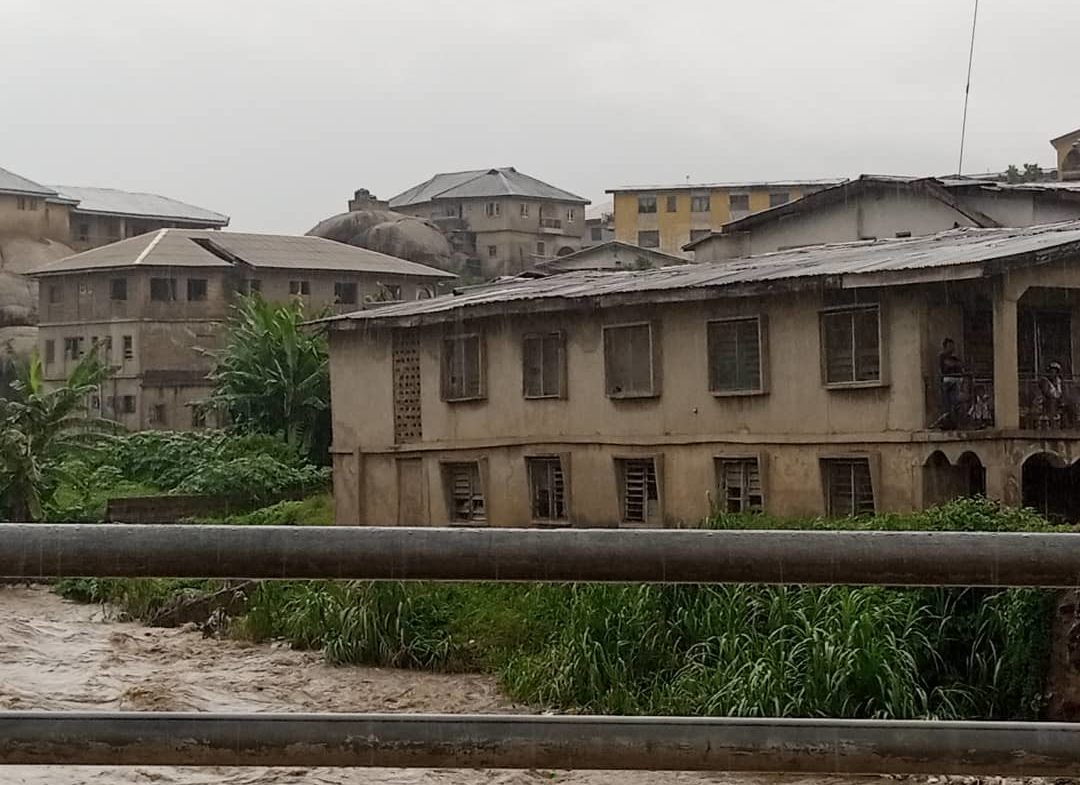 Some of them described the government’s directive as ‘wickedness’ and vowed not to leave their homes.

Rabiu Alani, a resident in Kuto, Abeokuta, described the directive as “insensitive.”

“Only an insensitive government will give an eviction order to residents without providing an alternative,” said Mr Alani, an artisan

“Where will I go? I stay here with my family, even the house we stay here is yet to be completed and you still want me to leave? Please how should I survive?”

Sodiq Kushoro, who lives in Sokori, said the only way they would relocate is if the government provides alternative accommodation for them.

“I live here with my wife, the flood is not affecting our homes yet despite staying directly beside the water channel because some volunteers recently cleared the bridge and since then the water has stopped entering my house,” said Mr Kushoro, a school teacher.

“I am still staying in my house, where can I go? The government can do anything they like, but they should be ready to help us if truly they want us to relocate.”

John David, a clergyman, said although his mind is never at rest whenever there is a downpour in Abeokuta, the financial implications of relocation had made him remain in his house.

“I am still staying in this house because there is no money.

A 43-year-old woman, who lives in Amolaso, said she has nowhere to go with her four children.

“The government said we should vacate from our houses, where did they expect us to go?” asked the woman who preferred not to say her name because she is a civil servant.

“I have been staying in this house for over 33 years. My house was destroyed by flood last year, the government promised to compensate us, only for them to give me garri, mat, and 2.7 feet mattress.

“As you can see this house, 13 people are staying in the house. If the rain falls, God remains our refuge and in him alone we trust.

“Last year we went to call them to help us ‘clean’ the river. When they came they said we are responsible for the blocked waterways and we told them we are not the one pouring dirt in the river and they left.

“Since then, none of them came back. The honourable (representative) in our area, Adeyemi, I have gone to his office more than four times, the director of environmental sanitation came to check these place, Then, what is the government‘s excuse for not doing their job?”

The woman said after a flood in 2018, there was no assistance from the government.

Efforts to speak with Ola Oresanya, the special adviser to Governor Dapo Abiodun, were unsuccesful.

He did not respond to phone calls and text messages sent to his phone.