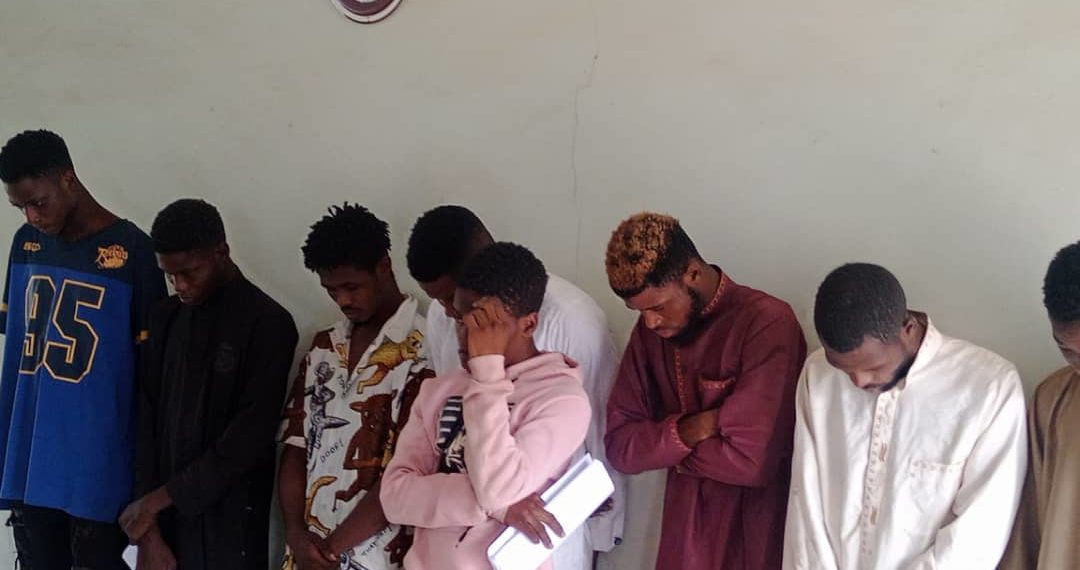 Some of the suspects apprehended by the State Security Service (SSS) include neighbours of the deceased and students of the same university.

Eight suspects in the murder of Blessing Olajide, a 300-level student of the University of Ilorin, Kwara State, were arraigned in the early hours of Wednesday.

Some of those apprehended by the State Security Service (SSS) include neighbours of the deceased and students of the same university.

Ms Olajide, who was residing with her elder sister in Tanke area of Ilorin, was raped and murdered last month. A note, said to have been written by the killers, was left on her chest containing a message, ‘Unilorin doesn’t forgive.’

The suspects were brought before Justice Ibrahim Yusuf of the Kwara State High Court in Ilorin on Wednesday and arraigned on 11-count charge bordering on rape and culpable homicide.

Some of the offences read in court include criminal conspiracy, armed robbery, aiding and abetting of crime, receiving stolen property, conspiracy to rape, rape, culpable homicide and theft.

As observed by this newspaper, the majority of the suspects do not have a legal representative yet, hence the reason for adjournment of the case to July 6 for hearing.

Speaking to our correspondent after the court session, an aunt of the deceased, Omolara Kuteyi, described the incident as shocking.

“The deceased is my niece and she had been with me for quite some time before she gained admission to the university of Ilorin. The incident was shocking. (It is) unbelievable that such would happen in a small community where we stayed. Most of us were raised in the university quarters before we moved to Oke Odo.”

Commenting on those brought before the court, she said “the family was dazed as some of the suspects are known faces.”

“When they brought them in, we never knew they were this set of people. Three of them we stayed together as neighbours in the same environment. Some of them are students of the school,” she said.

Mrs Kuteyi explained that they were apprehended through the phone, which was sold to one of the suspects.

“They went with the phone. It was the phone that was used to trace them back.”

She, however, expressed optimism that justice would be served.