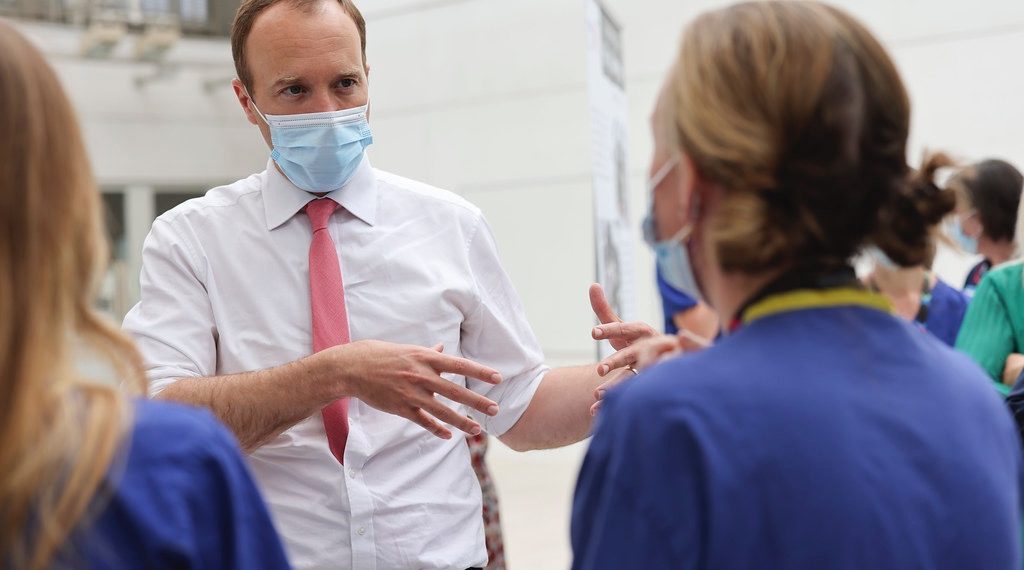 Mr Hancock apologised and said: "I accept that I breached the social distancing guidance in these circumstances."

A Sun newspaper report showed Mr Hancock on camera in a steamy embrace with Ms Coladangelo on Friday.

According to the tabloid paper, the images were recorded on May 6, when the restrictions in England still banned indoor social gatherings of people from different households.

People were urged to stay two meters apart and avoid “face-to-face contact.” But those restrictions have since been relaxed.

Mr Hancock apologised and said: “I accept that I breached the social distancing guidance in these circumstances.

“I have let people down and am very sorry.”

“I understand the enormous sacrifices that everybody in this county has made — that you have made,” Mr Hancock said in a video statement released on Saturday evening. “Those of us who make these rules have got to stick by them, and that’s why I’ve got to resign.”

Newspapers reported Mr Hancock’s refusal to step down and said he had the backing of Prime Minister Boris Johnson.

At least one Conservative member of Parliament demanded his resignation, and with so much pressure from the public, Mr Hancock concluded his position had become untenable.

In a letter to the prime minister, Mr Hancock wrote, “The last thing I would want is for my private life to distract attention from the single-minded focus that is leading us out of this crisis.”

“We owe it to the people who have sacrificed so much in this pandemic to be honest when we have let them down as I have done by breaching the guidance,” he said in his resignation letter.

Mr Hancock, who is married, apologised to his family and said he needed to be with “his three children at this time.”