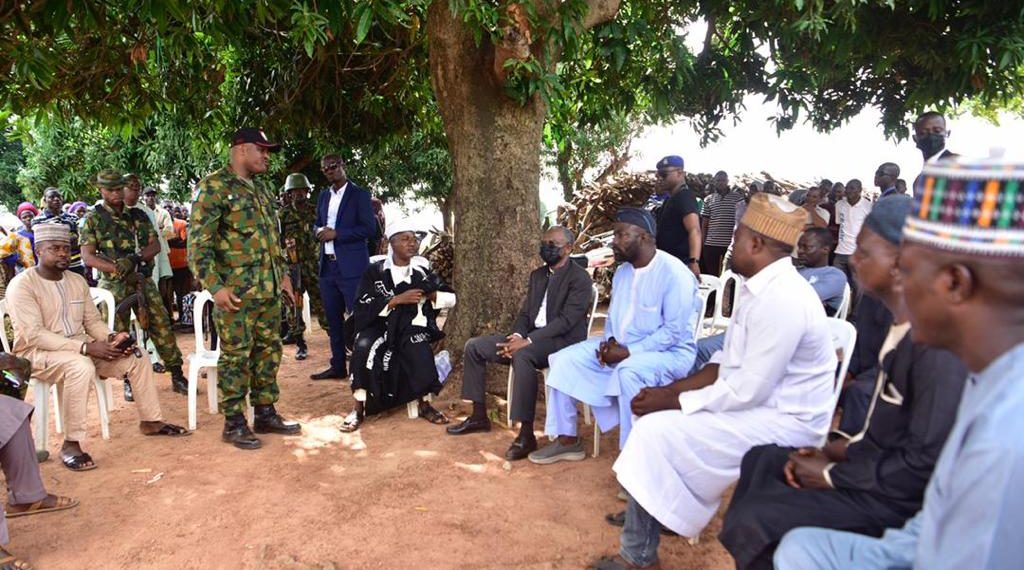 Governor El-Rufai appeals to residents against blocking highways during protests

Governor Nasir El-Rufai of Kaduna State on Saturday paid a confidence-building visit to communities affected by bandit attacks around the Kaduna-Abuja highway in Chikun LGA.

According to a statement by the state’s commissioner for Internal Security and Homeland Affairs, Samuel Aruwan, the governor, who was also accompanied by the Speaker of the state House of Assembly, Yusuf Ibrahim Zailani, was at Sabon Gayan and Kakkau areas where he interacted with citizens.

“The governor was received at the Kaduna-Abuja Road by the Force Commander (Operation Thunder Strike), Lt. Col. MH Abdullahi, who briefed the Governor on the security situation in the general area, and specifically on the barricading of the road by citizens following the bandit attacks.

“After ensuring accelerated flow of traffic, the Governor held a meeting at Kakkau community which was attended by the village head, Mr. Iliya Garba Zarmai and members of the community.

” The Governor condoled communities across the state where citizens were killed within the last one week, and assured them of the state government’s commitment to security of lives and property. He added that the government was aware of their plights, as conveyed in daily security reports from action agencies.

” He further assured the residents that the government is working resolutely, round the clock, with security agencies, in addressing the menace.

” El-Rufai has sent condolences to their families and prayed for the repose of their souls.

Residents of Gonin Gora had blocked the Kaduna-Abuja road in the early hours protesting the incessant kidnapping of residents of the community.

The blockage caused delay of traffic for many travelling between the Northern part of the country and Abuja and the southern states of Nigeria.

According to a resident, Danladi Malam, about 50 residents including women and children, were kidnapped in the community in the last five days.

“We cannot sleep with our eyes closed now. It is very unfortunate that we are in Kaduna town not far from the city centre and we cannot sleep any more. Bandits come in and kidnap our people on a daily basis.”

Many residents who spoke to PREMIUM TIMES appeal to the government to improve provision of security to the people of the state.

Meanwhile, governor El-Rufai had warned citizens not to cause discomfort to travellers by blocking a major road like the Kaduna-Abuja road.

“Mr El-Rufai a warned against blocking of roads, a practice he described as detrimental to the activities of innocent citizens whose movement is forced to a halt. He stressed that such actions would offer no solution, but only create panic and further breakdown of law and order,” Mr Aruwan said in a statement on Sunday