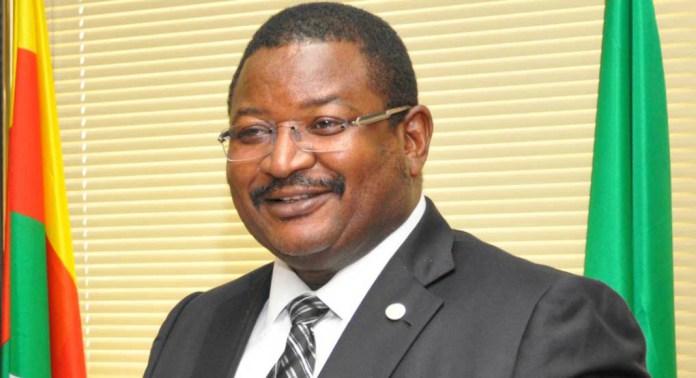 Justice Ahmed Mohammed, in a ruling, held that granting the EFCC’s application would amount to breaching the decision of the appellate court.

Justice Ahmed Mohammed, in a ruling, held that granting the EFCC’s application would amount to breaching the decision of the appellate court.
Mr Mohammed stressed that there was a subsisting judgment delivered on April 24, 2020, wherein the Court of Appeal, Abuja Division, had ordered the defendant to enter defence on Counts 3 and 4 of the charge.

The News Agency of Nigeria (NAN) reports that the anti-graft agency had, on March 10, sought an amendment of the charge which Mr Yakubu was standing trial for.

Mr Yakubu was, however, arraigned on March 16, 2017, on six counts but was ordered by the Court of Appeal to defend counts 3 and 4 which bordered on failure to make full disclosure of assets, receiving cash without going through a financial institution and intent to avoid a lawful transaction in alleged violation of Section 1(1) of the Money Laundering Act, 2011 and punishable under Section 16(2)(b) of the Act.

Delivering Thursday’s ruling, Mr Mohammed noted that the appellate court had made a decision on the appeal of the defendant on counts 3 and 4 charges.
He said the agency in an application dated March 8 and filed March 10, 2021, prayed the court for an amendment of the charges.

The judge said counsel to the defendant, Ahmed Raji, had argued that the order of the appeal court was for the defendant to reply to charges 3 and 4 only and not an amended charge.

He said the lawyer had referred to the amended charge as unconstitutional as the defendant was at the point of cross-examination.

Mr Mohammed stated that the prosecution, however, insisted that the amended charges were on the same counts 3 and 4 not other charges struck out by the appeal court.

The judge stressed that making an amendment to a charge was subject to the discretion of the court, citing Section 216 of the Administration of Criminal Justice Act (ACJA).

He held that the court could only permit an amendment in the charge in as much as it did not amount to injustice on the defendant.

Justice Mohammed, therefore, ruled that the court could not allow the amendment sought by the EFCC as it would amount to a breach of the decision of the appellate court.
“Allowing the EFCC to amend Counts three and four, of the criminal charge is tantamount to disobeying the subsisting order made by the Court of Appeal on April 24, 2020,” he said.

The judge then adjourned the matter until June 30 for the trial to continue.

Why I killed my wife – Pastor