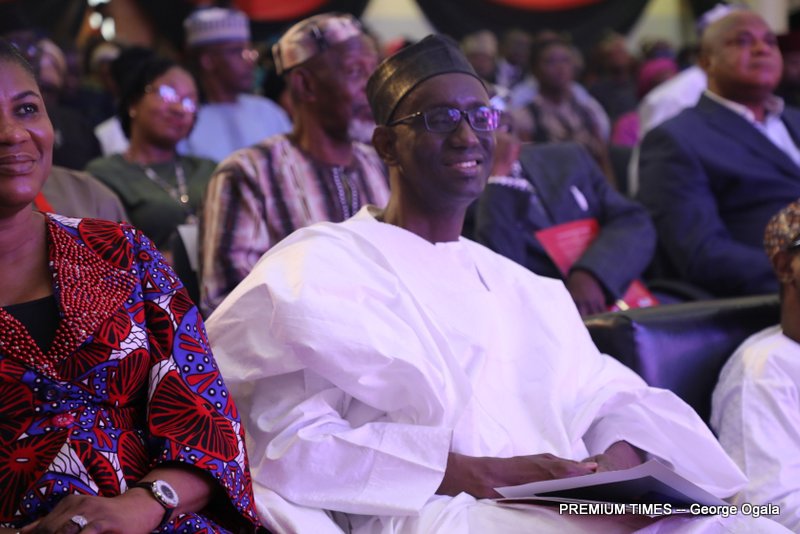 Mr Ribadu is the only Nigerian on the list of over 100 signatories from over 40 countries.

Nuhu Ribadu, the pioneer chairman of the Economic and Financial Crimes Commission (EFCC), and other global anti-graft advocates have called for the creation of an International Anti-Corruption Court (IACC).

The former EFCC chairman is among the over 100 world figures, including former heads of states and governments, former government and intergovernmental officials, and representatives of civil society, governments, business, and faith, who have signed a declaration for the establishment of the IAAC to tackle high-level corruption in governments.

The Integrity Initiative International (III), an international non-governmental organisation fighting “grand corruption”, which pulled the signatories together from over 40 countries, announced the signing of the declaration on its website visited by PREMIUM TIMES on Sunday.

‘Why IAAC is needed’

“We know that grand corruption – the abuse of public office for private gain by a nation’s leaders (kleptocrats) – thrives in many countries and has devastating consequences,” the group stated as part of the reasons for its call for the establishment of the IAAC.

It added that grand corruption continues to flourish despite the existing laws that are in place to check it, noting that the menace thrives not due to insufficient laws.

“The 187 countries that are party to the United Nations Convention Against Corruption (“UNCAC”) each have laws criminalizing corrupt conduct. Yet kleptocrats enjoy impunity because they control the administration of justice in the countries that they rule,” the group said.

The group, which says it is dedicated to promoting human rights, human health, and international peace and security, noted that kleptocrats corruptly enrich themselves from the trillions of dollars being spent to promote global public health and counter climate change.

“Kleptocrats are robbing their countries of funds needed to meet the 2030 Sustainable Development Goals,” the III said, adding that “Grand Corruption undermines democracy as kleptocrats use their power to suppress the media and civil society, and subvert honest elections.”

It is also of the view that because grand corruption “has global consequences and often cannot be combated by the countries most immediately victimised by kleptocrats, a new international institution – an International Anti-Corruption Court – is necessary and justified.”

The group said the IAAC should have jurisdiction “to prosecute violations of existing domestic anti-corruption laws, or a new international counterpart of them, by kleptocrats and their collaborators, if the country the kleptocrat rules is unwilling or unable to prosecute a case itself.”

“The IACC should be a court of last resort with the capacity to prosecute and imprison kleptocrats, and thus create opportunities for the democratic process to replace them with honest leaders,” it said.

The group added that the court should have “the authority to recover, repatriate, and repurpose illicit assets for the victims of Grand Corruption” in civil as well as criminal cases.

Others include Haris Silajdžić, former Prime Minister and former Chairman of the Presidency of Bosnia and Herzegovina; and Danilo Türk, former President of Slovenia.

Mr Ribadu, the pioneer head of EFCC, Nigeria’s flagship anti-corruption agency, from 2003 to 2007, falls into the category of the signatories who were former government and intergovernmental organisation officials.

He is the only Nigerian on the list of over 100 signatories from 40 countries.

Nigeria’s President Muhammadu Buhari who has been in office for six years suggested the creation of a special court to fight corruption in an interview on Friday.

“Special courts are very important especially in the case of corruption,” the president said in the interview he granted in an interview with NTA aired on Friday.

Nigeria is among developing countries that perform poorly in the yearly Corruption Perceptions Index (CPI), an index published annually by Berlin-based Transparency International since 1995 which ranks countries by their perceived levels of public sector corruption, as determined by expert assessments and opinion surveys.

The ranking placed Nigeria as West Africa’s most corrupt country after Guinea-Bissau.

A total of 180 nations are usually ranked from 0 to 100. While zero indicates the participating country is ‘highly corrupt,’ 100 signifies the highest level of transparency – ‘very clean.’

SPECIAL REPORT: How women farmers are responding to climate change in a Nigerian state