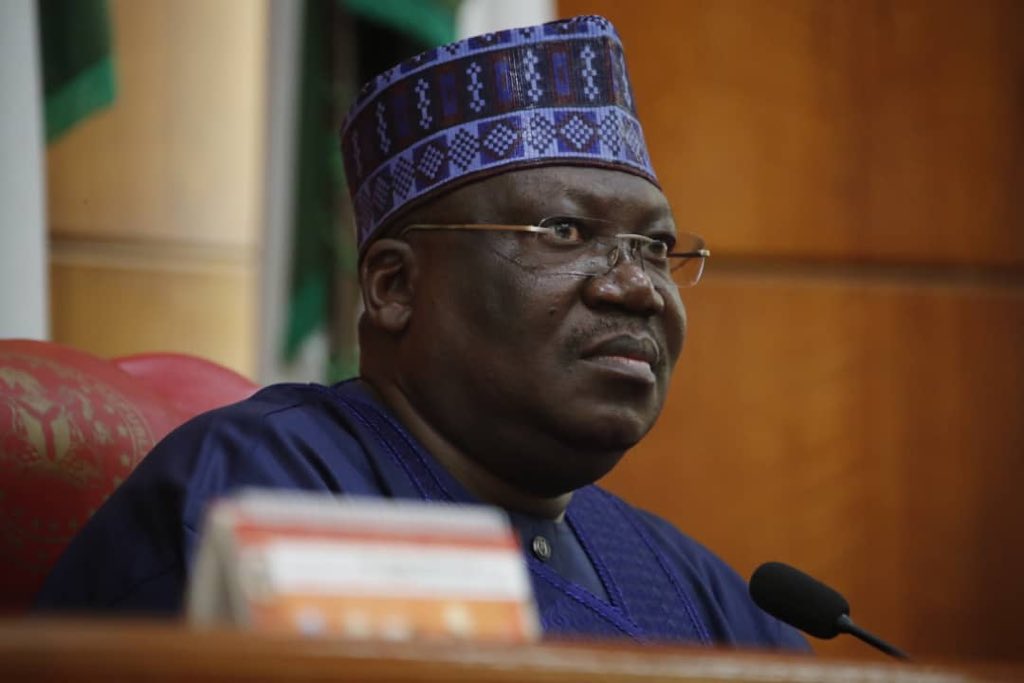 The federal government had, on June 4, announced the “indefinite suspension” of Twitter operations in Nigeria.

Ahmed Lawan, Nigeria’s Senate President, has broken his silence on the federal government’s decision to indefinitely ban the operations of Twitter in Nigeria.

While he refused to give a definite stand on the ban, the lawmaker said he is optimistic that the matter will be resolved soon just as the federal government is currently in talks with Twitter.

Mr Lawan made this comment during a media briefing with journalists at the National Assembly on Friday.

The event, organised by his office, is to mark the second anniversary of the ninth assembly.

The federal government had, on June 4, announced the “indefinite suspension” of Twitter operations in Nigeria – two days after the site took down a controversial tweet by President Muhammadu Buhari. Twitter had said the tweet violated its rules and many Nigerians viewed it as a threat of violence against the Igbo ethnic group.

The announcement triggered controversies and condemnation from within and outside Nigeria, with many describing the ban as an attempt to gag the media, an attack on press freedom, freedom of expression and attempt to pass the controversial Social Media Bill.

Mr Lawan was asked why the Senate has been silent on the matter as well as his thoughts. He reminded journalists present that the federal government was working towards resolving the issue.

“The Minister of Information, Lai Mohammed, has informed Nigerians that they are talking with Twitter to resolve this matter.

“I am an optimist. I believe all of us would have learnt our lessons,” he said.

His comment comes barely 48 hours after the Senate held a special session without discussing the #TwitterBan, a contrast to their counterparts at the House of Representatives, who summoned the Minister of Information, Lai Mohammed over the ban.

Members of the main opposition party, PDP, in the House also walked out of plenary after the Speaker, Femi Gbajabiamila, turned down an attempt to ask the federal government to review the #TwitterBan.

Nigerians had expected the Senate to discuss the issue during plenary on Tuesday but mum was the word. The subject was not listed for discussion on the Order Paper neither was a motion or Point of Order raised to that regard.

The lawmakers, who began plenary at 11:02 a.m., went into a closed door meeting shortly after opening prayer. The executive session lasted for over half an hour and the Senate President, thereafter, announced that the discussions behind closed doors bothered on the workings of the Senate.