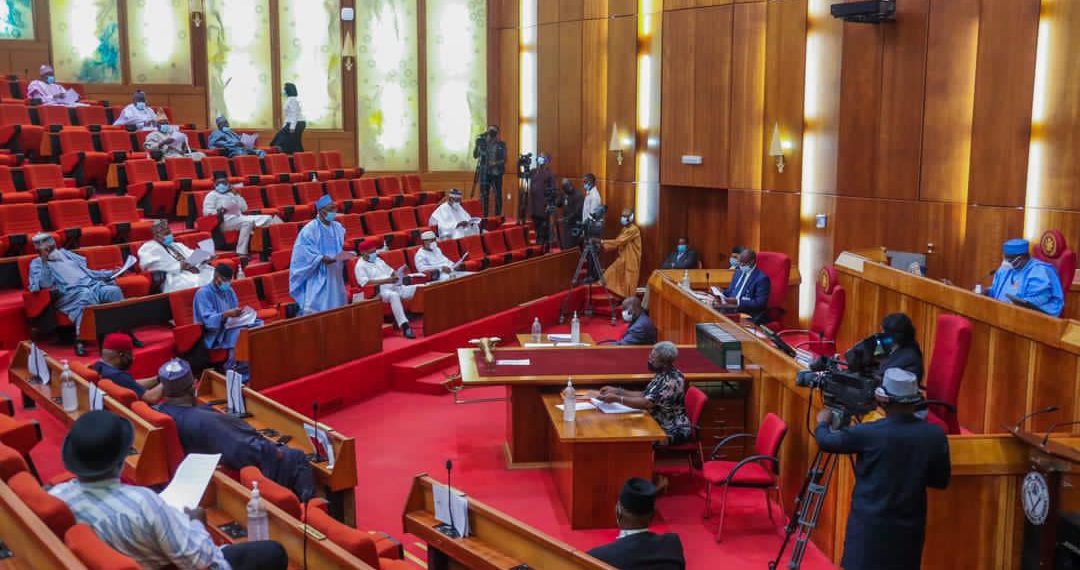 Nigerian senators gave themselves a pat on the back on Wednesday as they marked two years in the ninth assembly.

The lawmakers, in a special session, took turns to review activities of the past two years, the challenges they have faced and achievements attained.

The ninth assembly was inaugurated on June 11, 2019 and lawmakers in both chambers in an election, voted for Ahmad Lawan and Femi Gbajabiamila as Senate President and Speaker of the House respectively.

The Senate’s self-exaltation comes amidst criticisms towards the ninth assembly with many describing it as a rubber stamp.

Both individuals and civic groups have accused the Senate of failing to check the excesses of the president and the entire executive.

Over 20 lawmakers who made their contributions said the lawmakers have in the past two years ”showed great leadership and have led in integrity”.

They also praised themselves for ‘great feats’ like restoring the annual budget cycle to January-December, considering over 350 bills and their attempt to alter the constitution.

Some of them, however, noted key areas where more legislative work is needed. They include swift passage of the Electoral Amendment bill, insecurity, power supply across the country, healthcare, among others.

In his contribution, Gabriel Suswam (PDP, Benue North-east) blamed the executive for failing to implement most of the resolutions passed by the Senate.

“You have read the objectives we set for ourselves. We have taken many steps to achieve those objectives and since we came here, we have treated serious issues of insecurity. What have we done?

“We addressed the issue. We passed resolutions. We set up committees and far reaching resolutions passed and sent to the executive. The fact that actions were not taken by the executive is not our fault. We find ourselves in a situation where we are doing what is right for Nigerians and the executive is failing to implement it. That is not to say that we have not performed,” Mr Suswam said.

While he commended the Senate for restoring the budget cycle, the lawmaker asked that the Electoral Act be passed quickly and the proposal for electronic transmission be approved.

“We as a Senate have tried to address issues but unfortunately, the executive has been reluctant towards implementing it. We have tried.

On his part, the Senate Leader, Abdullahi Yahaya, said the Senate deserves to celebrate the anniversary “in view of its tremendous progress on all fronts.”

“Let me put it on record that the 9th Senate has made a lot of progress on all fronts and therefore deserves to mark this very great day.

“When we started, I knew that the 9th Senate was going to be significantly different and effective because it started with a position that we need to work for Nigerians by collaborating and engaging with other arms of government.

In a twist, the Minority Leader, Enyinnaya Abaribe, refused to contribute when he was called upon.

“The Minority Leader declines to make any comment,” he said bluntly. The lawmaker gave no reason for his decision.

In his remarks, Mr Lawan praised his colleagues for ”passing hundreds of bills and legislation, including confirmation of appointments for the Executive Arm of Government as well as budget cycle restoration”.

“We had also promised to create a legal environment conducive for ease of doing business. We kept this promise by passing the Companies and Allied Matters Act, Cap C20 LFN 2004 (Repeal and Re-enactment) Bill 2019 (SB.270).

“We also promised to break the jinx on the Petroleum Industry Bill (PIB) and we are on the verge of doing this by finally passing the Bill this month after about 20 years of failed attempts,” he said.

He also praised the senators for passing resolutions to help curb insecurity, dedication towards the constitution review and the electoral reform bill and anti-corruption bills.

“Our electoral process has shown remarkable improvement in the Fourth Republic with the cycle now virtually stable. In 2023, we shall have the seventh regular cycle of general elections, the longest in the history of our nation.

“Despite the progress, gaps and inadequacies have been identified in the process. The electoral reform bill seeks to address these gaps and we have committed ourselves to passing the Bill before the annual summer recess.”

The ninth Senate, he said, has been one of the most peaceful, stable and focused Senate.

The lawmakers, thereafter, adjourned plenary to resume on June 22.