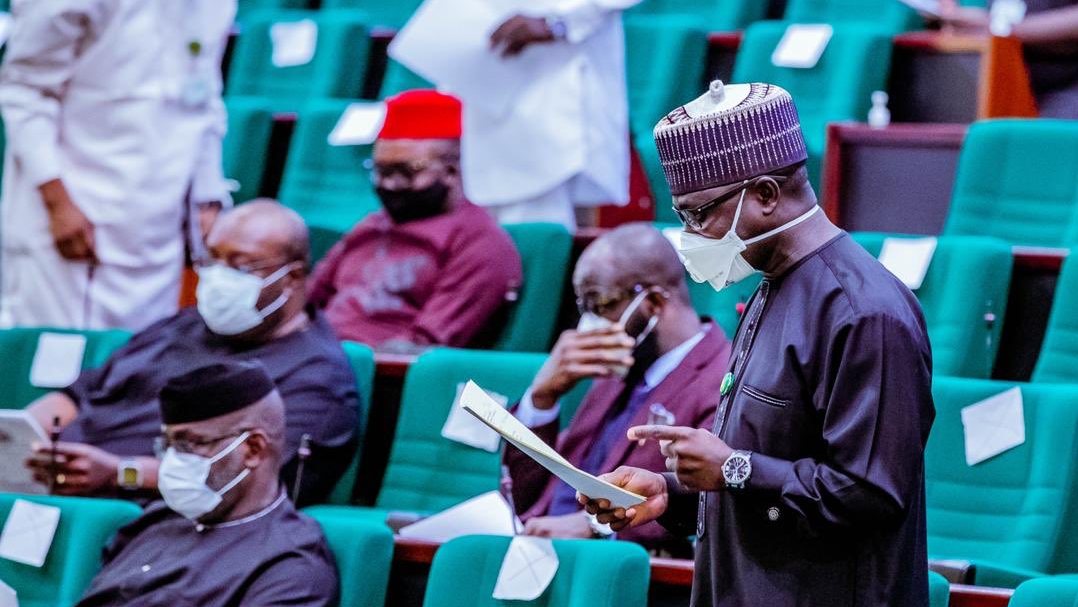 ANALYSIS: How Reps debated the controversial Twitter Ban in Nigeria

Speaker Gbajabiamila outwitted the opposition and gave 10 days for a joint committee of the House to look into the matter, apart from summoning the Information and Culture Minister, Lai Mohammed.

The expectation that the National Assembly will intervene in the ban of the microblogging site, Twitter, received a huge blow on Tuesday, as the Speaker of the House of Representatives, Femi Gbajabiamila, bought the government vital 10 days.

Upon resumption of plenary, Mr Gbajabiamila had, in his speech, directed the House committees on Information and Culture, National Security and Intelligence, Commerce and Justice to investigate the circumstances leading to the suspension of the social media platform.

He said, “On Friday the 4th of June 2021, the Federal Government of Nigeria, through the Federal Ministry of Information and Culture announced the immediate suspension of the operations of the social media network, Twitter in Nigeria. The Minister of Information and Culture, Alhaji Lai Mohammed, in his statement announcing the suspension, cited “the persistent use of the platform for activities that are capable of undermining Nigeria’s corporate existence” as the reason for the decision to suspend the operations of Twitter in Nigeria.

“The suspension on Twitter in Nigeria has generated fierce debate. The House of Representatives has since the announcement been inundated with comments about the decision, requests for intervention and criticism.

“The House of Representatives recognises that Twitter, like other social media networks, is an important tool for communication and commerce in Nigeria, particularly amongst the younger generation who have used these networks for enterprise and innovation with great success.

“The House also recognises that as social media has been a tool for good, it can also be a tool for bad actors. As such, the government has a legitimate interest in ensuring that these platforms are not used to commit vile actions against individuals and the State.

“The proper role of the legislature in circumstances like this is first to peel back the layers of the decision-making process to unravel the issues until we develop an understanding of the why and the how of executive decisions.

“Following that, the legislature must make sure that regulatory and enforcement actions by the government are in accordance with the laws of the land, that due process of law has been followed to the latter and that the outcomes of regulatory decisions do not result in adverse consequences for the country and all our people. Fidelity to our responsibilities in situations like this requires the legislature and legislators to as in the words of Rudyard Kipling, “keep your head when all about you are losing theirs”.

“We listen to the agitation of the people, but we also hear from the government so that from the abundance of information, we reach the level of awareness that allows us to discharge our role dispassionately.

“It is in service of our obligations under the constitution of the Federal Republic of Nigeria and our moral duty to the Nigerian people, that the leadership of the House has decided to mandate the House Committees on Communication, Justice, Information and Culture, and National Security and Intelligence to immediately commence an investigation to determine:

a. The circumstances of the decision by the Federal Government of Nigeria to suspend the operations of Twitter in Nigeria; and

b. The legal authority for the ban on the operations of Twitter in Nigeria.”

The speaker’s speech was an obvious ambush of the opposition, which had planned to move a substantive motion on the controversial ban of the social media platform.

The federal government had, on June 4, announced the indefinite suspension of Twitter in Nigeria.

It accused the American social media company of allowing its platform for “activities that are capable of undermining Nigeria’s corporate existence.”

In the tweet on June 1, Mr Buhari said, “Many of those misbehaving today are too young to be aware of the destruction and loss of lives that occurred during the Nigerian civil war. Those of us in the fields for 30 months, who went through the war, will treat them in the language they understand.”

The following day, the government, through Lai Mohammed, the Information and Culture Minister, accused Twitter of “double standards” and supporting secessionists in the country.

Expectedly, many Nigerians, home and abroad, expressed outrage at the government’s decision to suspend the microblogging platform. Some described it as an affront on the rights of citizens. Also, groups, including the Nigeria Bar Association condemned the act.

Regardless, the Attorney General of the Federation, Abubakar Malami, announced that the government would prosecute Nigerians bypassing the restriction of the government because Nigerians, in defilement of the ban, have been using VPN to use the platform.

Even so, some Nigerians, including Governors Nasir El-Rufai of Kaduna State and Rotimi Akeredolu of Ondo State were reportedly using VPN to bypass the restriction.

All eyes were on the two chambers of the National Assembly on their possible intervention in the matter.

However, upon resumption of plenary on Tuesday, the Senate kept mum on the suspension. The issue was not brought up for discussion, either by way of motion or a point of order.

In the lower legislative chamber, the issue came up when Mr Gbajabiamila was making his welcome speech. The Speaker mandated the joint committee to invite the Minister of Information and Culture, Lai Mohammed, to explain the circumstances surrounding the ban by the government.

The joint committee was also asked to investigate the law the government is banking on to initiate and enforce the law.

The move closed all avenues for debate on the matter by members.

A lawmaker from Benue State, Mark Gbillah (PDP, Benue) had told PREMIUM TIMES that he would be willing to ground the proceedings of the House if the Minority Caucus was not allowed to move a motion.

Notwithstanding the move by Mr Gbajabiamila, the PDP leader, Kingsley Chinda, later raised a point of order that the ‘Twitter ban’ should be suspended in the interim, until the investigation by the committees concluded.

In his ruling on the point of order by Mr Chinda, the Speaker said, “It will be out of order to attempt to reconsider any specific matter which the House has concluded upon, unless there is a substantive motion.

“The matter has been sent to relevant committees of the House to investigate, and they will report to us in 10days. Even though you have gotten a motion here, we would have referred it to the same committee, the motion would have been killed, you don’t know.

“You have not complied with Order 9 rule 6, you are ruled out of order.”

Mr Chinda and some PDP lawmakers protested the ruling of the speaker. There was a mild altercation between Mr Chinda’s group and some APC members.

Consequently, the lawmakers staged a walkout from the floor of the House.

While the lawmakers were walking on, a member of the House, Yusuf Gagdi (APC, Plateau), raised another point of order.

Citing order 6 rule 1 and 2, the lawmaker called for the sanction of some lawmakers for speaking to the press over the Twitter Ban.

Mr Gagdi made reference to some reports published by PREMIUM TIMES. This platform had published a statement by the Minority Caucus on the plan to sue the federal government and had spoken exclusively to Mr Gbillah.

“My matter is on news that I stumbled on, on the pages of the newspaper, particularly the ‘Prime time of Nigeria.’

“It shows that it is designed if the ‘Primetimes’ had published that members of the National Assembly, elected by the people of Nigeria, ought to be fighting on the killings going on around the country.

“To come together and say they will frustrate our efforts toward ensuring that Nigerians live well, towards ensuring that we have come up with the latest framework that will ensure the safety, the freedom, the peace of the country, Mr Speaker, very unfortunate. Mr Speaker, a certain group of parliamentarians cannot suffocate an entire arm of the government.

“This plan by some section of lawmakers, perhaps they do not understand while they are voted, must be investigated.”

He added that very few of his constituents are on Twitter. Hence, he accused the PDP caucus of causing trouble because the decision did not favour them.

“I know my constituents, how many of them are on Twitter? I am not appreciating or approving the action of the government since it is under investigation. But again, we must not agree to the conspiracy……simply because something does not favour you.”

The Speaker ruled that the matter over Twitter should be dropped, and the point of order was overruled. He applauded some PDP members who stayed behind.

The PDP members, led by Mr Chinda, said though they were in support of the resolution, they would like to add one more prayer.

Mr Chinda, who spoke on behalf of the group, said he will be bringing a motion to that effect, adding that he was sure the motion will not be allowed to be passed.

Reacting to the decision of some members not to join the walkout, Mr Chinda said the PDP is united.

The Mali coup and instability in Africa, By Adeoye O. Akinola