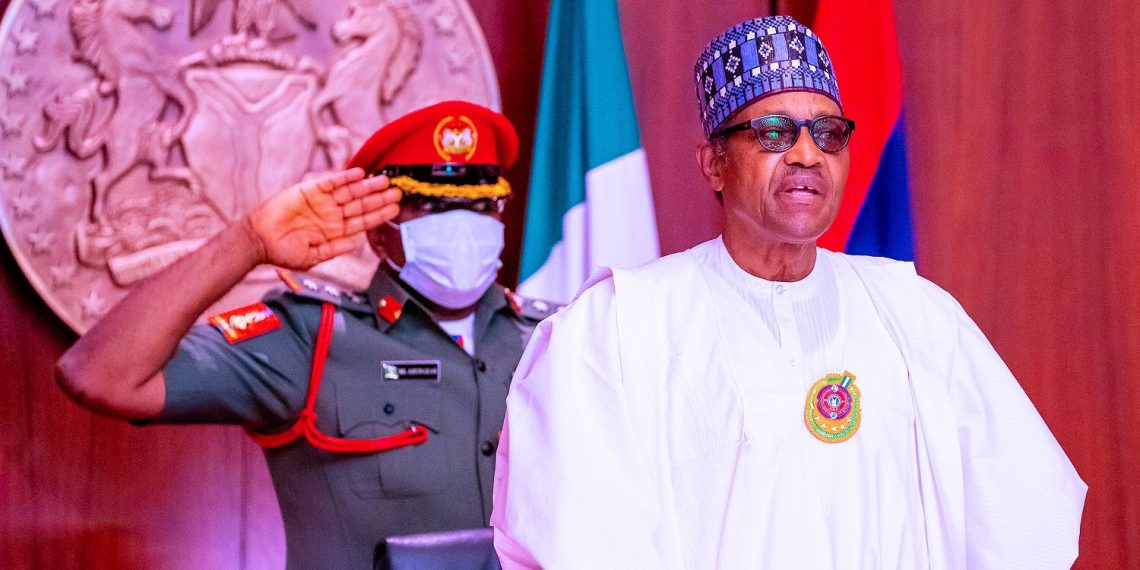 Buhari cancels FEC meeting in honour of Attahiru, others

Mr Attahiru and the 10 officers and men of the Nigerian Army died when their NAF plane they were travelling in crashed in Kaduna on Friday.

The weekly meeting of the Federal Executive Council (FEC) scheduled for Wednesday has been cancelled in honour of the Chief of Army Staff, Ibrahim Attahiru, and 10 other military officers and men who recently died in a plane crash.

The next meeting of the council will now hold on June 2.

Also, a meeting of the Police Council, which was billed for May 27, has also been shifted to June 3.

These were contained in a statement by the Secretary to the Government of the Federation, Boss Mustapha, on Monday.

Mr Attahiru and the 10 officers and men of the Nigerian Army died when their NAF plane they were travelling in crashed in Kaduna on Friday.

They were on their way to the Depot Nigerian Army, Zaria in Kaduna State to attend the passing out parade of regular recruits scheduled for the next day.

The victims have since been buried at the National Military Cemetery, Abuja.

PREMIUM TIMES had reported earlier directive by President Muhammadu Buhari that the National Flag be flown half-mast nationwide in honour of the departed soldiers while May 24 should be observed as a work-free day by all members of the armed forces.

He also said the president urged “all citizens to use this period of mourning to pray for the repose of the souls of the departed and strength for the family to bear the painful loss.”

Below is the full statement:

POSTPONEMENT OF THE FEDERAL EXECUTIVE COUNCIL

Further to the directive of Mr. President for the National Flag to fly at half-mast nationwide from 24th – 26th May, 2021 and the declaration of today, Monday 24th May, 2021, as work free-day for members of the Armed Forces, the President has also directed that the Federal Executive Council Meeting scheduled to hold on Wednesday, 26th May, 2021 be postponed to Wednesday, 2nd June, 2021.

Similarly, the Police Council Meeting which was earlier scheduled for Thursday 27th May, 2021 be postponed to Thursday 3rd June, 2021 in honour of the memory of the late Chief of Army Staff, Lt. Gen. Ibrahim Attahiru and 10 other Senior Military Officers and Service Men.

President Muhammadu Buhari urges all citizens to use this period of mourning to pray for the repose of the souls of the departed and strength for the family to bear the painful loss.