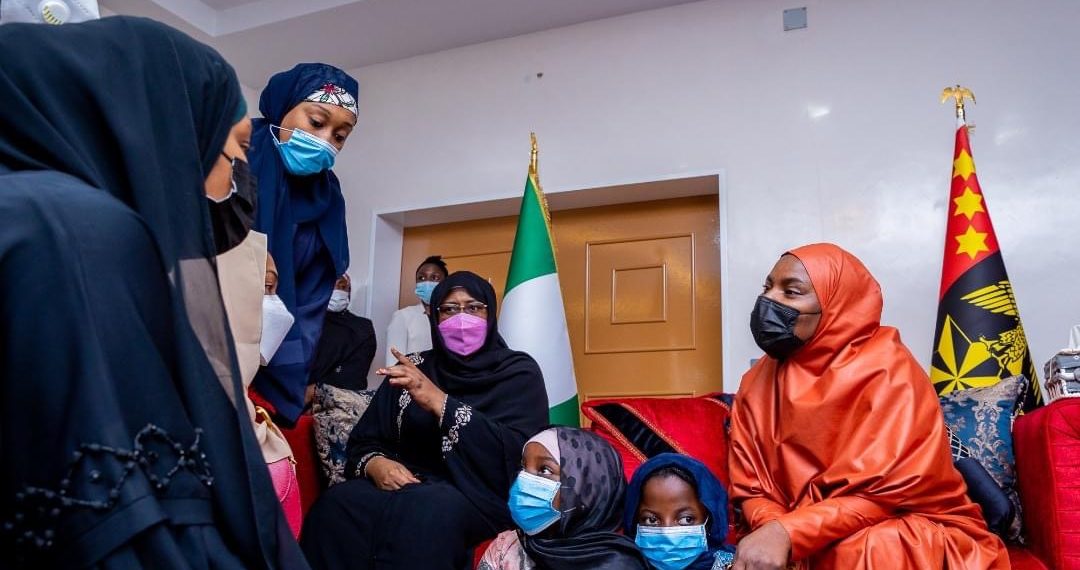 Nigerians have expressed outrage at President Muhammadu Buhari's failure to attend the burial of the late officers.

The first lady, Aisha Buhari, on Sunday, paid a condolence visit to the family of the late Chief of Army Staff, Ibrahim Attahiru.

She joined other Nigerians to mourn Mr Attahiru and other officers who died in Friday’s plane crash.

Mrs Buhari shared a short message and pictures of her visit on Facebook Saturday evening.

“The death of the Late Chief Of Army Staff and the other military officers aboard the ill-fated aircraft is a monumental loss to their families and the Nation at large,” she wrote.

“May their souls rest in peace, and may the Almighty grant their families the fortitude to bear the irreplaceable loss,” she posted.

Her visit occurred as Nigerians continued to express outrage over President Muhammadu Buhari’s failure to attend the burial of the late officers or visit their family for condolences.

Mr Attahiru, a lieutenant general, and 10 other officers were laid to rest at the National Military Cemetery, Abuja, on Saturday, a day after they died in a military plane crash.

They died on Friday in Kaduna while on official assignment to Zaria.

Their bodies were moved to the National Military Cemetery along Abuja’s airport road for interment Saturday.

The burial was attended by the families and friends of the deceased and top government officials. Mr Buhari was, however, conspicuously absent.

No official reason has been given for the president’s absence.