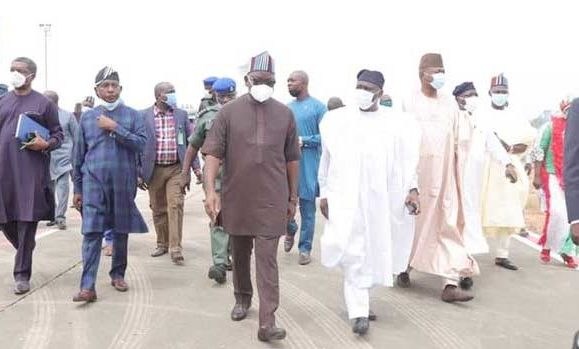 It is expected that Governor Darius Ishaku of Taraba and Governor Ben Ayade of Cross River would join others as the meeting progresses.

It is expected that Governor Darius Ishaku of Taraba and Governor Ben Ayade of Cross River would join others as the meeting progresses.

The governors, who arrived the conference centre at exactly 1:10 p.m. in a coaster bus, went into a closed door session.

Feelers from the venue revealed that the gathering of the governors was centered on the security challenges across the country.

The meeting, which is being presided over by the chairperson of the PDP Governors Forum, Governor Aminu Tambuwal of Sokoto state, will also discuss issues relating to the progress of the party.

It is expected that a communique will be issued at the end of the meeting.

Two officers killed in another attack on police facility in Abia

Southern Nigeria: Of Federalism and Conservative Rumblings, By Dakuku Peterside