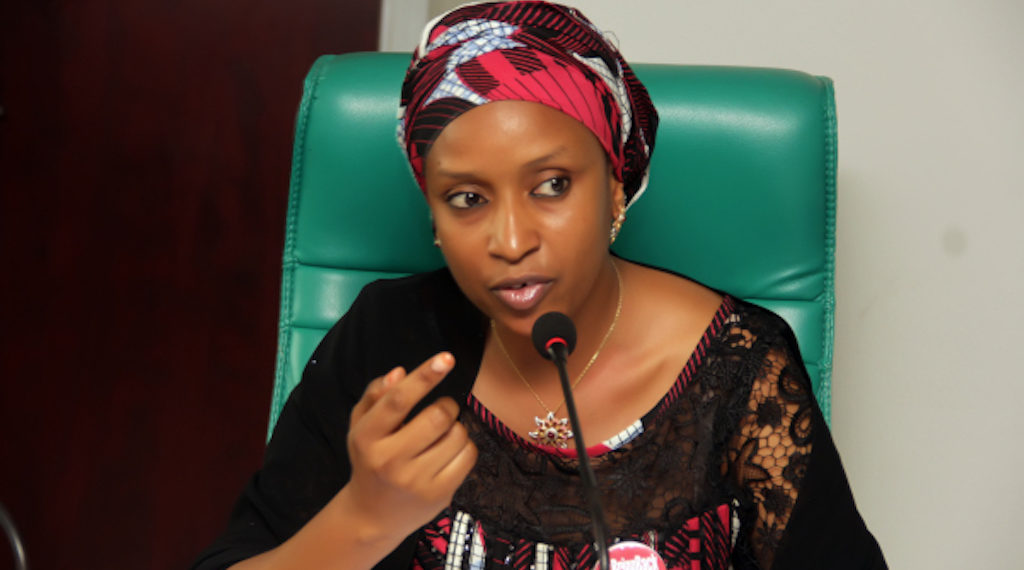 Ms Usman says she could not have awarded any contract without the management team of the NPA.

The suspended Managing Director of the Nigerian Ports Authority, Hadiza Usman, has denied using her position to award a contract to a company owned by Aliko Dangote.

Ms Usman in a statement Sunday said a report by Sahara Reporters regarding the purported contract was false.

The company has denied links with the Africa’s richest man.

Ms Usman was suspended Wednesday by President Muhammadu Buhari to allow an independent audit of the accounts and remittances of the agency.

Ms Usman in her statement said she could not have awarded any contract without the management team of the NPA.

“To start with, the Nigerian Ports Authority has an executive management team, which always considers and takes business decisions on all assets of the Authority in the best interest of Nigeria. To claim that I singlehandedly awarded a contract in my capacity as Managing Director, is therefore, irresponsible, mischievous, and defamatory,” she said.

She said, “the report also mischievously lumped the now expired service boat contract between the NPA and the Integrated Logistics Services’ (INTELs), which took off in 2007 with a review of a ten-year extension in 2011 to culminate in an expiration in August 2020 with the lease under discussion. The service boat contract expired through the effusion of time and the Authority initiated a procurement process in which INTELs participated in line with all extant laws.”

Concerning Onne berths 9, 10 and 11, which the report alleged was “clandestinely” taken from INTELs, she said the Authority offered those berths to INTELs in 2013 without any contractual agreement even though the offer letter required that the company should pay rent to the Authority for the use of the berths.

She said the Authority realised in 2018 that INTELs had neither been making these payments for five years nor putting the berths to optimal use.

She said the NPA then wrote INTELs to request the payment of the arrears of monies that were unpaid and expand the utilisation of the facility.

“With the continued under-utilisation of the facility, the fact that there was no contractual agreement with INTELs from the outset and the urgent need to decongest the ports in Lagos, the Authority offered the berths to an internationally renowned container handling company, Messers International Container Terminal Nigerian Limited (ICTNL) for the use of the berths for container cargo discharging,” she said.

“ICTNL has signed a contract for the lease of the berths with the Authority and has commenced the installation of container handling equipment when INTELS instituted a court action challenging the withdrawal of the offer. That case is still in court!”