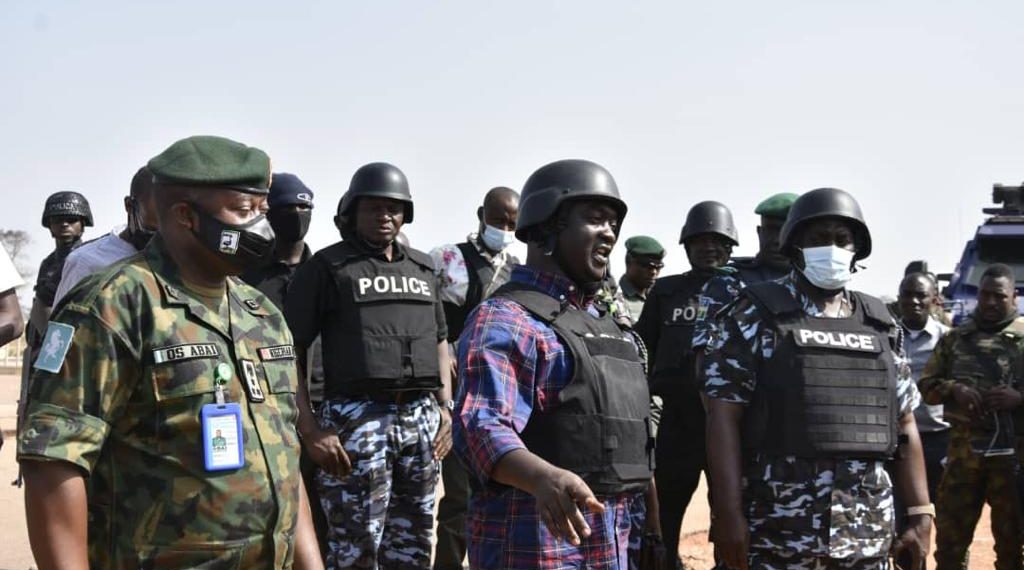 The army stated that the suspects were arrested by troops of the 3 brigade in Kano.

The Nigerian Army has announced the arrest of 13 Boko Haram suspects in Hotoro area of Kano State, North-west Nigeria.

The army spokesperson, Mohammed Yerima, made the disclosure in a statement on Sunday evening.

In the statement, the army stated that the suspects were arrested by troops of the 3 brigade in Kano.

The arrest comes in a midst the call by Jigawa State Governor, Muhammad Badaru, urging residents of the state to be vigilant, following reports of suspicious movement of Boko Haram insurgents in neighbouring Bauchi State.

President Muhammadu Buhari has repeatedly said the Boko Haram terrorists have been degraded and confined to the North-east. But recent revelations by some governors in the North-central and North-west indicate that stance may not accurate.

In the statement on Sunday, the army urged residents of the area to go about their normal businesses as its officials are on top of the situation.

Read the full statement by the army below.

In an ongoing effort to flush out all forms of criminality within its Area of Responsibility, troops of 3 Brigade Nigerian Army have arrested 13 suspected Boko Haram terrorists around Filin Lazio, Hotoro axis of Kano State on Saturday 8 May 2021.

The ongoing operations is predicated on the need to apprehend criminals who may want to hibernate in any part of Kano State.

The general public especially residents of Filin Lazio Hotoro, are enjoined to go about their lawful businesses as security forces are on top of the situation.

The Nigerian Army wishes to use this medium to appeal to the peace loving people of Kano State to maintain high level of vigilance and continue to report suspected movement of strange individuals or groups in their environment to the relevant security agencies for prompt action.