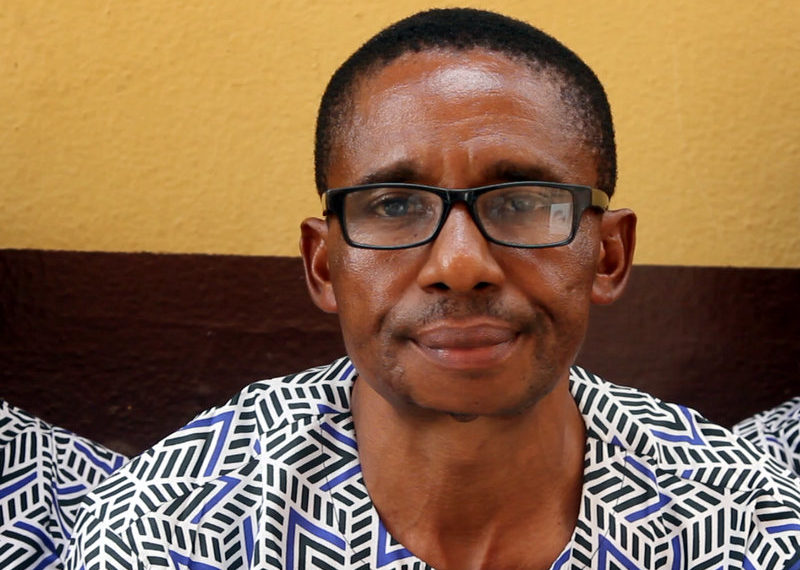 A policeman, for no reason, opened fire on Godwin Udoh´s innocent family, changing their lives forever.

My family and I were returning home from church when we encountered some policemen. It was night and the headlights of our Keke (tricycle motor) illuminated the officers, making them visible. They seemed to be discussing something.

As we drove nearer, one of them brought out a gun and tried to hit me with it. Alarmed, I parked the Keke and went over to meet them, just to make sure everything was okay. My wife followed. Neither I nor any member of my family ever had problems with the police; so we did not have anything to fear or hide.

From interrogation to gunshot

The policemen started to ask us questions. Then, one of them demanded a 2000 naira bribe. I told them I did not have 2000 naira on me. I was on my way home from church – not work. And I was with my family – as they could see by the presence of my wife by me and my children in the Keke.

One of the officers, upon recognising that I was indeed with my family,asked me to go.

In the process of getting back into the Keke, however, I suddenly heard gunshots. It came from behind me, where we had met the officers.

In that split second, I discovered my jaw had burst open. I had been shot.

Confused and in severe pain, I instinctively held my jaw and mouth together to prevent the loss of my blood, which was by that time gushing out like a pipe faucet forced open.
Then, I heard shouts of ´Mummy is dying! Mummy is dying!´

My wife had been shot too, and she was bleeding even more profusely than I was, especially from her head.

She had sat back into our Keke and had been holding our baby when a bullet ripped through the back of the vehicle, ramming into her head and causing her to slump over the crying baby, who my daughter later picked up.

Battle to save life

I later found out that the policeman who opened fire on us, unprovoked, was the same one who had earlier tried to hit me with a gun. I have still not understood why he fired so heartlessly at an unarmed family, when his colleague had asked us to drive on.

With my wife in a pool of blood, and my children wailing, I swallowed my own pain and tried to save my family by calling out for help. None of the cars passing by stopped to come to our aid, as they claimed they didn’t want to be involved with anything concerning the infamously brutal police.

One good and brave samaritan, however, eventually stopped and had mercy on us. He was a bus driver, and with the help of another kind lady who was around, they helped carry us to the hospital.

We were unsuccessful with getting treatment at two hospitals, before finally ending up at Ikorodu General Hospital.

There, we were asked to submit a police report before receiving medical attention.

We went to the Idimu Area Command to get a report, but we were told to go back to the hospital because our case was an emergency which did not require a report.

We told the police that we had already told the hospital staff – and indeed they (the hospital staff) themselves could see that we were an emergency case – yet they still insisted on us producing a report before they would treat us.

We went back to Ikorodu General Hospital with the instructions the Idimu Area M Command had given us, but the hospital staff were still adamant: no police report, no treatment.

The driver of the bus had to go back to the Area Command to try again for a police report. Fortunately, and finally, he was able to obtain one. The staff of Ikorodu Hospital had begun first aid treatment on us by the time the driver returned with the report.

We were later referred to the Lagos University Teaching Hospital (LUTH), but just when we were about to set off, more problems arose: Our good samaritan found out that his bus had run out of fuel. We decided to go back to the Area Command so they could help us with a vehicle to transport us to LUTH.

When we got to the Area Command, we met some top police officials who had just arrived there. They told us that they were coming from the Isheri Police Station, where the officers who had attacked us earlier were based.

The police chiefs assured us that the officers had been arrested, and that the matter would be handled with the justice it deserved.

They then released a vehicle to convey us to LUTH. With the help of the officers, and CSO there, we were given urgent attention, with the police paying the bills of our treatment.

While my jaw and right hand sustained damage that still gives me issues today, my wife, however,couldn’t live to tell her story.

I really wish she had sustained only injuries like I had, but it wasn to be. This innocent, loving woman was a mother to my children and I, and now she is no more – for reasons no one can still explain.

Losing the wife of my youth has been akin to losing my very life. I feel lost. I am not okay. I am in pain, physically and emotionally, and my children are out of school too.
My life has been turned upside down, and I have barely had help coming through for me.

I am calling on all Nigerians, especially our President, His Excellency Muhammadu Buhari, the Governor of Lagos State, Babajide Sanwo-Olu, and the Governor of Akwa Ibom State, Udom Gabriel Emmanuel, to come to my aid.

I pray people have compassion on my family, at least for the sake of my children, because I do not want this cruel tragedy to rob them of a good education. I do not want their future ruined because of this.
_______
This story is part of a multimedia project by Tiger Eye Foundation and media partners across Nigeria, documenting police brutality in Nigeria, and advocating police reform.

EDITORIAL: Why Pantami Must Step Aside From Government