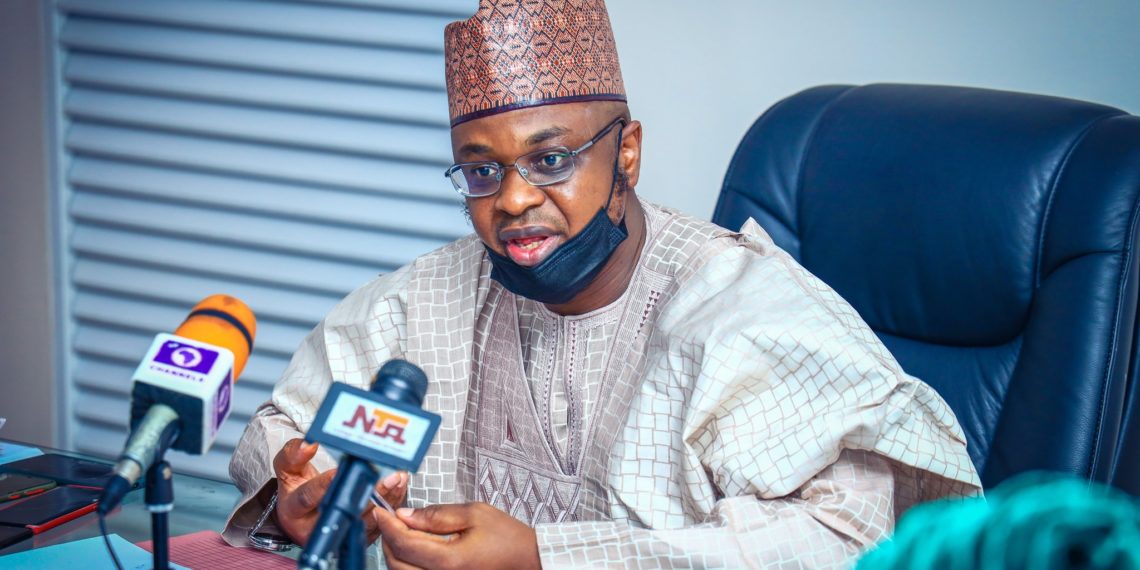 The NCC confirmed that its officials stole public funds but refused to ensure they are disciplined as prescribed by anti-corruption laws.

Two weeks after his office was contacted by a group to take action against two officials of the Nigerian Communications Commission (NCC) enmeshed in a N122 million fraud, Minister of Communications, Isa Pantami, has failed to act.

Although the NCC admitted its officials stole public funds, it has equally refused to ensure they are properly sanctioned as prescribed by anti-corruption laws.

PREMIUM TIMES in an exclusive report in March, exposed how two senior staff, Yakubu Gontor, head of the finance department, and Philip Eretan, former head of the internal audit department of NCC, got the funds as allowances for trips they never embarked on.

Mr Gontor got N54 million as accruable allowances for official trips he never made while Mr Eretan fraudulently raked in about N68 million.

They were indicted by an investigative committee which was set up by the commission’s governing board in 2020. Premium Times understands that the money stolen is being deducted in instalments from their emoluments. But the two men are yet to have their day in court.

The committee had recommended that the two officials should be made to face a disciplinary panel with appropriate sanctions meted out to them.

But PREMIUM Time findings revealed that the Umar Danbatta-led management of the NCC, which in 2020 won the Ethics Compliance and Integrity Scorecards (ECIS) award of the Independent Corrupt Practices and Other Related Offences Commission (ICPC), has not disciplined the indicted officials as recommended by the committee, or called for their prosecution.

The NCC is an agency under Mr Pantami’s supervision.

This newspaper understands that between January and February 2020, Messrs Guntor and Eretan frequented the Kaduna zonal office of the Economic and Financial Crimes Commission (EFCC) following a petition by a yet-to-be-identified group.

The new leadership of the EFCC in the zone, however, told our correspondent it could not trace the details of the matter.

In February, the new head of the zone, Sanusi Abdullahi, said he was only transferred to the zone in July 2020, and that he could not trace the files of the matter.”

“But we are still investigating and I can assure you that we will do our best to know what is amiss,” Mr Abdullahi said.

When reached on Tuesday, Mr Abdullahi said the commission’s position remained the same.

The NCC in its response to PREMIUM TIMES’ exposè had admitted its officials stole public funds. The agency has apparently continued to shield them from prosecution.

The commission’s spokesperson, Ikechukwu Adinde, in a statement to this newspaper on April 1, said: “the Commission investigated all the cases in accordance with the extant Public Service Rules and the NCC staff regulations as contained in the Staff Handbook.

“Those who were found culpable have had ‘appropriate sanctions’ meted out to them as set out in the NCC Staff Handbook. Other relevant government agencies are also looking into the matter.”

He did not specify on the nature of the sanctions.

This newspaper further investigated Mr Adinde’s claim and found out that he was not saying the truth as there was no evidence the officials were punished for the crime.

While Mr Eretan was redeployed from the audit department to licensing and authorisation department, Mr Gontor has continued in office as the head of the agency’s finance department.

The extant Public Service Rules and the NCC staff regulations prescribe dismissal for such misconduct.

The misconduct by the NCC officials, described by lawyers as “obtaining of money under false pretence” is a felony and the officials are liable to imprisonment to a term of three years.”

This newspaper reached out to the chairman of NCC governing board, Adeolu Akande, on why his agency is shielding corrupt officials but he said “he is not in better position to respond.”

“By the act of NCC, matters that deals operations are handled by the executive chairman. I will advise that you speak with director of public affairs, NCC.”

When informed about Mr Adinde’s failure to respond to specific enquiries, he insisted that he cannot speak on the matter.

Meanwhile, an anti-corruption group, Lygel Youths and Leadership Initiatives (LYLI), wrote a letter to Mr Pantami seeking his intervention over the matter.

In the letter dated April 14 and signed by its director of legal and compliance unit, Lekan Oladapo, the group noted that it had complained to the Executive Secretary of Nigerian Communications Commission (NCC) in a letter dated 29th December, 2020, of which the minister was copied.

“In the said letter we had raised observations on the case of fraud in the Commission that involved the two heads of units of Finance and Audit.

“We have persistently advised the management of NCC to address that by implementing the recommendation of the Investigating Committee to impose necessary sanction and prosecute the culprits.

“Be that as it may, all the advice went to the deaf ears of the management to the extent that it was insensitive to the subsequent publications of the Premium Times published on March 29th 2021 and APRIL 1, 2021 respectively.

“We are surprised that the NCC can be as desperate as a reputable organisation condoning corruption of its officers without plausible justification.”

The group stated that it is “amazingly disturbing” for the NCC to continue to shield the officials from disciplinary action.

‘Leave me out of NCC matter’- Pantami

Despite acknowledging the receipt of the letter on April 15, Mr Pantami is yet to take any decisive action, sources told PREMIUM TIMES.

This newspaper obtained a copy of the acknowledgment letter the minister issued.

When this newspaper contacted the minister’s spokesperson, Uwa Suleiman, on the subject matter, she pleaded that her principal should be left out of the matter.

“This is a crisis within NCC. They are in a better position to answer your questions and offer any clarification you may need.”

After informing her that NCC had confirmed the fraud but was apparently shielding the officials, she responded saying “this is under his (NCC spokesperson) purview. I will tell him to offer more clarification.”

Ms Suleiman later asked our reporter to send her the copy of the letter sent to the minister and this was done immediately.

Having read the letter, she has since failed to acknowledge the copy sent to her on WhatsApp. She has also not responded to issues raised in the said letter.

She has also not responded to reminder on the subject matter.

Mr Pantami current public silence may not be unrelated to recent controversies over his past.

He has been in the news lately over sermons he delivered over a decade ago that supported extremist groups such as Taliban and Al-Qaeda.

While the minister said he has renounced these teachings, blaming his immaturity at the time the statements were made, many Nigerians have demanded his resignation from office.