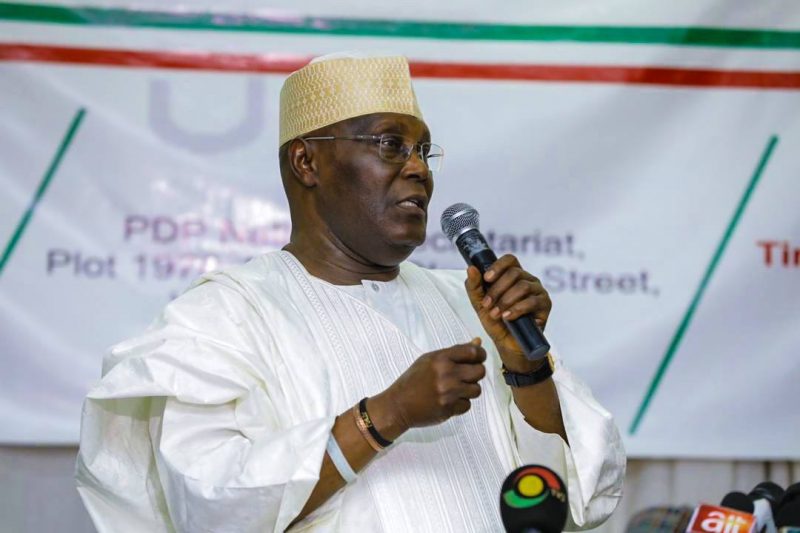 We must stop treating these acts of criminality with kid gloves. Enough is enough!" Atiku says

A former vice president, Atiku Abubakar, has decried the alleged complacency of the Nigerian government in its handling of bandits and kidnappers.

Mr Abubakar spoke in reaction to the abduction of some students of the Federal University of Agriculture Makurdi, Benue state, Sunday night.

According to students who spoke with PREMIUM TIMES, their colleagues were abducted at gunpoint. Two of the students are from the department of electrical electronics and department of science education.

The school authorities and the police in the state have both confirmed the attack.

In a series of tweets on Tuesday, the former vice president, who lost the presidential tussle to incumbent President Muhammadu Buhari in 2019, said kidnapping of students “must not be allowed to become our new normal.”

Darkness Awaits Us If We Do Not End The Attacks on Our Citadels of Learning.

The abduction of yet an unspecified number of undergraduates of the Federal University of Agriculture, Makurdi, Benue State, is one abduction too many.

“It is time for us as a nation to face the reality that we have an emergency on our hands. A catastrophe that must be decisively dealt with before it snowballs into an existential crisis,” he wrote.

“We must stop treating these acts of criminality with kid gloves. Enough is enough! There must be the safety of lives and property in our citadels of learning.

“Without it, there would be a loss of confidence in the sector, which will result in low enrolment rates in a country that is already the world headquarters for out of school children.

“This is all the more reason why I have maintained in the past that impunity must give way to punitive measures. When criminals profit from their criminality, crime will increase.

“The only response from all governments in Nigeria to acts of abduction, kidnapping and unlawful detention of persons ought to be to bring the full weight of the law on the perpetrators of these heinous crimes.

“Once these criminals have clarity on what awaits them should they toe such evils paths, then their audacity to commit evil will be weakened, and gradually, this ugly chapter in our national life will become a thing of the past.”

He also renewed his earlier call for a state of emergency to be declared in the education sector and for 24 hour armed guards to be posted at all schools in the affected states.

This newspaper reported how 239 were killed, 44 kidnapped in separate incidents last week.