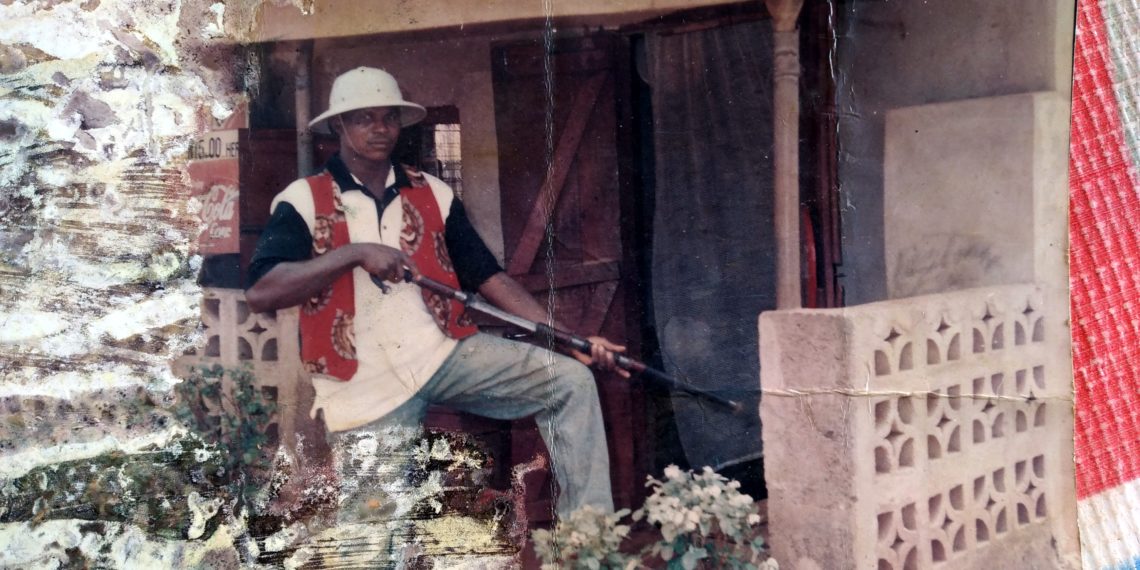 Twelve years ago, a land tussle sent Chijioke Ugwu into the notorious hands of SARS officials, who tortured him to death.

Chijioke Ugwu, who died aged 62 in July 2009, was an astute businessman who started with a pickup truck.

He used the truck to supply wood to construction sites in the southeastern Nigerian city of Enugu. With the money he made from that business, he bought another truck, which he gave out on hire purchase.

A native of Akegbe-Ugwu in the Nkanu-West Local Government Area of Enugu State, Mr Ugwu also owned a garri-processing plant that produced at least 30 bags daily.

A family man, he had two wives and a full house. The first wife bore five children, while the second wife produced three. Every Christmas Eve, Mr Ugwu would drive his first wife—Obiageli Ugwu—and their five children to the market to shop for clothes, foodstuff, shoes and any other thing they needed for the Yuletide. He also made sure that Obiageli’s drinks-and-beverages provision store was always filled with goods, and had begun plans to buy her a car.

Mr Ugwu was popular in his community and loved the tradition of his people. He participated in masquerade festivals and gave money to the masquerades. The Igwe of the community always listened to him because of his reputation as an honest man. Mr Ugwu joined the community’s security team and in his time, incidents of robbery in Akegbe-Ugwu reduced.

On July 17, 2009, Mr Ugwu drove to a friend’s mechanic shop at Gariki in Enugu to repair his truck. There, a friend, Paul Mba, called and asked for his location.

Mr Ugwu disclosed his whereabouts to Mr Mba, and after a few minutes, police officers stormed the place and arrested him. Before then, the police had arrested two other men who Mr Ugwu knew. The men, like Mr Ugwu, were part of the security team of Akegbe-Ugwu. The police officers took Mr Ugwu and the two men to Gariki Police Station.

At the station, Mr Ugwu called his first wife, Mrs Ugwu, and told her what had happened to him. The next day, July 18, Obiageli went to the station but did not see her husband. A police officer told her Mr Ugwu had been transferred to the office of the Special Anti-Robbery Squad (SARS) located at Enugu-Onitsha road, New Market.

At the SARS office, the officers insisted that Mrs Ugwu must pay 1,000 Naira before she would be allowed to see her husband. Upon payment, her husband’s cell was unlocked.

Mrs Ugwu recalls how traumatising the sight of her husband was upon his release: as a result of the beatings he had endured in custody, Mr Ugwu’s body was full of wounds, his legs were broken, and his jeans soaked with blood.

On July 20, Mr Ugwu was taken to an Enugu Magistrates’ Court, alongside the two men arrested with him. The court, unfortunately, could not sit because the injuries the men had sustained in custody had left them weak. The judge instructed them to get treatment before appearing in court again.

Later, Mr Ugwu informed his wife that the SARS officers had planned to take him back to the cell, where they were sure to continue torturing him. Fearing the worst, Mrs Ugwu begged the magistrate to send her husband to prison instead of the cell. The magistrate, much to the annoyance of the SARS officers, agreed. Mr Ugwu was taken to an Enugu prison. 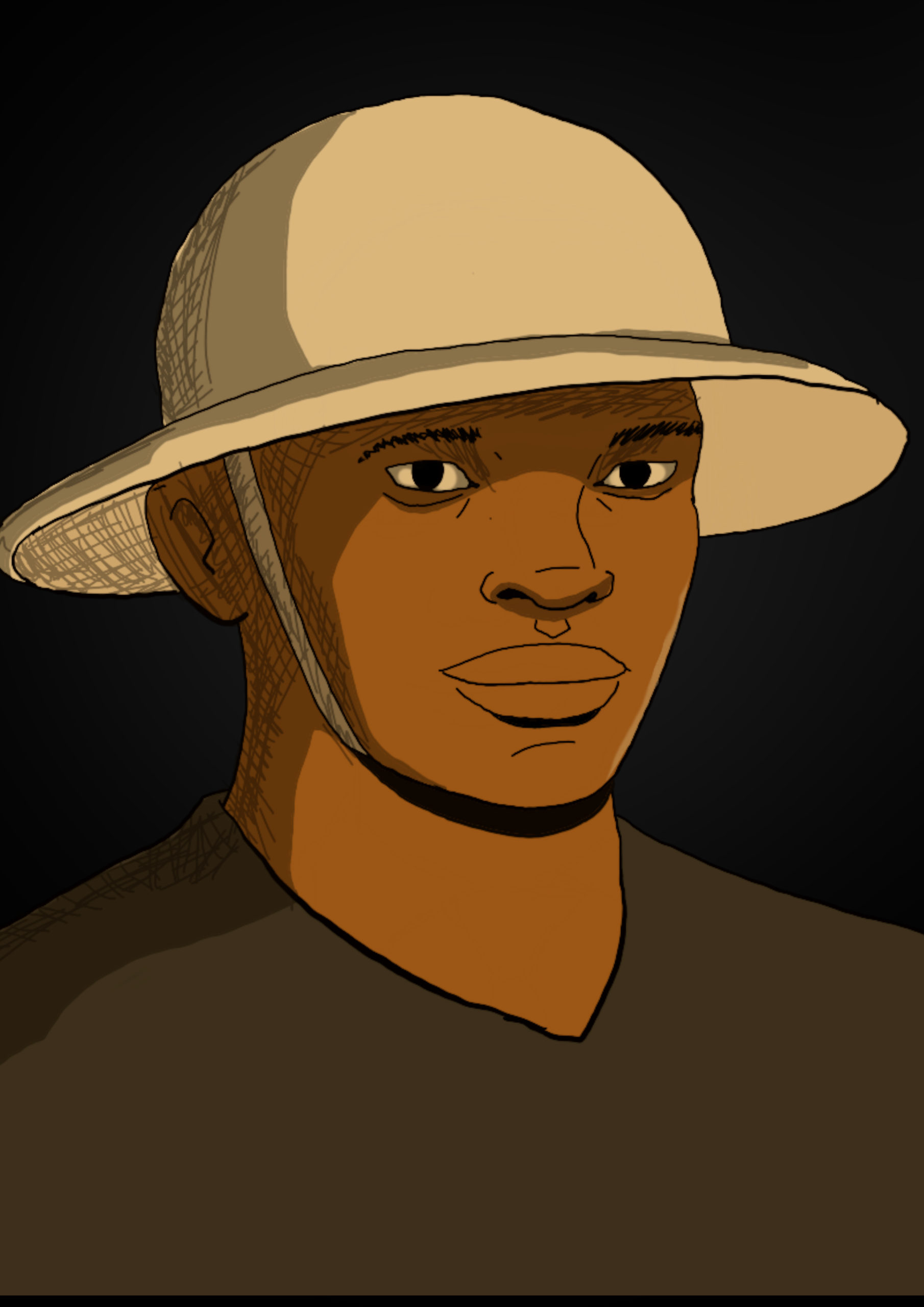 The people of Akegbe-Ugwu at that time had a land tussle with Akwuke, a neighbouring community. Mr Ugwu and the two other arrested men were at the forefront of this struggle. Mrs Ugwu believes her husband and the men were targeted arrests. Her first daughter, 25-year-old Nnenna, supports her argument. Nnenna recalls that her father told her that one of the SARS officers had told him to pay five million naira to regain his freedom, as some members of the Akwuke community had ordered his death by paying 500,000 naira to the SARS officers. Nnenna says her father rejected the offer.

And the man died

On July 21, Mr Ugwu died in the clinic of the Enugu prison. His remains were taken to the University of Nigeria Teaching Hospital (UNTH), Ituku Ozalla, where an autopsy was conducted and a verdict reached: He had died from a lethal injection administered to him in SARS custody.

Mr Ugwu’s family filed a petition against the SARS officers and went to court in March of 2010.

In 2011, the court ruled in their favour and demanded that they be compensated with the sum of five million naira. Instead, the family received 1,090,000 naira, which Mrs Obiageli Ugwu shared with her husband’s second wife in the presence of their lawyer. The family is yet to receive the rest of the compensation.

After Mr Ugwu was buried in June 2012, the family returned to court twice, demanding the remainder of the money. But they kept getting tossed to and fro, and have grown tired of following up.

Mr Ugwu’s family has struggled financially since his death. His pickup trucks were sold to pay bills. His workers at the garri-processing plant embezzled money and sold some of the machines. His wife’s business collapsed.

His daughter, Nnenna, could no longer pursue her dream of becoming a medical doctor and had to get married in 2017 at the age of 22. Nnenna’s other siblings have dropped out of school, too, and taken up different small-scale businesses.

Nnenna says, “I love and miss my father. Most times, I feel like he is still here.”

#MySARSStory: A man of the people killed by SARS