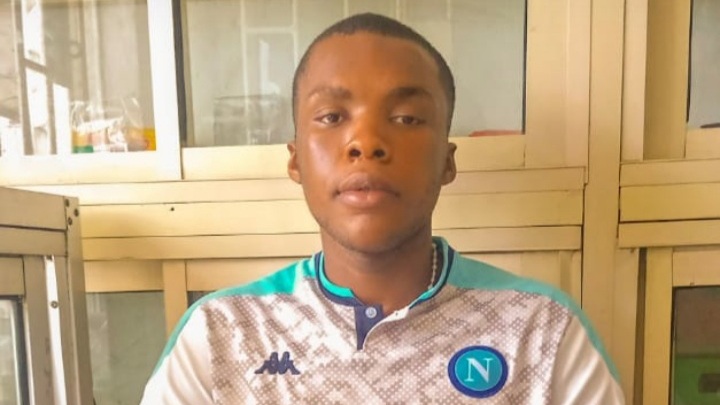 When a final-year student found himself in trouble with his university’s authorities, he never expected the case would eventually draw in SARS and garner national attention.

I was tired, waiting for sleep, but it was trouble that came to me.

Officers of the Inspector-General of Police (IGP) tactical squad from Abuja stormed my family residence in Warri, Delta State. It was 6:30 a.m. on Saturday, January 19, 2019. The officers had come to arrest me.

When my surprised father asked the officers about the crime I had committed, they accused me of kidnapping Chuks E. Ezedum, the Vice-Chancellor (VC) of Madonna University.

Madonna University is a private Catholic university located in the southeastern town of Okija in the Ihiala Local Government Area of Anambra State.

My name is Amaechi Benedict. I’m 23. My SARS story occurred during my final year as a Mass Communication student at Madonna.

Earlier, in November 2018, I was among six students and a lecturer who came under fire for, according to the university’s petition to the Inspector-General of Police, tarnishing the reputation of the university on the Internet.

But I did not have ties with Linda Ikeji. I still do not.

The lecturer, the other five students and I were arrested and slapped with the same accusation: kidnapping the VC of Madonna.

The officers took the seven of us to the Central Police Station (CPS), Onitsha, Anambra State, where we spent 31 days in a cell without being charged to court.

I do not understand why we spent that number of days in police custody, only that the police kept claiming they were investigating the matter.

In those 31 days, I did not have my bath or brush my teeth. We were congested in one small cell. It was hell.

Charged after 31 days of detention

Eventually, the officers took the other six people and I to the Federal High Court, Awka, the state capital. But the judge told the police to return to CPS because he did not understand the case as it was not properly presented.

At CPS, the Divisional Police Officer (DPO) refused to accept us back into the station. The DPO had reconsidered his stance: he wondered why the officers had kept ‘children’ in prison for 31 days without charging them to court; and so he no longer wanted to be a part of breaking the law.

The police officers took us to the Special Anti-Robbery Squad (SARS) station in Awkuzu, a town in the Oyi Local Government Area of the state.

At Awkuzu SARS, a place meant for hardened criminals, the Investigating Police Officer (IPO) of the tactical squad, named ‘Okonta’, wrote in the charge sheet that we (the six persons and I) were kidnappers. 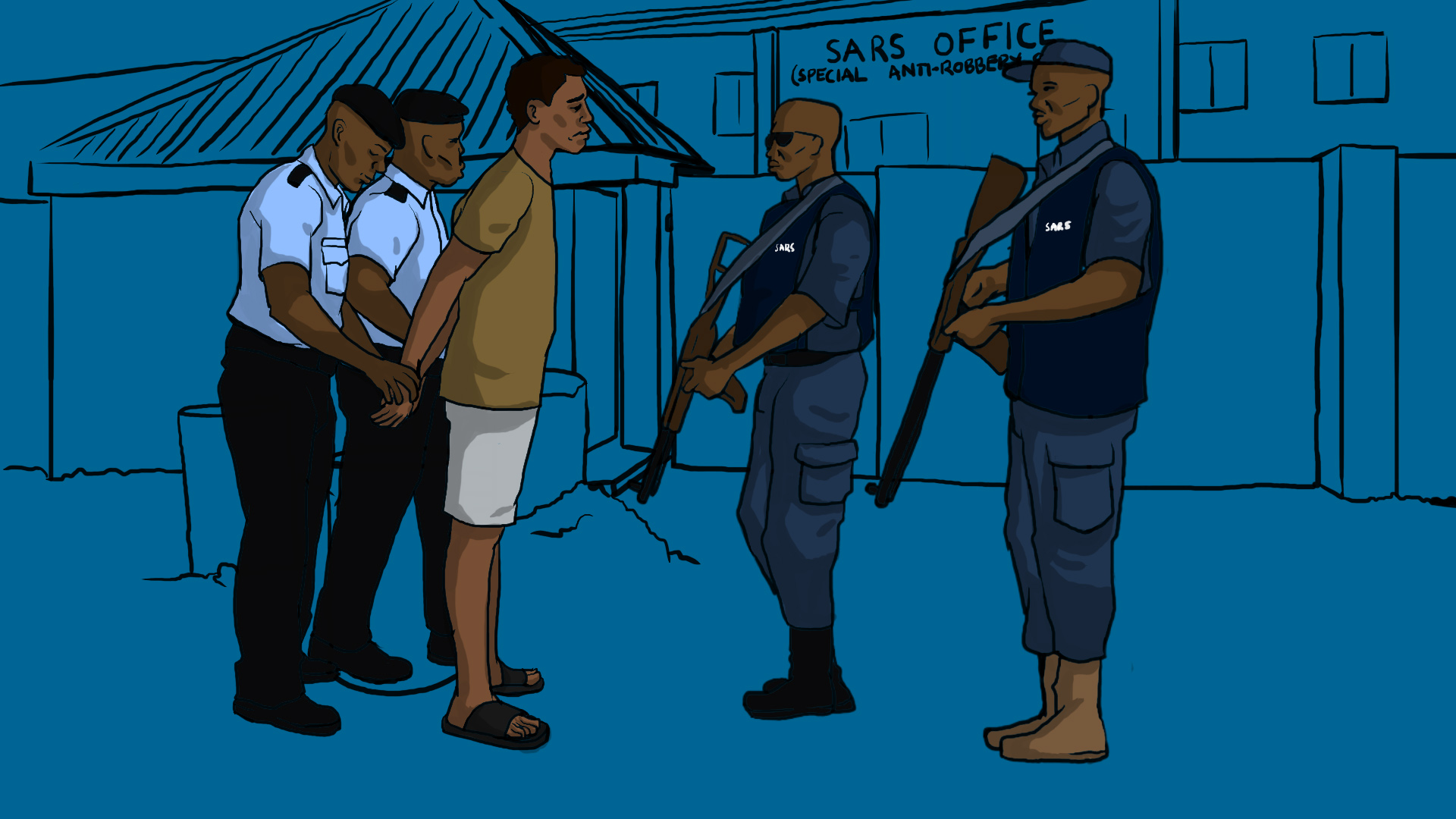 We ended up spending one week at Awkuzu SARS, where I had an experience I have never had in my whole life.

In the duration of my stay at Awkuzu SARS, I remember eating only two small blocks of Okpa (a traditional Nigerian meal made with Bambara flour, popular in the eastern parts of the country) and drinking four sachets of water.

The cell was depressing. Torture was the culture, from both inmates and officers. The ground was sticky with the blood of people who had either been shot or were injured. The cell was crowded with prisoners, and it was in that same small blood-filled space where everyone ate, urinated and defecated. No one bathed in the cell.

The SARS officers had a torture technique dubbed ‘hanging’. They would bind the hands and legs of inmates to their backs and place a rod in between, lifting and leaving them to suspend in the air.

Some inmates, especially those they called ‘Boss’, physically attacked fellow inmates. The ‘Bosses’ would also snatch food meant for other inmates. There were times I thought I would die out of hunger. It was tough.

I also noticed SARS officers smuggling hard drugs into the cells for inmates. To make matters worse, extrajudicial killings seemed to be normal too. I remember a time when I heard gunshots inside the compound of the station. Somebody then shouted, “They don kill am!” I was later told that happenings like that were not unusual, as SARS officers would come into a cell and call out a person’s name – with the next thing heard being a gunshot, and the person called never returning to the cell. 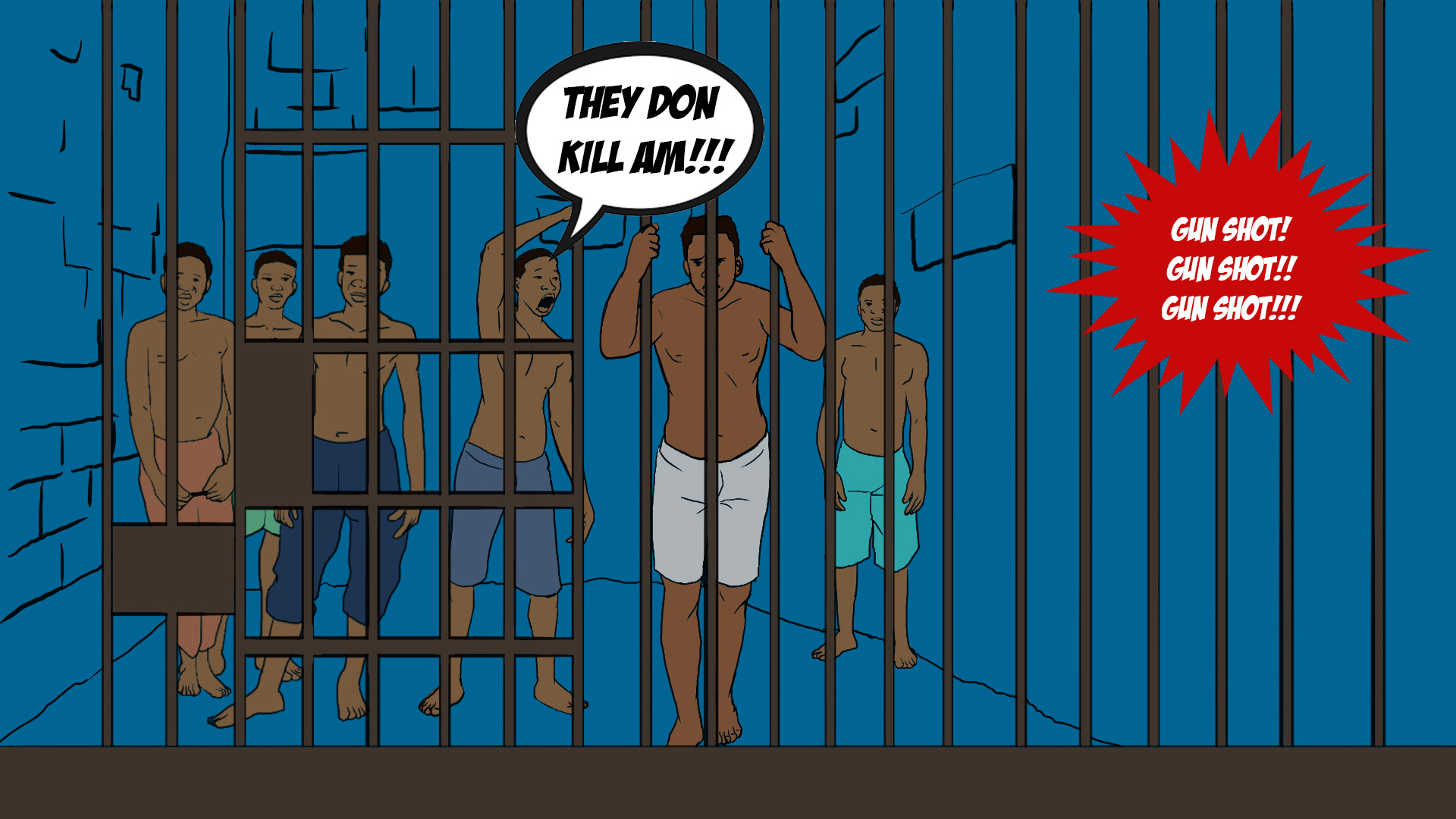 All through my stay at Awkuzu SARS, I never saw my parents. After I came out, I asked my parents whether they had been visiting the station, and they confirmed they had been coming, except they were not allowed to see me. They also brought food on each occasion which never got to me. It was clear the SARS officers were not only killing and torturing and extorting and blocking visitors, they were also eating food meant for inmates.

Before we (the six and I) were charged to court on February 18, 2019, Madonna University changed the charges from multiple kidnapping into cybercrime and malicious writing.

‘Two years detention planned for us’

I believe the owner of Madonna University, Father Emmanuel M. P. Edeh, a 73-year-old Catholic priest, had planned to keep us in prison for two years.

Father Edeh used the police, who were always at his disposal, to intimidate us. You know how people with money control structures in our corrupt system. Family and friends who had gone to beg Father Edeh on our behalf reported his reluctance to set us free.

Our arrest and subsequent detention sparked an online movement, with the #FreeMadonaSevenNow campaign trending on Twitter. Movements like the #TakeItBackMovement were at the forefront of the struggle to regain freedom for us. The #FreeMadonaSevenNow campaign began in early July that year after the National Association of Nigerian Students (NANS) protested at the premises of the court in Awka.

If it hadn’t been for the story of our arrest trending online, we would still be in the custody of SARS.

Granted bail, but not released

At the Federal High Court in Awka, Babatunde Quadri, the presiding judge, in July 2019, set bail for us at one million naira each and provision of a senior-level civil servant with landed properties. After the court hearing, the seven of us were remanded in Awka Prison.

With the help of family and friends, the seven of us fulfilled our bail conditions. 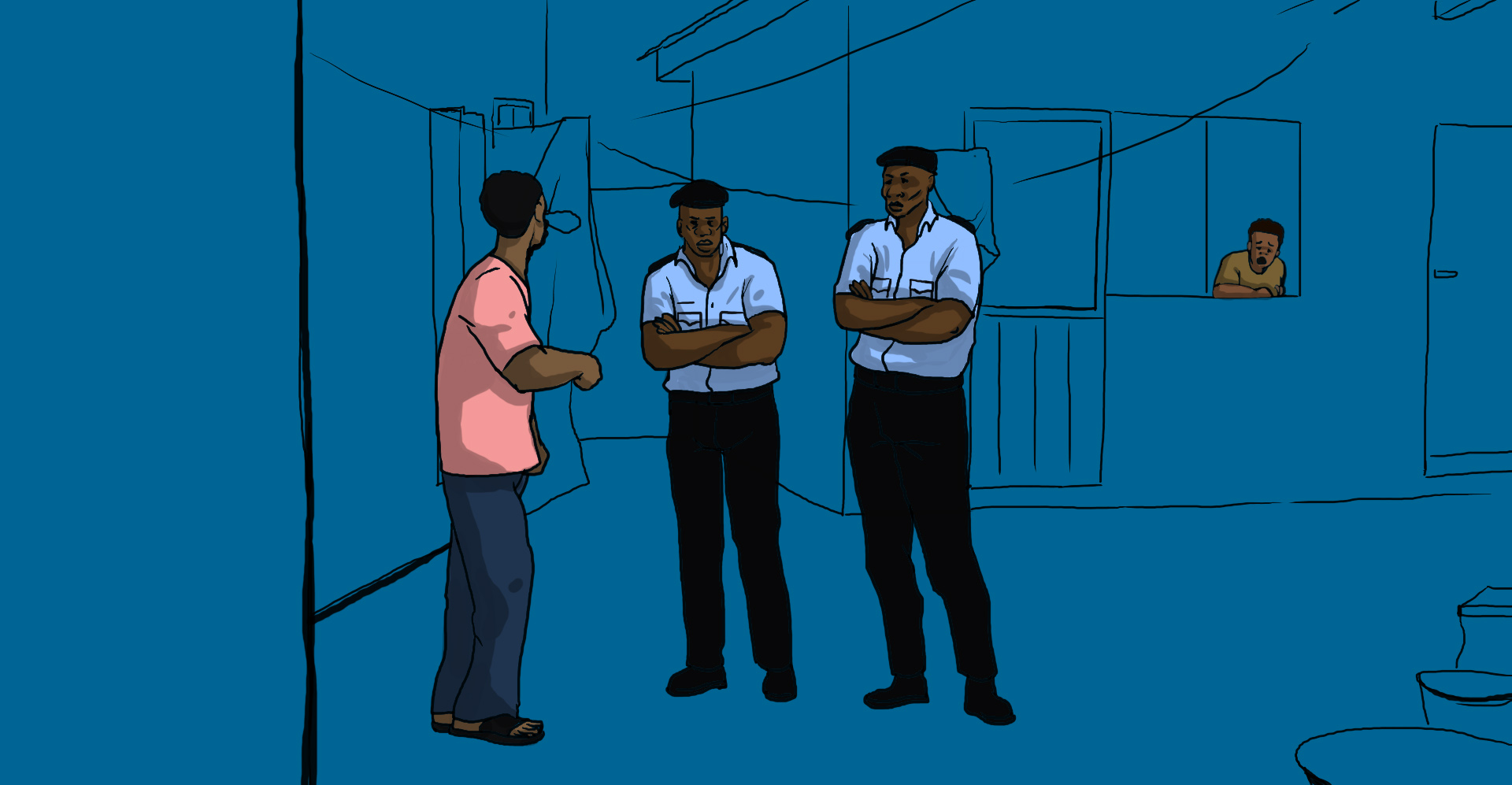 But there was a snag. The prosecution team, led by Austin N. Oboh, made it impossible to secure bail. When the court told us to go and verify the sureties, we came back to court after having failed to verify them, with the letters also unsigned.

Because of this, the seven of us had to spend months in prison.

I remember the judge being fond of missing court hearings. I counted about four sessions he missed.

It was on July 3, 2020, two days after our case started trending on Twitter, that the judge finally flew from Abuja and ordered our immediate release.

I was happy when we were released. Before then, I had heard that NANS, led by the Vice-President, National Affairs, Chidi Ilozobe, had staged a protest in support of us and I looked forward to reading what the national dailies had to say about the case.

After our release, several peace talks were held to resolve the matter.

The VC of Madonna University asked us to apologise to the school so that our results would be released to enable us to enrol on our National Youth Service Corps (NYSC) programme.

I am free, but I am yet to heal. My time at Awkuzu SARS was the most horrible experience of my life.

ANALYSIS: How state governments cheat oil-producing communities in use of 13% derivation fund