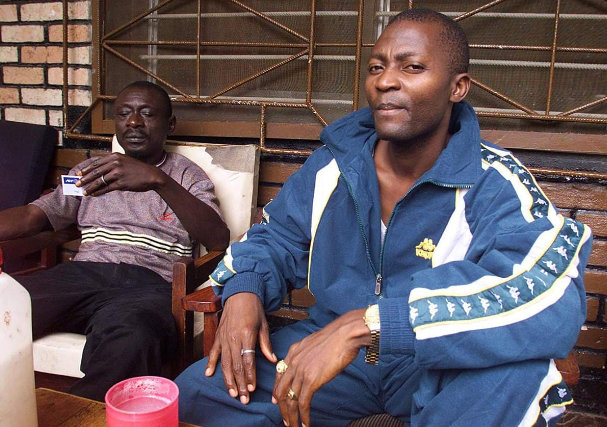 "...he sent for his board and called out my two friends that went with me. He put their necks on the slaughtering board one by one and cut them off,” the witness said.

Monrovia – A woman told the Finnish court hearing the war crimes case of Gibril Massaquoi that the former rebel commander killed a pregnant woman to settle a bet with his men over the sex of the fetus.

She said the incident happened in 2003 in Monrovia.

“He brought a pregnant woman, and right away he and his boys started to argue whether the unborn child was a boy or girl,” the woman, identified as “Civilian 72,” the second witness, told the court on Tuesday. (The court has ordered journalists to conceal the witnesses’ identities for fear of reprisal and intimidation.) “Within no time, he opened the woman’s stomach right before us and took the child out and said ‘I told you this child was a girl.’”

The witness said she was 14 at the time, lived in ELWA community and had gone to Waterside to purchase used clothes before they were captured.

She said pro-government militiamen later took her and other marketers to Massaquoi at a checkpoint decorated with human intestines and an impaled human head. The witness said Massaquoi escorted them to the bridge and it was then he allegedly executed the woman.

Right after the woman’s execution, she told the court Massaquoi beheaded two of her friends.

“He sent for his board and called out my two friends that went with me. He put their necks on the slaughtering board one by one and cut them off,” the witness said.

She added the rest of them were tied up and taken to the Twelfth Houses in Paynesville and put in an abandoned building where several people, mostly young men and women, were also kept. Some community people who heard them cry for help rescued them.

Massaquoi’s trial is held in the District Court of Tampere in Finland for crimes he allegedly committed during Liberia’s second civil war between 1999 and 2003. He denies any wrongdoing.

His trial was moved to Liberia on February 23 at a secret location to allow judges to hear directly from more than 80 Liberian witnesses. The 51-year-old faces a life sentence, 15 years under Finnish law.

Earlier on Tuesday, the first witness testified that Massaquoi ordered her arrest and execution before her relative, who was a soldier, saved her.

“They arrested me from West Point and brought me to the checkpoint,” she said. He said ‘Tied (sic) the woman and lay her down here. When her time reaches, I will send her to God.’”

The first witness known to the court as “Civilian 76” and the second witness were invited by the prosecutors, Tom Laitinen and Matias Londen.

“Civilian 76,” explaining her ordeal, alleged that Massaquoi ordered the execution of several people on a field in West Point, saying, “When you go, tell God that I, Angel Gabriel sent you.$

Massaquoi’s lawyer Kaarle Gummerus tried to discredit her testimony, and that she had made the whole story up. He questioned how she remembers something that happened almost 20 years ago &at a tender age of 14.&

But the witness said at no time did she discuss her testimonies with anyone, and at age 14, she still remembers everything that happened to her.

Unlike the first two witnesses, the last witness said that Massaquoi was in Monrovia between 2001 and early 2002, but was not involved in combat.

The defence witness said he served as the chief of protocol for Foday Sankoh, the leader of the Revolutionary United Front (RUF), and along with Massaquoi—who was a special assistant to Sankoh—participated in several peace negotiations between the RUF and the Sierra Leonean government.

“Gibril Massaquoi was like a brother to me. We worked in the same office and we were very close,” he said. “By 2000, Gibril was a diplomat now. He has no ability to be a commander now.”

“Witness 14” also told the court that Massaquoi had a girlfriend identified as Edna whom he impregnated while in Monrovia.

However, the prosecutor also drew up series of potential contradicting statements he made st both during his pretrial investigation and his testimony.

So far the court has heard 53 witnesses since it began work in Liberia.

Three witnesses are expected to take the stand on Wednesday. The court will move to neighboring Sierra Leone at the end of this week to hear other witnesses.

This story is a collaboration with New Narratives as part of the West Africa Justice reporting Project.